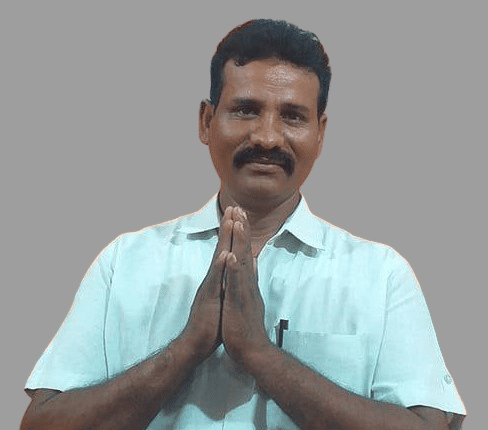 Burra Raja Shekar Reddy is an Indian Politician and current Mandal General Secretary from Rayachoti in the respective state of Andhra Pradesh.

On 27th June 1985, he was born to a couple Mr.Krishna Reddy & Mrs.Yashodamma, and grown up in a census area of Rayachoti town in the district of Kadapa from the Indian States of Andhra Pradesh.

Further, in 2005 he acquired a bachelor’s degree from Government degree College at Rayachoti.

In the year 2006, he joined the Akhil Bharatiya Vidyarthi Parishad (ABVP) which is registered in the form of a student organization.

From the date of joining, he has been working incredibly as a Town President and worked hard for the welfare of the people, constantly striving for the development of the society, and has rendered desperate services to society through the designation he has been appointed till the year 2007.

After fulfilling the responsibilities of Students’ in the year 2007, Raja Shekar joined the Vishwa Hindu Parishad and worked in the admirable position as a Town President between the years 2007-15.

Since the day he stepped into it, Raja Shekar has worked above and beyond his means as an Active Member of BJP for the development of the party and the betterment of society by carrying out his duties properly and adhering to the party’s rules and regulations.

Despite handing over responsibilities, the party was dazzled by Raja Shekar’s diligence, and in the year 2020, promoted him in the prestigious designation as the Mandal General Secretary from Rayachoti so he can stay close to the people and do things that will benefit them.

Performed a Range of Political Activities shortly after joining the BJP Party:

Joined in the Vishwa Hindu Parishad