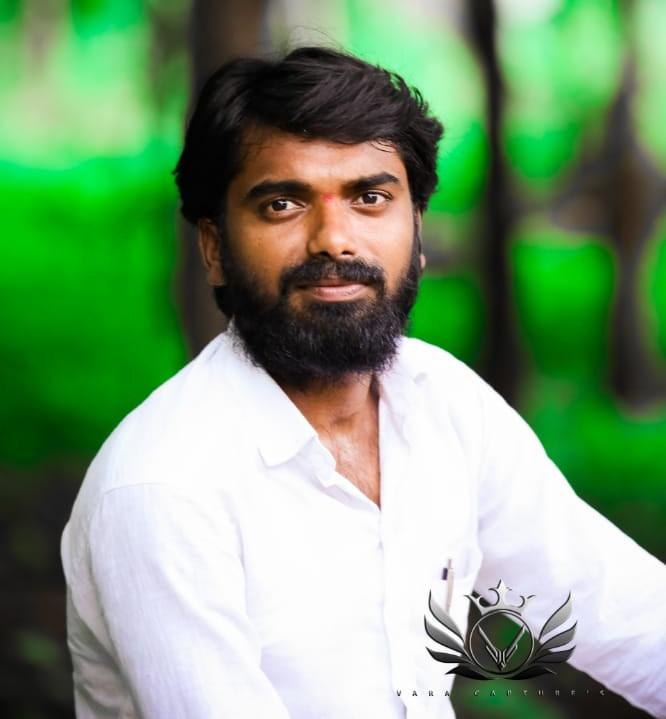 He was born on 1st September 1995 to the couple Narender and Jayalaxmi in Godhavarikani.

In 2010, Sunil Chary earned his Board of Secondary Education from Sadhana high school located at Manthani and completed his Intermediate from SRK junior college, Godavarikhani. Due to certain consequences, Sunil Chary discontinued his Degree.

He has been associated with the Student Federation of India(SFI) since childhood. His entry into politics came with a victory from the Kataram Mandal as SFI Mandal Vice President. He served as SFI Mandal Secretary in 2015. His continuous effort, tireless work made him promote Mandal President from the SFI. Sunil Chary’s responsibilities further increased after he became the Mandal President. He is more active in politics by contributing to each activity.

From 2017-2019, Sunil Chary appointed and served the designation District Vice President of Jayashankar Bhupalpally of the respective Telangana state.

Activities Undertaken to be SFI Leader:

→ SFI district vice-president Sunil Chary criticized the rulers for failing to address the problems of students. Speaking at a press conference, he said that even after years of setting up a government model school, the road facility had not been set up.

→ Under the auspices of the SFI and AISF, the RSS and ABVP have burnt the effigy on the trends being adopted by the central and state governments in the case of underprivileged students. Schools in the zone were closed in protest of the dictatorial attacks by ABVP and RSS leaders.

→ Bharatiya Vidhyarthi Samakhya district vice-president Sunil Chary has demanded that the accused in the kidnapping and murder of a seven-year-old girl named Reshma in Kottapalli village be hanged in public.

→ Kiran, district president of the Student Federation of India, demanded that the problems in public education institutions be addressed. SFI members rallied at ITI College to address academic issues.

Sunil Chary’s Service to the Public during the Pandemic

-Sunil Chary rendered his service to the people of  Dhanwada village even during the corona which terrorized the whole country.

-Sunil Chary put his effort to serve people even during the covid second wave.

Sunil Chary has been active in a variety of initiatives as an SFI leader in order to solve different concerns. 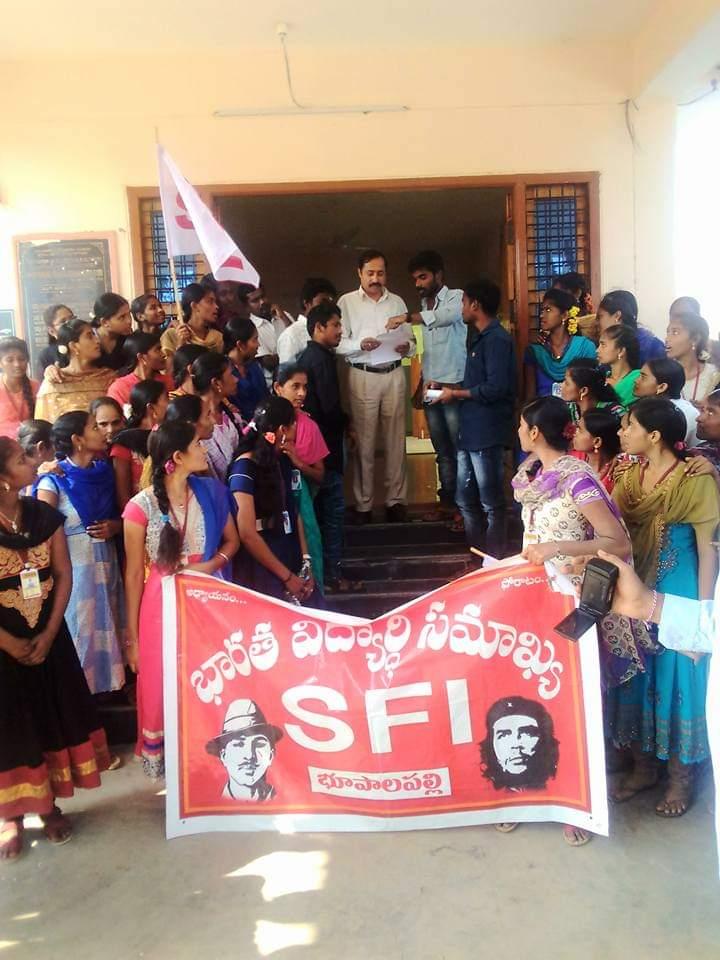 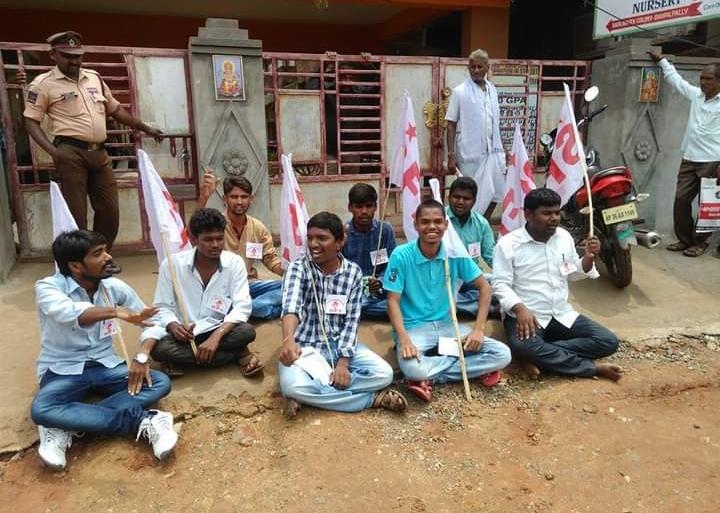 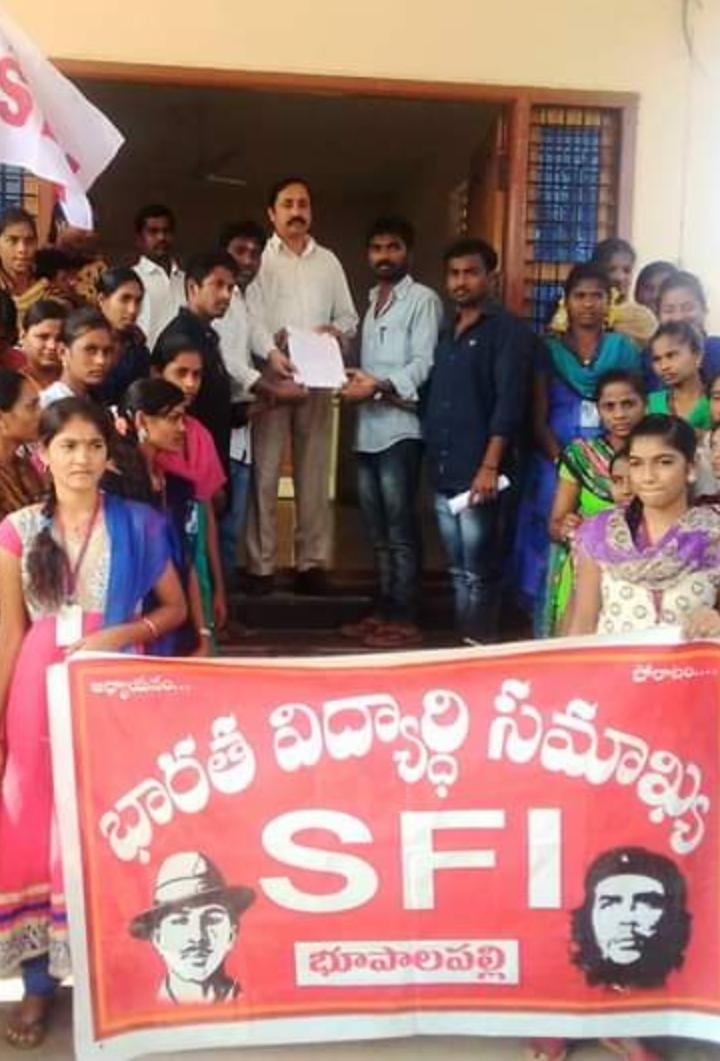 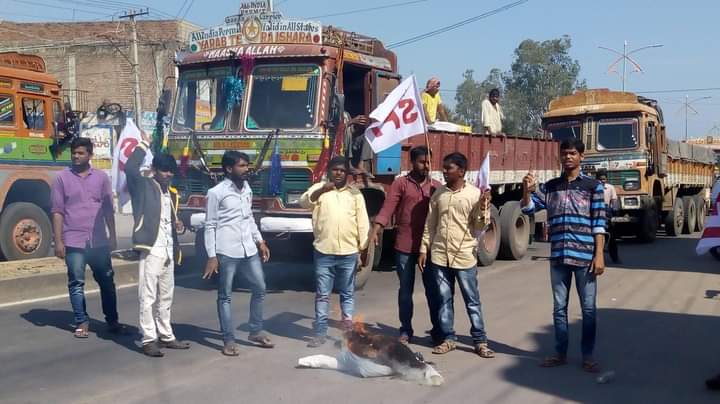 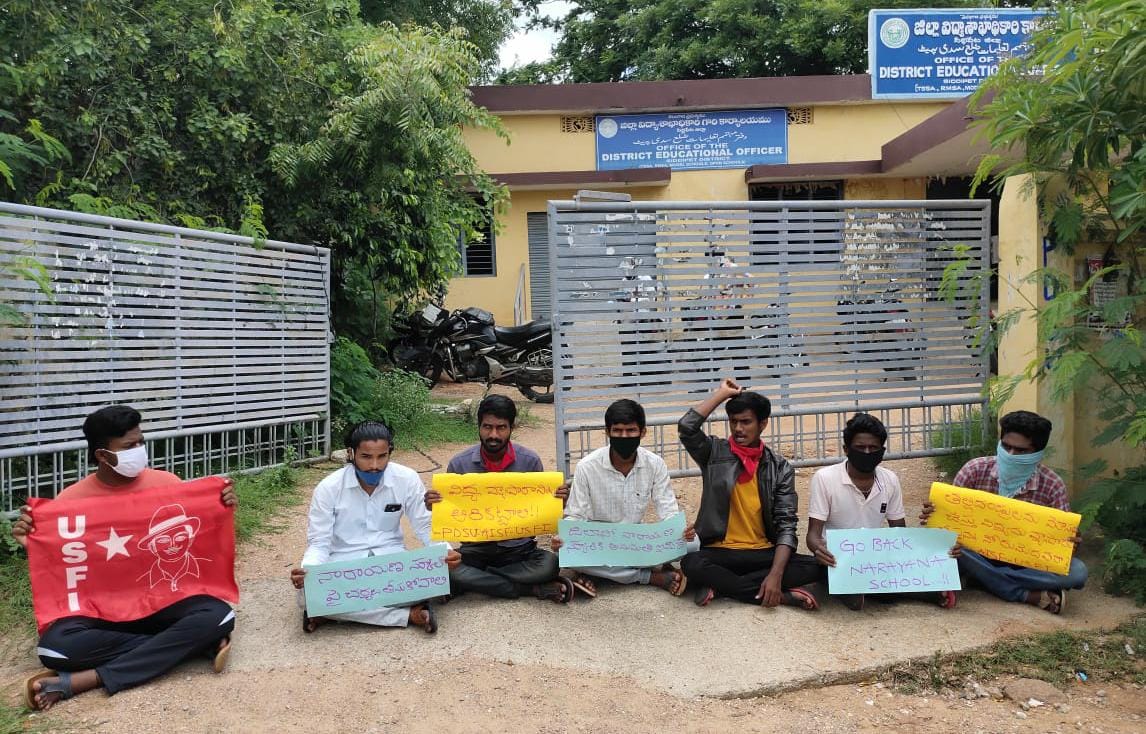 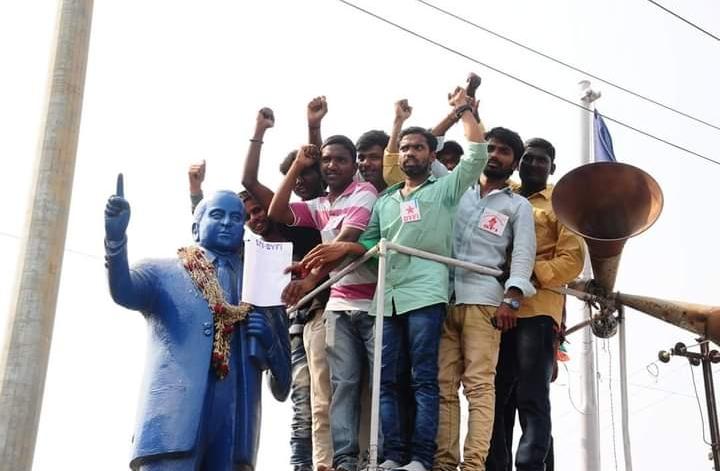 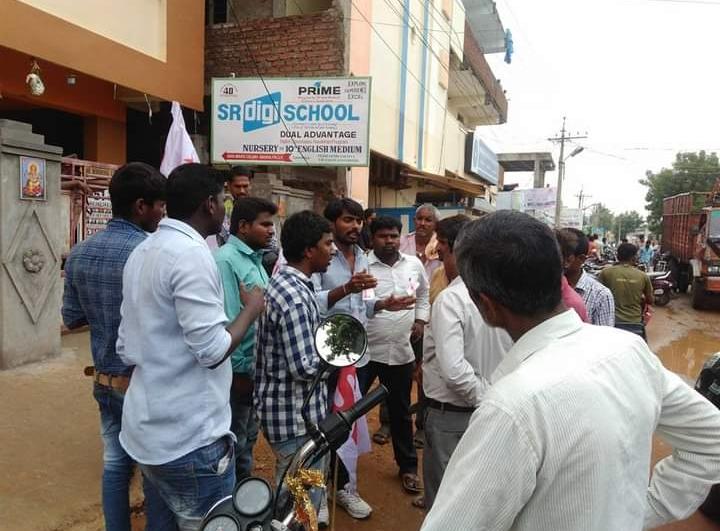 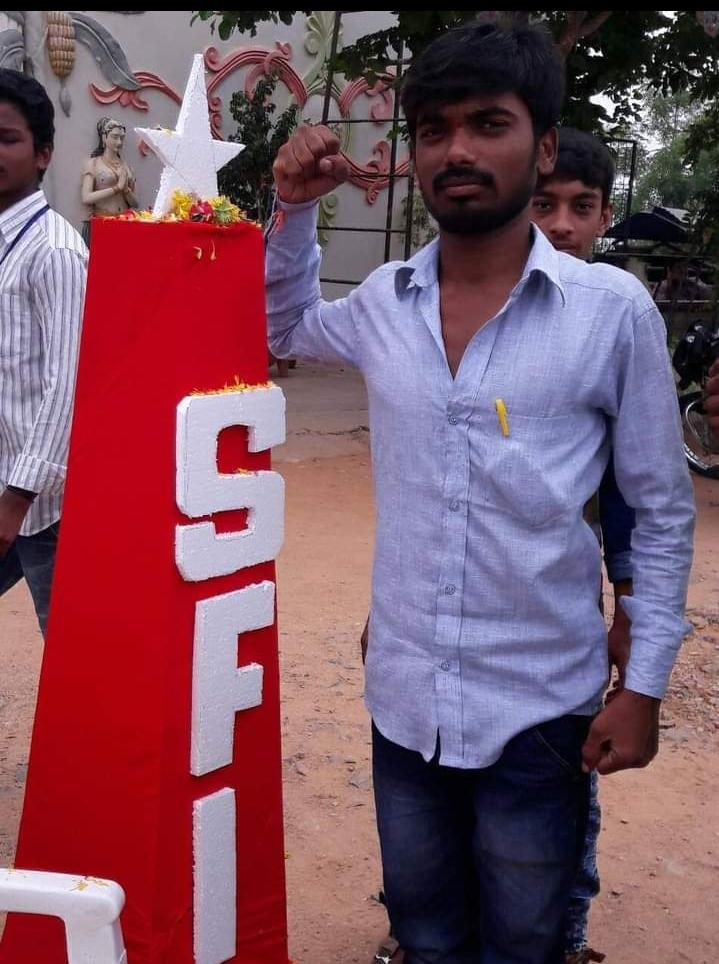 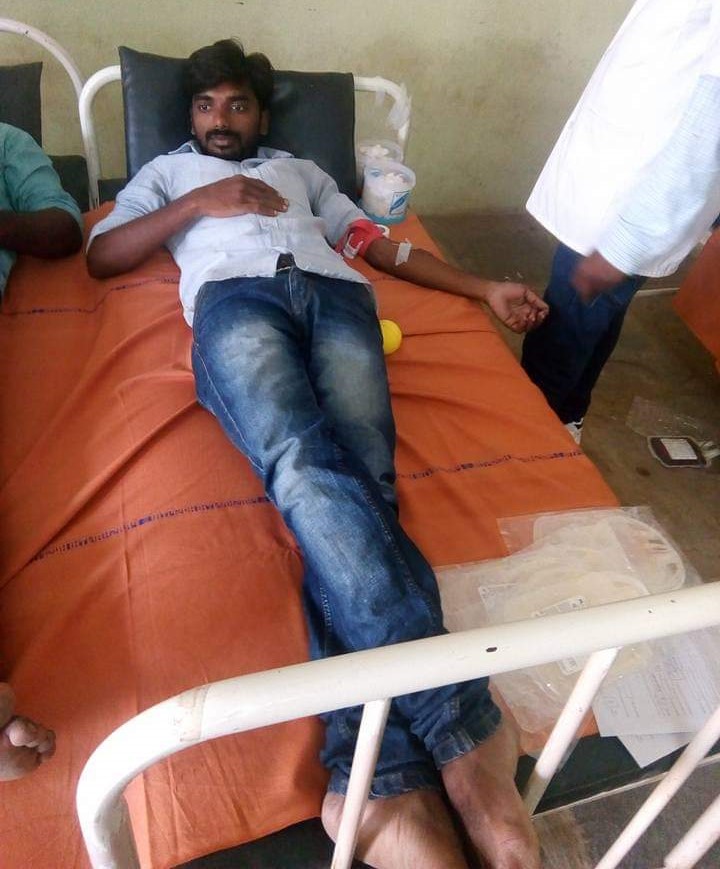 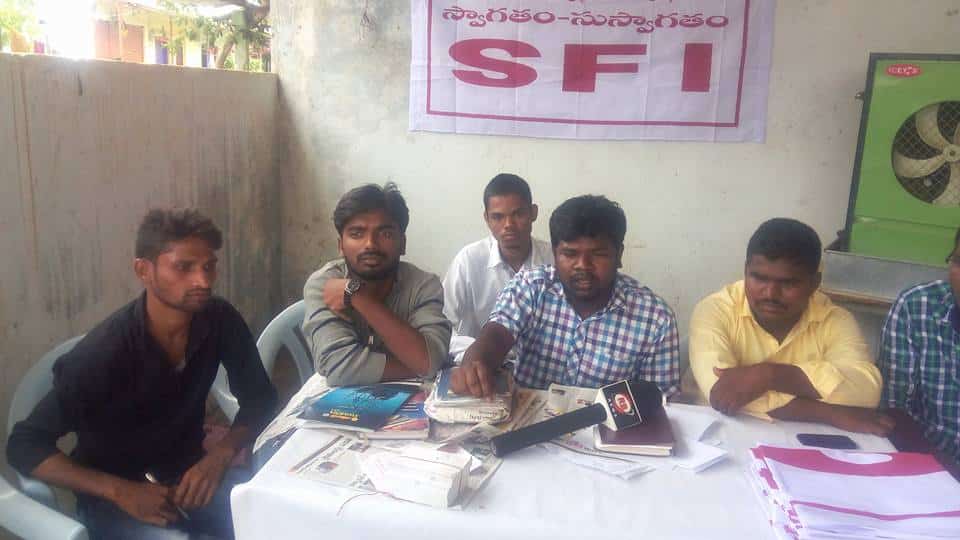 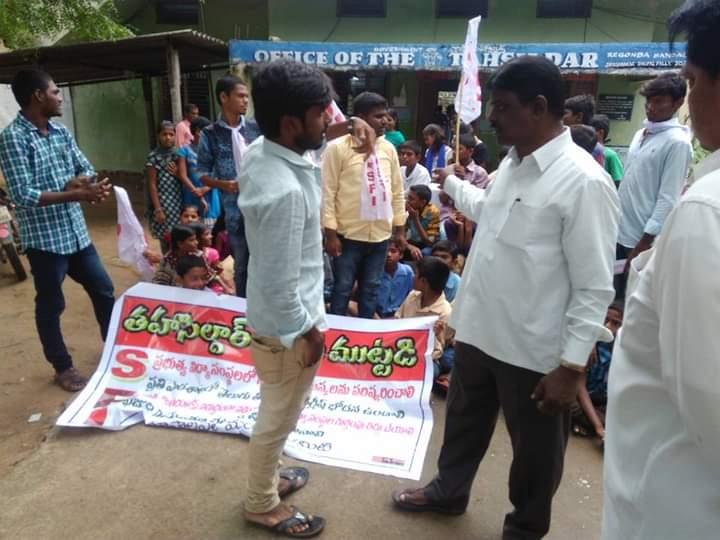 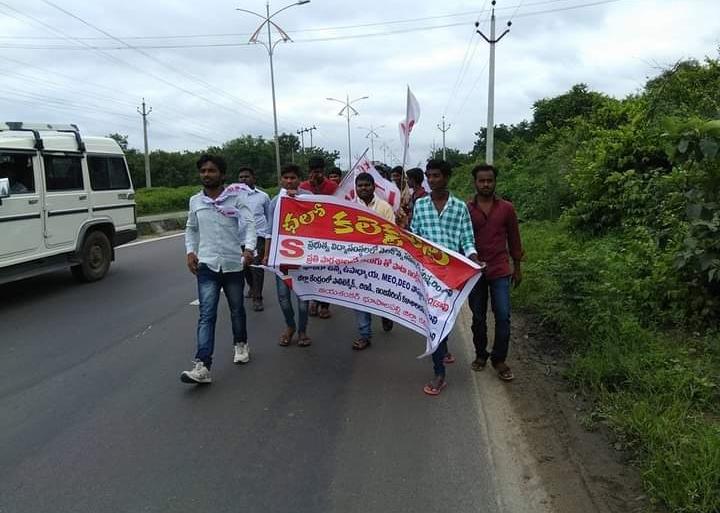 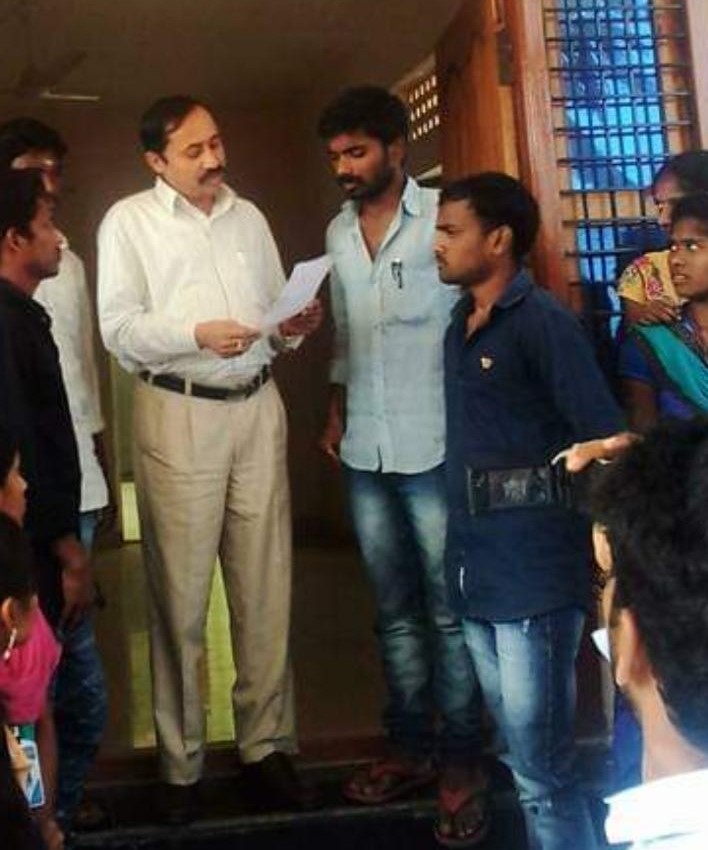 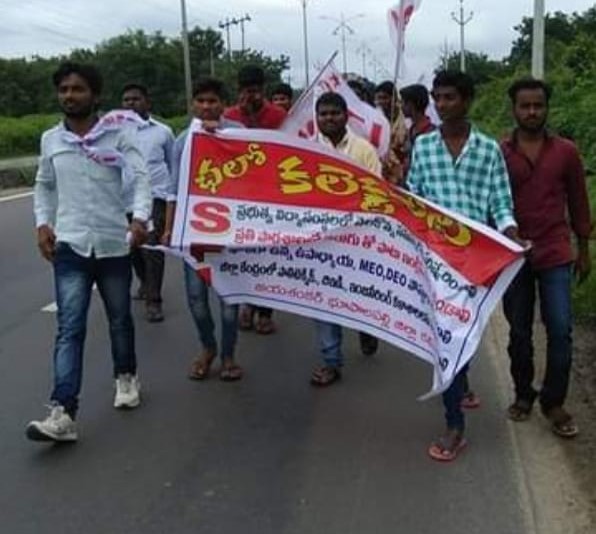 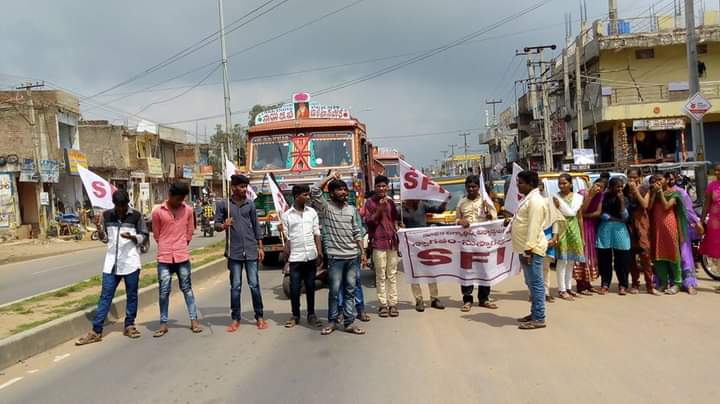 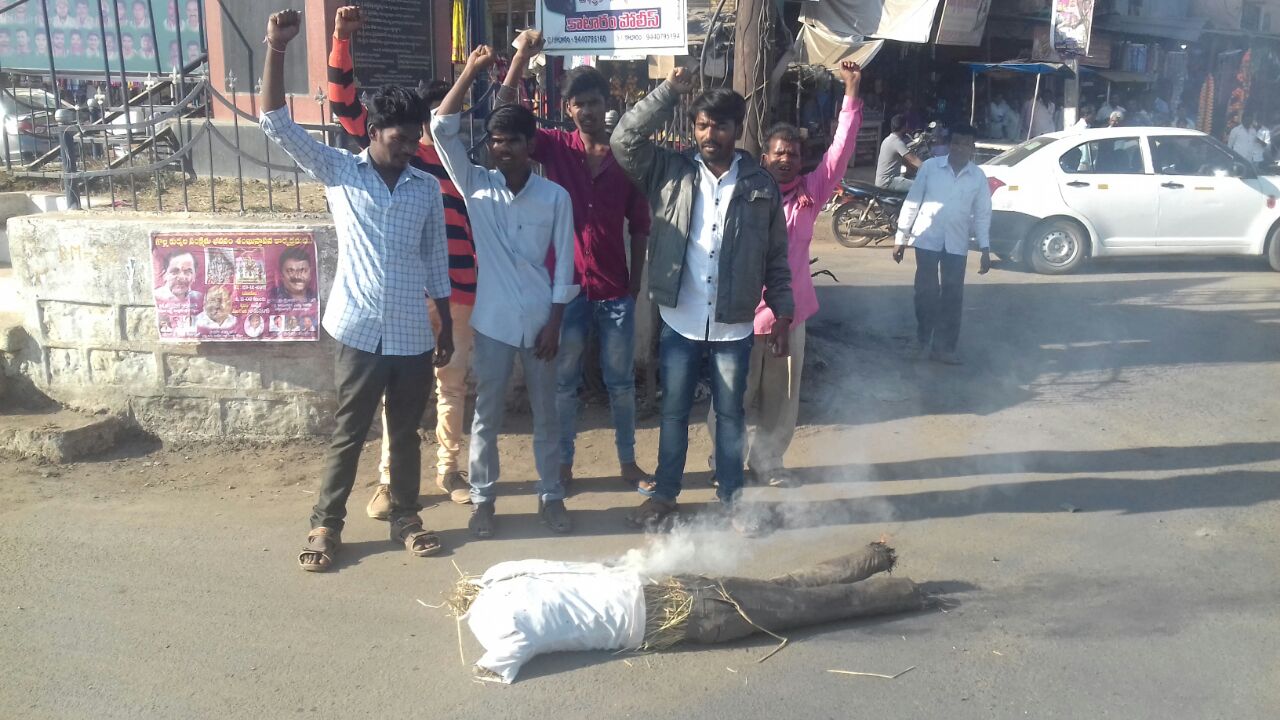 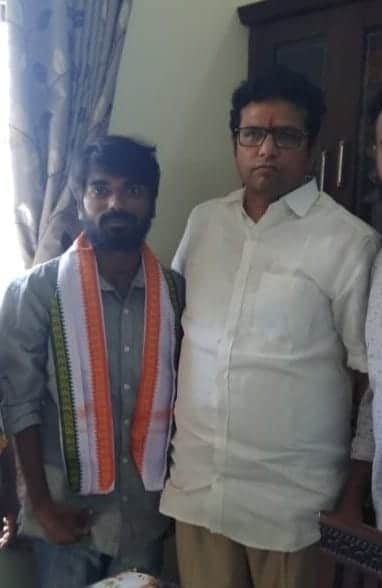 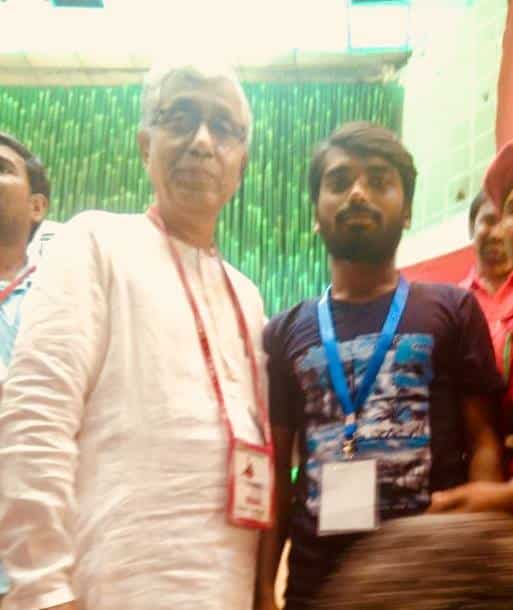 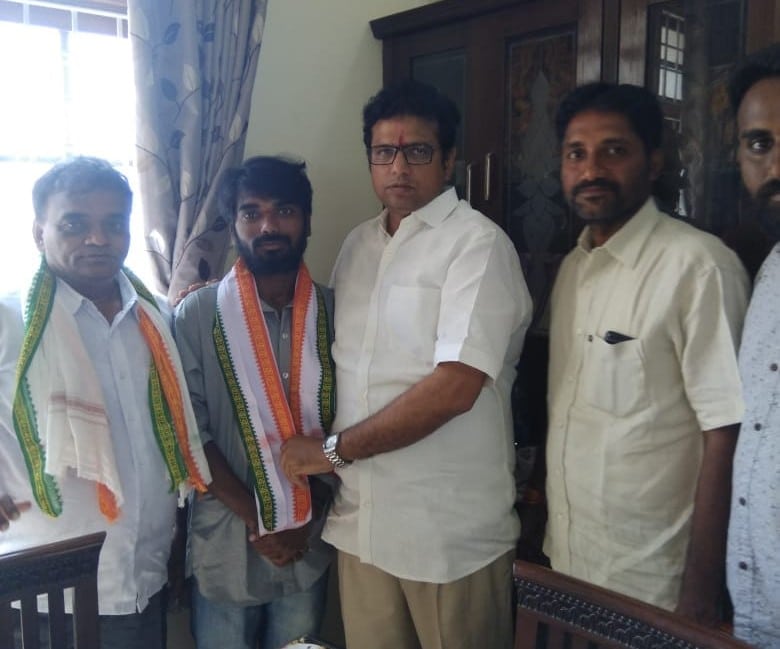 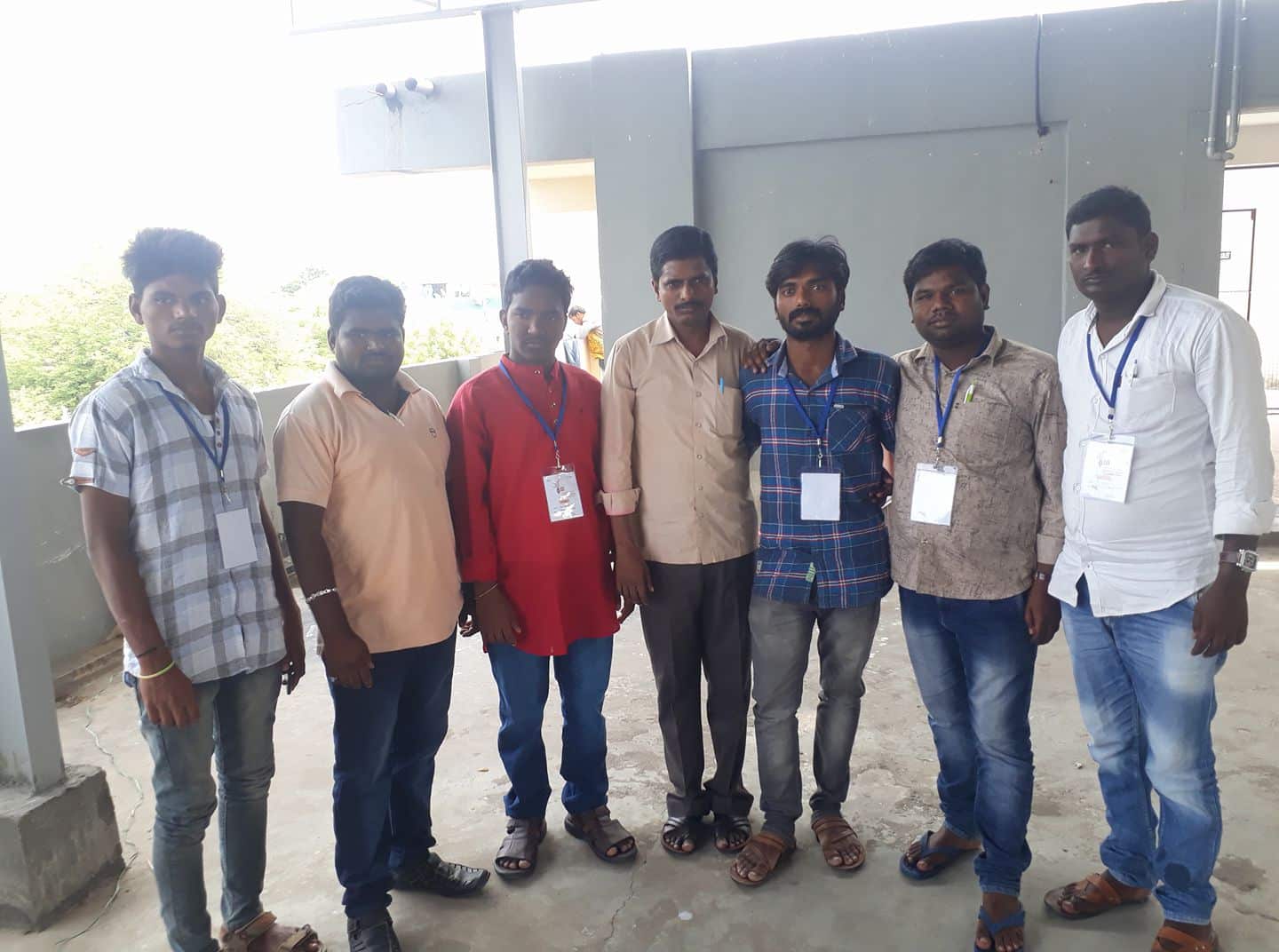 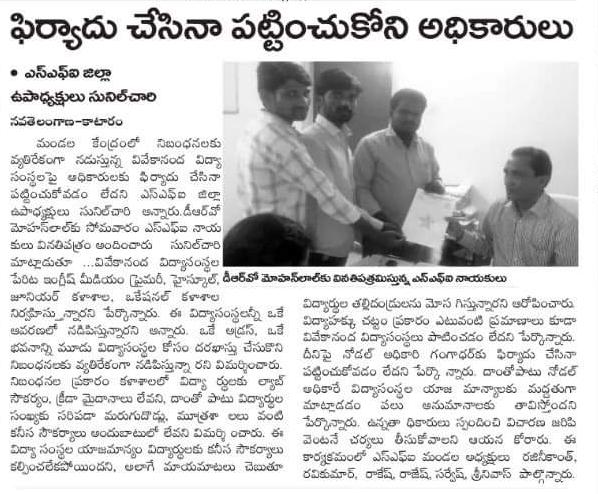 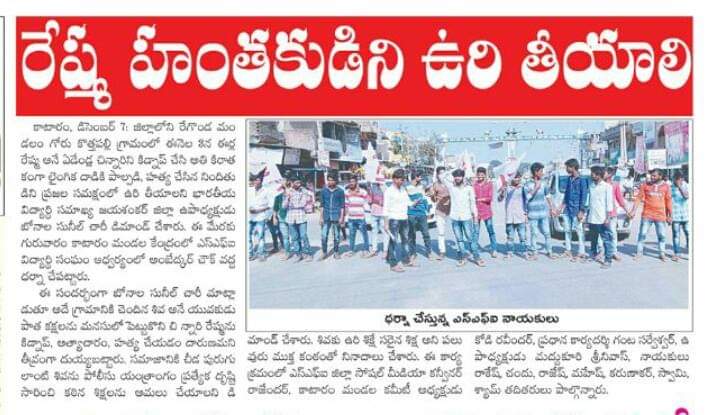 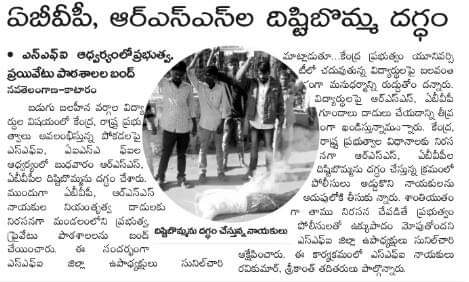 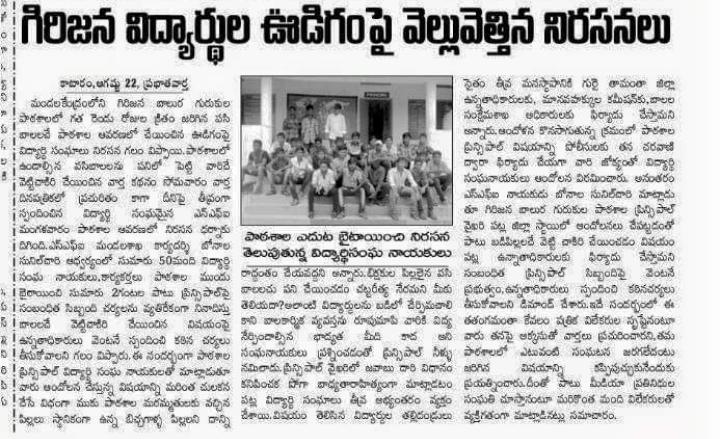 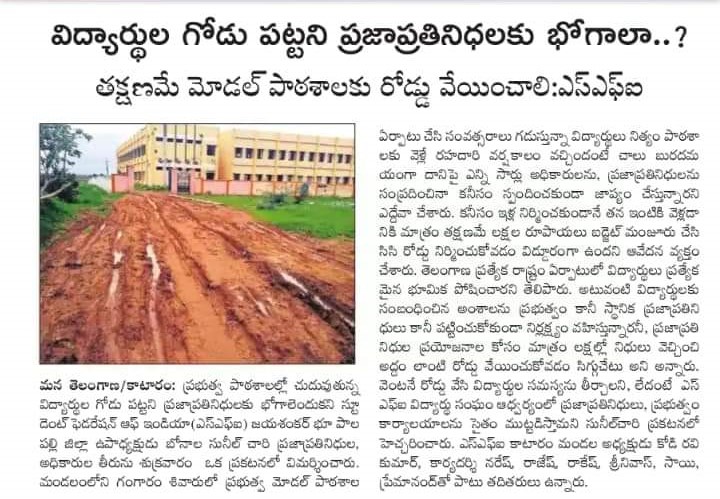 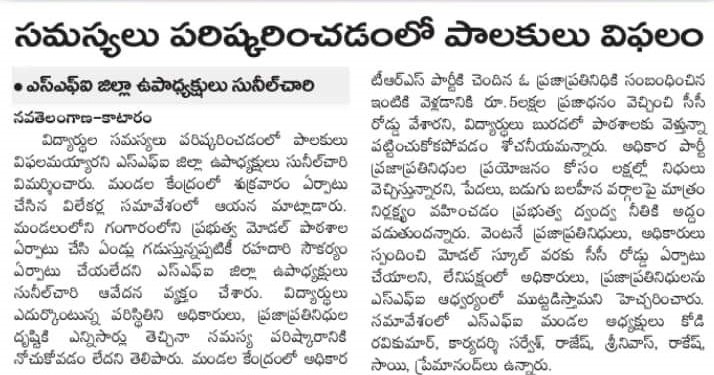 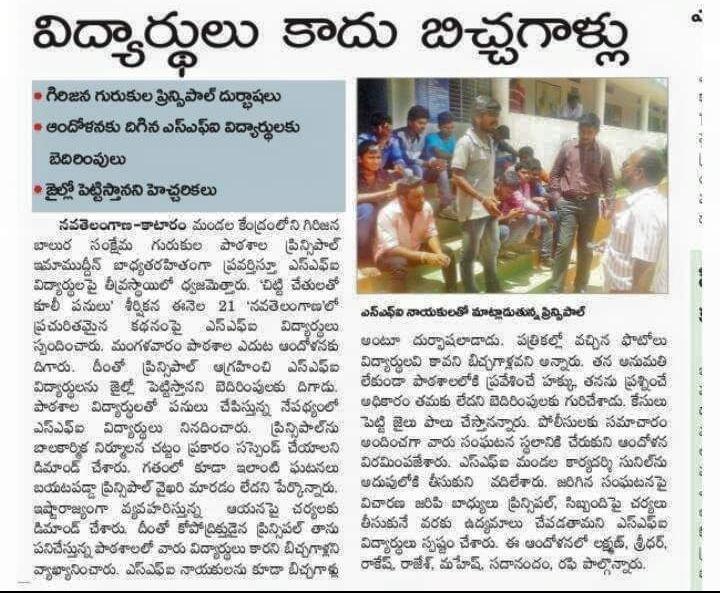 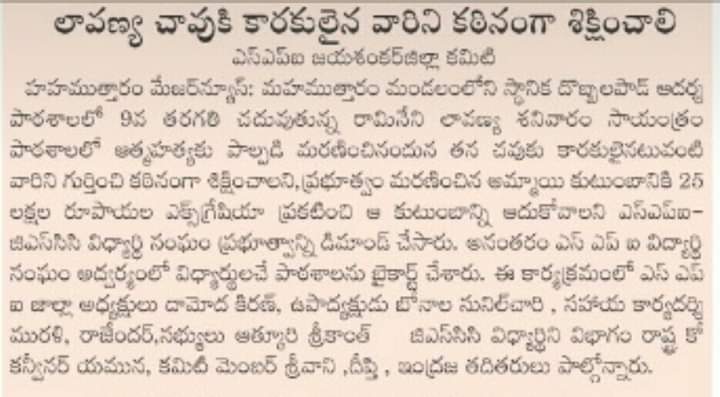 Joined in the USFI

of Jayashankar Bhupalpally from USFI