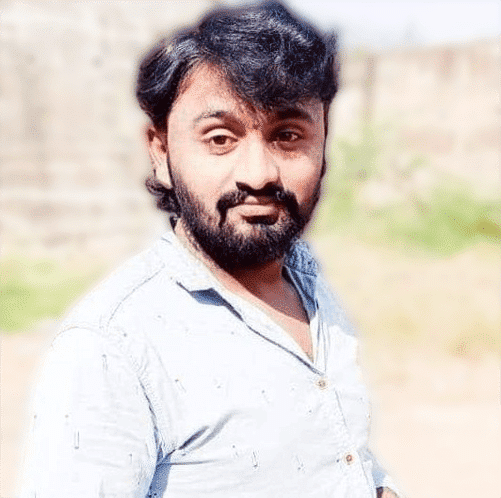 On the 03rd of August 1993, Govind Ganesh was born to the couple Mr. Venkata Subbaiah and Mrs. Venkata Subbamma and resided at the Village of Kondapeta at YSR Kadapa District in the Indian State of Andhra Pradesh.

In the year 2012, Govind Ganesh acquired his Secondary Board of Education from RR English Medium High School located at Chennur, Kadapa, and completed his Intermediate course from SVR Junior College placed at Saipet in 2014.

He attained his Graduation of Degree from Arts Degree College situated at Chennur of Andhra Pradesh.

His dedication to work and his involvement in every activity in the year 2012, earned him the President of the Vikalangula Student Federation to expand his services to the Zonal Level.

With the idea of ​​providing services to people even diplomatically, Govind Ganesh has been appointed as the District Spokesperson of YSR Kadapa from Andhra Pradesh Vikalangula Hakkula Porata Samithi (APVHPS) in 2015 and performed very hard for the well-being of the people.

Govind Ganesh to his interest in social welfare joined the Bharatiya Janata Party(BJP) as a party Activist in 2019. As a Party Activist, he executed his tasks effectively and adhered to the party’s policies and guidelines and he provided care about the people and the difficulties they face, and he worked in that capacity.

His constant attention and pure dedication to service in the year 2019, led to his promotion to the Village Youth Leader of Kondapeta by BJP to promote the proper focus on the need for effective and comprehensive expansion in people by doing his part to overcome the hardships faced by the people.