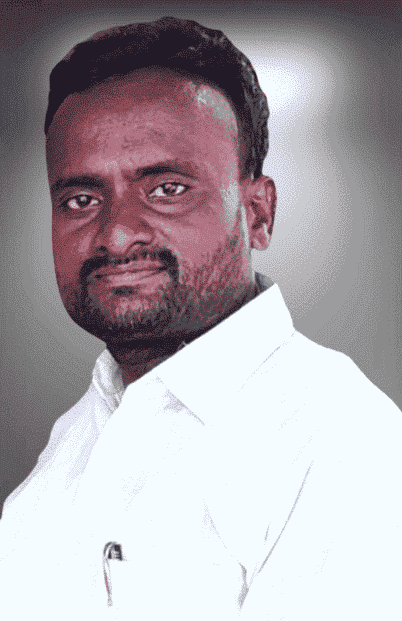 Bavuluru Ankaiah is an Indian Politician and District General Secretary from Tirupati of Andhra Pradesh State.

On April 10, 1977, Ankaiah was born to Mr Bavuluru Tirupal Naidu and Mrs Bavuluru Tirupalamma in the village of Kapugunneri Village of Srikalahasti Mandal in the Indian state of Andhra Pradesh.

In 1993, Ankaiah obtained his Secondary Board of Education from ZP High School, placed at Srikalahasti, and in 1996, he completed his Intermediate course from Government Junior College in Vanamalapeta.

Later in the year 1999, Ankaiah attained graduation with a degree from SV Degree College at Srikalahasti in Andhra Pradesh.

Ankaiah enlisted in the Hindi Pandit Training Program (HTP), and in 2017 he earned the title of Distinguished Hindi Teacher. He continued to fulfill his responsibilities as a teacher at the Rayalaseema College in Tirupati, where he generously improved the students’ education and brightened the lives of many students.

Ankaiah commenced his Political career by joining the Indian National Congress Party (INC), which is ruling under the leadership of Sonia Gandhi.

He exposed his leadership skills by serving as the INC Party Activist and working all the time for the welfare of humankind comprehensively. As a part of INC, Ankaiah expressed keen interest and performed every activity to recognize the respective party.

As he upholds the trust that the people have placed in him and maintains his service, Ankaiah was elected unanimously by the people as a Mandal Youth Leader of Srikalahasti, and he served by concentrating on the welfare of the people at the moment and dealing with the activities that will encourage Party to advance.

Since joining, he has been working incredibly as a YSRCP Party Activist, working hard for the welfare of the people, constantly striving for the development of society, and has rendered desperate services to society.

His constant attention and pure dedication to service in 2012 led to his promotion to the District General Secretary of Tirupati from YSRCP to promote the proper focus on the need for effective and comprehensive expansion in people by doing his part to overcome the hardships faced by the people.

As a Mandal Booth Committee Convenor of Srikalahasti in 2015, he demonstrated his commitment to the people by continuously working for their well-being and college development and striving hard for their benefit.

Mrs Ankaiah Neelima joined politics after being inspired by Ankaiah’s political activism. She has followed in her husband’s ways and provided philanthropic services to the public since she first engaged in politics.

For her determination, She was promoted by electing as the MPTC (Mandal Parishad Territorial Constituency) of Srikalahasti from YSRCP to discharge her duties along with Mr Ankaiah from 2014 only for the good of the people without compromising on the trust placed by the party.

In recognition of her continued service in the year 2021, the party not only promoted her to the position of Mandal Vice President from YSRCP of Srikalahasti but also increased his responsibilities to discharge his duties.

With his constant attention and pure dedication to service in 2012, Ankaiah’s brother (Chiranjeevi) joined Active Politics. He led to his promotion to the Mandal Youth Committee Secretary of Srikalahasti from YSRCP to promote the proper focus on the need for effective and comprehensive expansion in people by doing his part to overcome the hardships faced by the people.

Ankaiah’s Sister (Rekavathi) joined the YSRCP. She ramped up her service and effort by accepting the prestigious position of Agriculture Market Committee Director of Srikalahasti to provide care for the people and their difficulties, and he worked in that capacity.