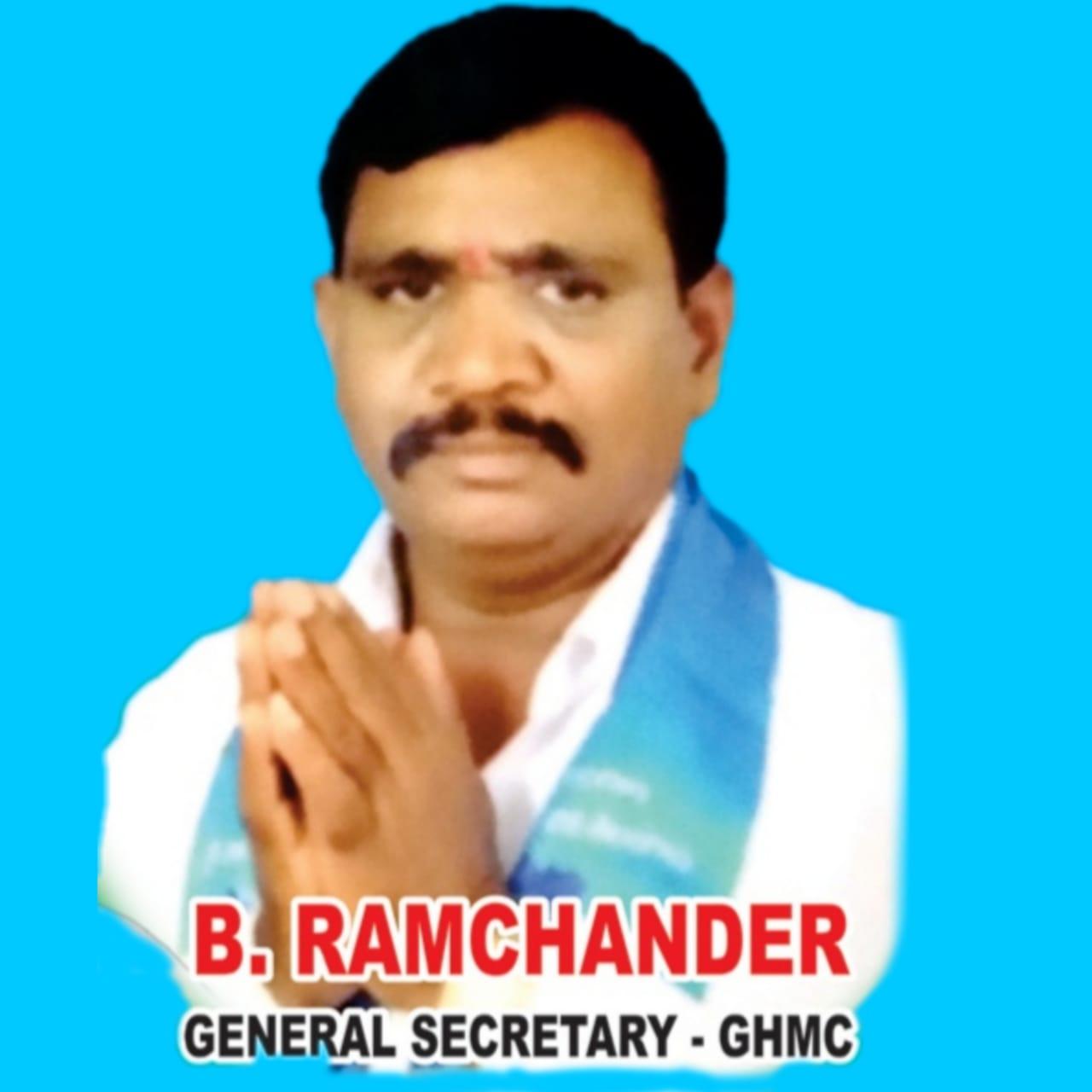 Battala Ramchander is an Indian Politician of TJS and Greater Hyderabad General Secretary in Telangana.

On the 06th of June 1968, Ramchander was born to the couple Mr. Battala Rangaiah and Mrs. Battala Yellamma and resided at Nampally in Hyderabad Distrcit in the Indian State of Telangana.

In the year 1987, Ramchander acquired his Secondary Board of Education from the Government High School located at Goshamahal, Hyderabad.

Soon after the Accomplishment of his Education, Ramchander turned into Social Activist by joining the Viswapriya Sena Sangam at Indira Nagar in 1990.

Upon joining, He was appointed as the Joint Secretary of Sangam in 1990 to ensure that the initial and subsequent tasks run smoothly and in 1997 he was designated as the General Secretary of Viswapriya Sena Sangam as a process of excessive commitments.

He extended his service and work by accepting the respectable position of Sangam President at Indira Nagar to look after the people and the issues they are facing and served with the assigned position.

In 2000, Ramchander joined the Shiva-Shakti Organization at Sandyanagar and was appointed as the General Secretary of the Organization and has been serving the people with the assigned position to the people by satisfing their necessities of them.

Ramchander began his political career in the year 2002, shortly after completing his studies, by joining the Indian National Congress (INC) Party, which was founded by Dadabhai Naroji and led by Sonia Gandhi, to address the people’s political requirements while also offering a modest service.

With the idea of ​​providing services to people even diplomatically, Ramchander served as the Youth Leader of INC and performed very hard for the victory of the party.

Later on, he joined the MIM Party in 2002 and upholds the trust that the people have placed in him and maintains his service, concentrating on the welfare of the people at the moment and dealing with the activities that will encourage Party to advance.

During the period of Elections in 2002, Ramchander contested as the 50th Division Corporator from MIM Party but the Position has been vacated.

After that, His spirit made him independently contest for the prestigious Position of MLA for the Goshamahal Constituency in 2004, however, the position has been defeated with a difference in the voting percentage.

And then, Ramchander joined the Telangana Rashtra Samithi(TRS) founded by Kalvakuntla Chandrashekar Rao who is the Indian politician serving as the first and current Chief Minister of Telangana.

He won the admiration of the people by using the responsibilities, duties, and powers assigned to him so that he joined the Joint Action Committee and served as the Constituency Convener of Goshamahal in 2016 for the good of the people without jeopardizing the faith placed in him.

Recognizing the work that Ramchander was doing for the People, He was designated as the Constituency Incharge of Goshamahal in 2017 to provide more services by continuing his duties and serving people all the way.

For his constant dedication and efforts for the welfare of humankind, Ramchander officially entered into the Telangana Jana Samithi and since then he expresses a keen interest in performing every activity for the recognition of the respective Society.

Given the efforts being made for the development of the Party, they offered him the post of Greater Hyderabad General Secretary of Telangana in 2017, and discharged his duties by being very cautious during performing the activities of the Party.

Ramchander was a Telangana Activist, During Telangana Movement i.e., from 2004-to 2014, Ramchander played an active role and fought for the creation of a new state, Telangana, from the pre-existing state of Andhra Pradesh in India. 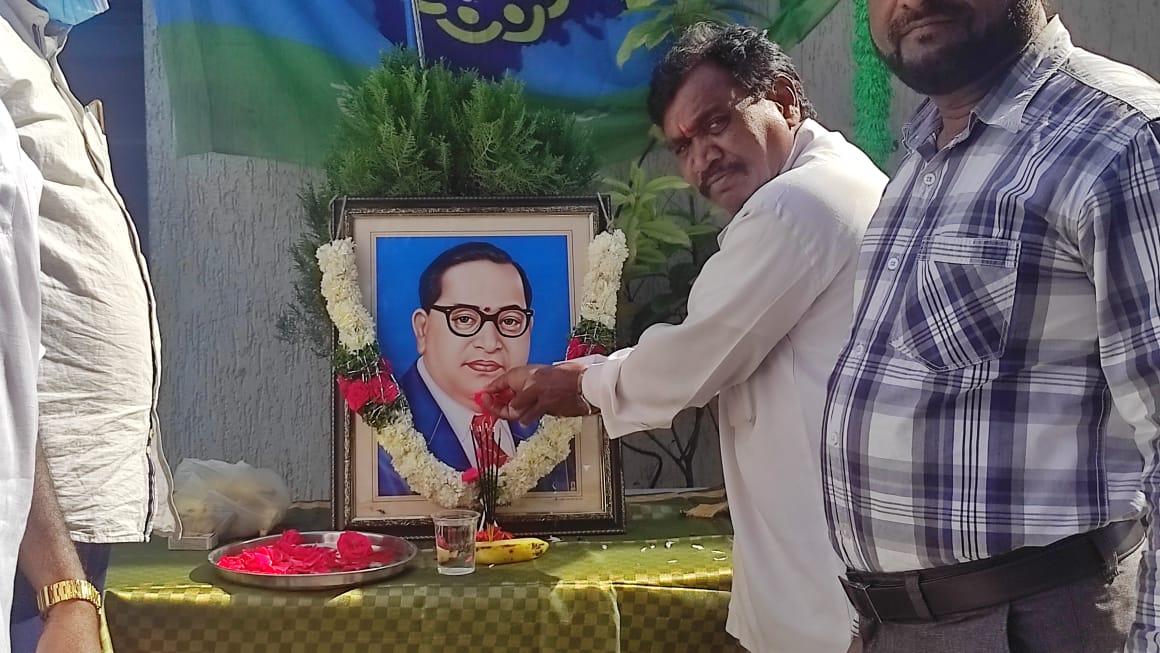 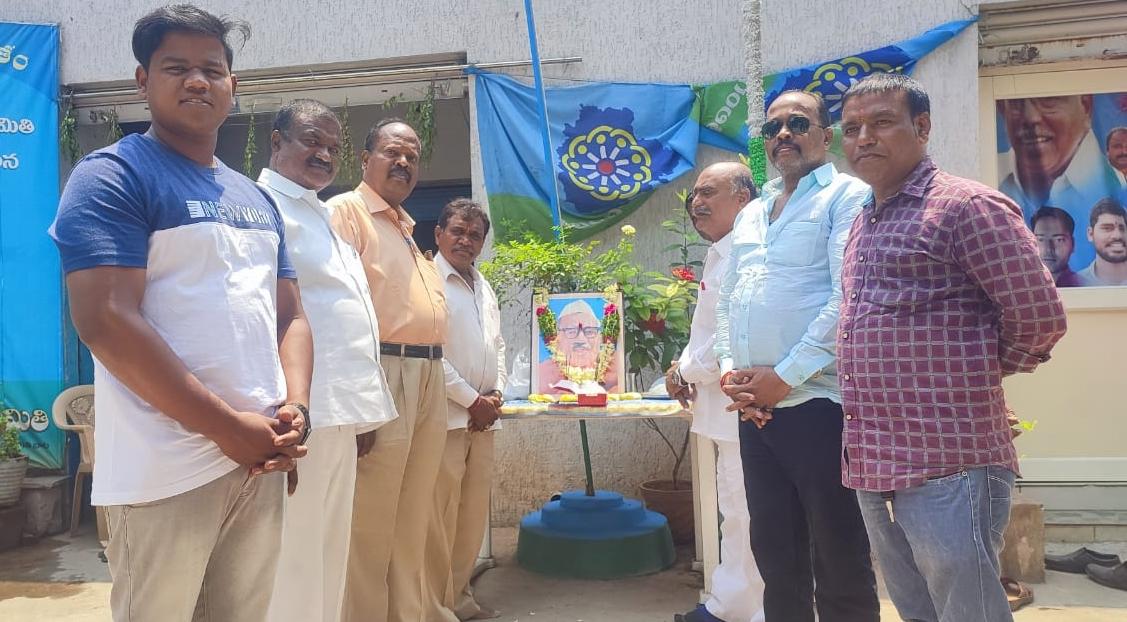 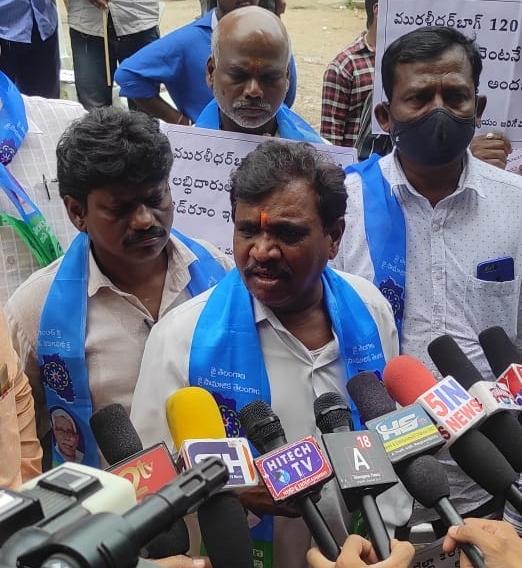 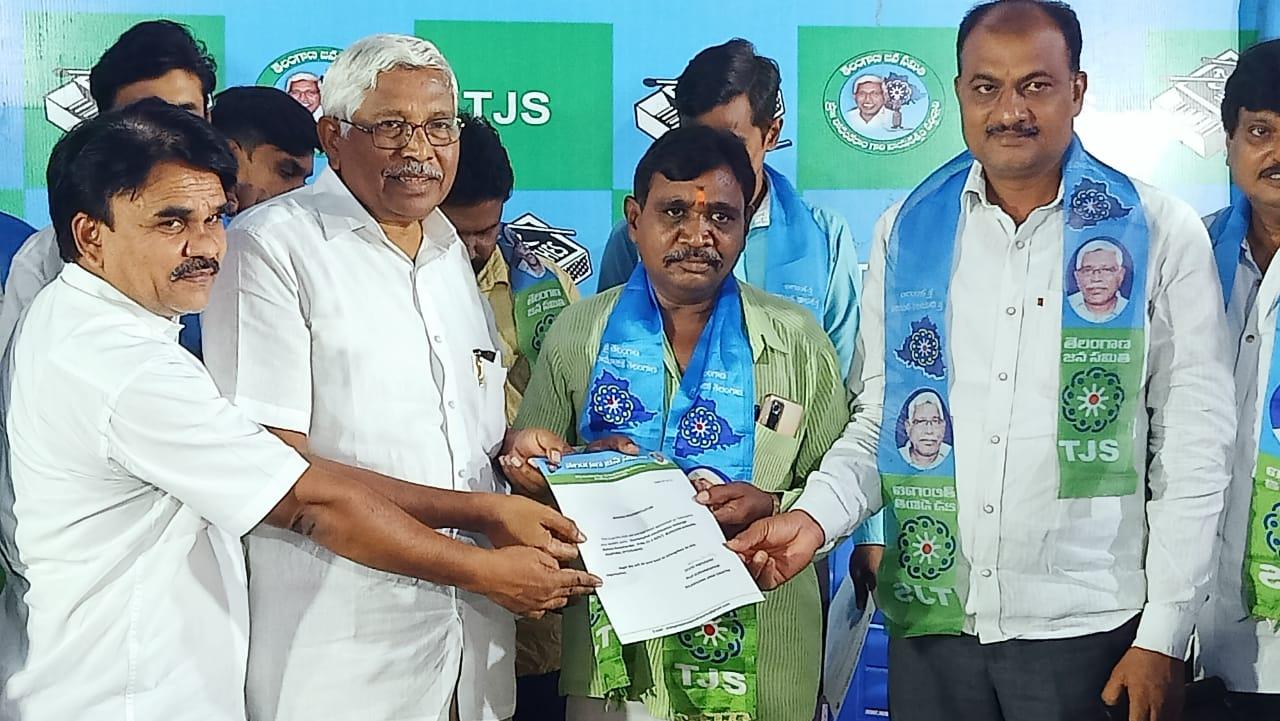 Joined in the MIM

Joined in the TJS