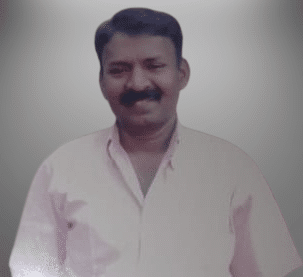 On the 26th of January, 1966, Gopala Rao was born to the couple, Mr Bathina Chinnapalaiah & Mrs Bathina Laxmi and raised in Pallapu Chamavaram of Kakinada district in the Indian State of Andhra Pradesh.

In 1983, Gopala Rao obtained his Secondary Board of Education from Raja Ram Bahadur Raja High School, placed at Pithapuram in Kakinada and in 1985, he completed his Intermediate course from Satyadeva Junior College, Annavaram, Andhra Pradesh.

Gopala Rao completed his ITI at Srinivasa ITI College from Pithapuram of Andhra Pradesh and finished it in 1987.

Shortly after receiving his education qualification in 1986, Gopala Rao began his professional career as a Civil Work Inspector from Annavaram Devastanam. Ever since he started, he has handled his family’s Responsibilities.

Gopala Rao has been representing the TDP as an Active Leader tributing to the development of society since the day he joined the party by executing his tasks effectively and adhering to the party’s policies and guidelines.

With unprecedented confidence in him, in 2002, the party instantaneously handed over the position of ST, SC, BC Cell Mandal President from the TDP. Gopala Rao was desperately carrying out his duties until 2005 without ignoring the party’s trust in him.

Since joining, he has been working incredibly as a YSRCP Party Activist, working hard for the welfare of the people, constantly striving for the development of society, and has rendered desperate services to the community.

From the beginning of his political career until the present, he has worked relentlessly for the welfare of the people, continuously fighting for the party’s and society’s growth and giving desperate service to society via the posts he has been assigned to.