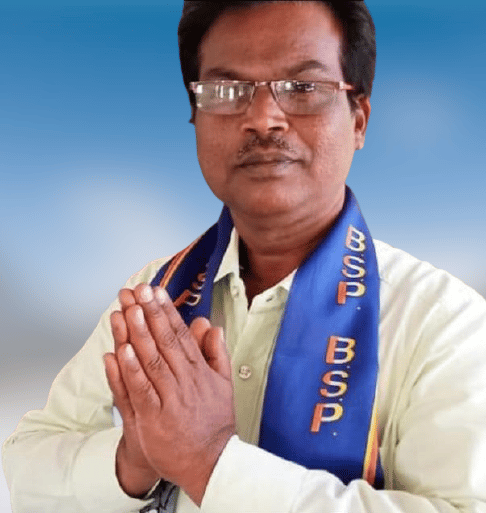 Bantupalli Jayaraj is the BSP Assembly President of Adoni in Andhra Pradesh.

Jayaraj was born on 30th June 1970 to the Couple Bantupalli Balaswamy and Uligamma and raised up in Adoni Village of Kurnool District.

In the year 1987, Jayaraj studied his Secondary Board of Education from St.Anthony’s High School loctated at Adoni.
He completed his Undergraduation in 1989 from St. Mary’s Junior College resided at Kurnool.

In the Year 1990, Shortly after accomplishment of his Education, Jayaraj began his Political Career on entering the Indian National Congress, (often called the Congress Party).

As soon as Jayraj entered politics, He served as the Village Leader by desperately carrying out the duties assigned to him without heeding the trust placed on him by the party.

Since the day, he joined the Party, he has been served for the INC and doing his part for the betterment of the society by carrying out his duties properly and following the rules amd regulations of the party.

In view of the efforts being made for the development of the party, In the year 2009, the party offered him the post of Assembly Incharge of Adoni by discharging his duties by being very cautious during performing the activities of the Party.

For his constant dedication and efforts for the welfare of the peoiple, he upgraded his Position in 2014 to Assembly Secretary of Adoni of Kurnool District to exhibit services to the people.

He won the admiration of the party and the people by using the responsibilities, duties, and powers assigned to him. So that was designated with the honourable position of Assembly President of Adoni in 2015 only for the good of the people without compromising on the trust placed in him.

During the First Wave of Corona:

During the Second wave of Corona: