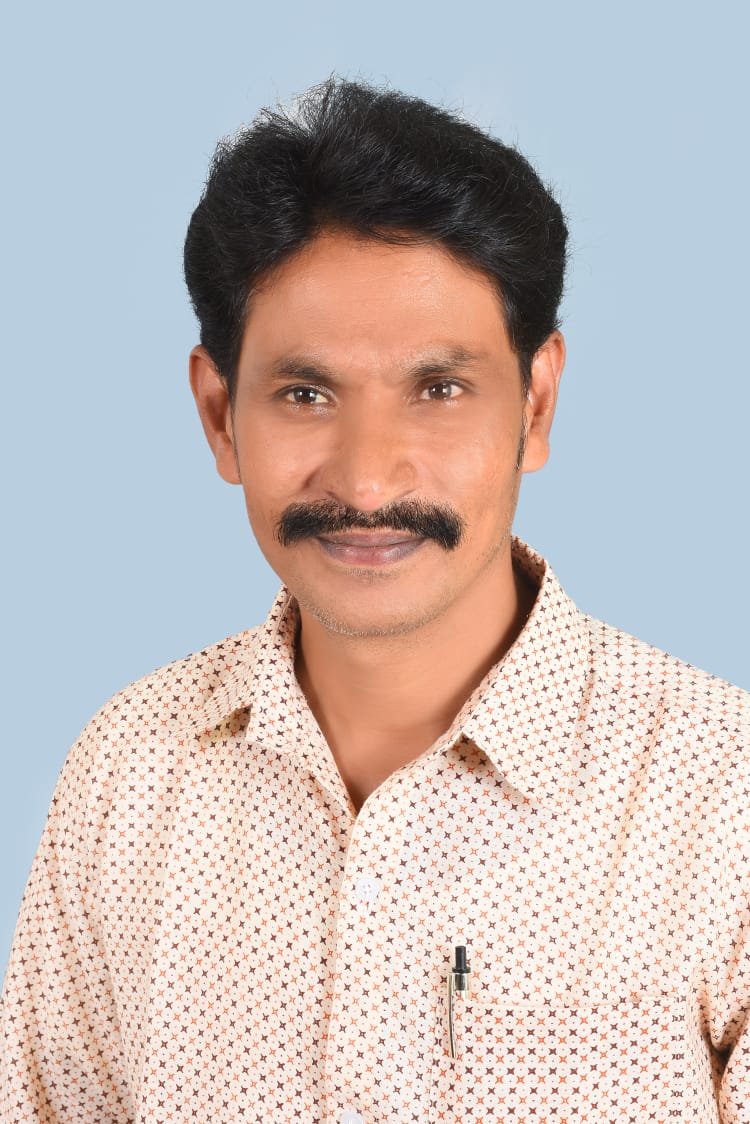 Bandi Srinivas is an Indian Politician and State President India Janshakti Party of Telangana from the Political Party IJP.

On the 04th of July 1981, Srinivas was born to the couple Mr. Bandi Bheemaiah and Mrs. Bandi Mallamma in the village of Karimnagar District in the Indian State of Telangana.

In the year 1997, Srinivas acquired his Secondary Board of Education from Manasa Gangothri High School located at Karimnagar and completed his Intermediate Course in 2001 from Arts and Science Junior College placed at Karimnagar.

He Concluded his education by attaining his Graduation of Degree in Bachelor of Arts from Osmania University, Hyderabad in Telangana in 2004.

On the Continuation of his education, Srinivas began his professional career simultaneously in the field of medicine as a Medical Representative at Lupin Limited from 2001-2004, in Lee Pharma Limited from 2004-2009, and in Sresan Pharmaceuticals Limited from 2011 to 2012.

On the 02 of October 2021, Srinivas was appointed as the Democratic Journalist Federation State Secretary of Telangana.

In the year 2000, Srinivas began his Political Career by joining the Telugu Desam Party(TDP) which was founded by N.T. Rama Rao and headed by N. Chandrababu Naidu the former Chief Minister of Andhra Pradesh.

As being a part of TDP, Srinivas expresses keen interest and performs every activity as an Active Leader by discharging his duties with a code of conduct and also for the recognition of the respective party.

For his determination, he was promoted as the Town Executive Council Member of Karimnagar from TDP to discharge his duties from 2005-2007 only for the good of the people without compromising on the trust placed in him by the party.

Srinivas was appointed as the Telugu Yuvata Vibagam Town Vice President for Karimnagar in 2001 to serve the people and tackle the issues raised by executing out his tasks effectively and adhering to the party’s policies and guidelines.

After receiving the authority and performing every activity as his responsibility for the welfare of the people, Srinivas was appointed as the District Vice President from TDP for Karimnagar in 2000 by doing his part to mitigate the difficulties experienced by people. Later on, From the time period 2007 to 2009, He joined and served in the Telugu Nadu Karmika Vibagam in Karimnagar

After being served with the assigned designations in the respected party, Srinivas joined the Nava Telangana Praja Party(NTP) which was founded by Tulla Devender Goud to achieve separate statehood for Telangana.

Later On, in the year 2009, He joined the Telangana Rashtra Samithi(TRS) founded by Kalvakuntla Chandrashekar Rao who is the Indian politician serving as the first and current Chief Minister of Telangana.

Srinivas has been representing the TRS and contributing to the development of society since the day he joined the party, by executing out his tasks effectively and adhering to the party’s policies and guidelines.

He was appointed as the District Media Publicity Secretary of Telangana Joint Action committee in Karimnagar District from 2009 to 2014 to extend his service work to the district level.

On continuing his tenure, Srinivas has joined the Aam Admi Party and worked as the District President for Karimnagar in Telangana from 2014 To 2015.

In the Year 2018, Srinivas established an India Janshakti Party(IJP) with the association of Awadhesh Pandey and Nilesh Takur but the party came into existence officially in 2019.

During the general elections in 2018, Srinivas was Independently Contested as the MLA for the Karimnagar Constituency but unfortunately the position has been defeated due to less difference in the vote percentage.

Since the day of establishment, Srinivas has been servings the Telangana State President of the Party by consistently aspiring for the party’s and society’s advancement, and performing desperate service to society and for the goodness of the people.

Beginning at a young age, he had a passion for working in the public service. Srinivas has been accustomed to service since childhood. He also conducted many service programs while continuing his studies.

He extended his core of service to the people by establishing a Charitable Foundation in the Name of Kaloji who is the Recipient of the Padma Vibhushan Award, Indian Poet, and the Telangana Activist.

Srinivas has been representing the foundation as the Founder and President by performing many social and welfare activities for the people and developing society and also been serving as the Founder Member of the Telangana Chowk(ex-Indira Chowk) inKarimnagar District.

He improved his work ethic in 2014 as the Founder and Chairperson of Telangana Bharya Badithula Sangham(TBBS) to promote the best approach towards the need for balanced and integrated development in Society. 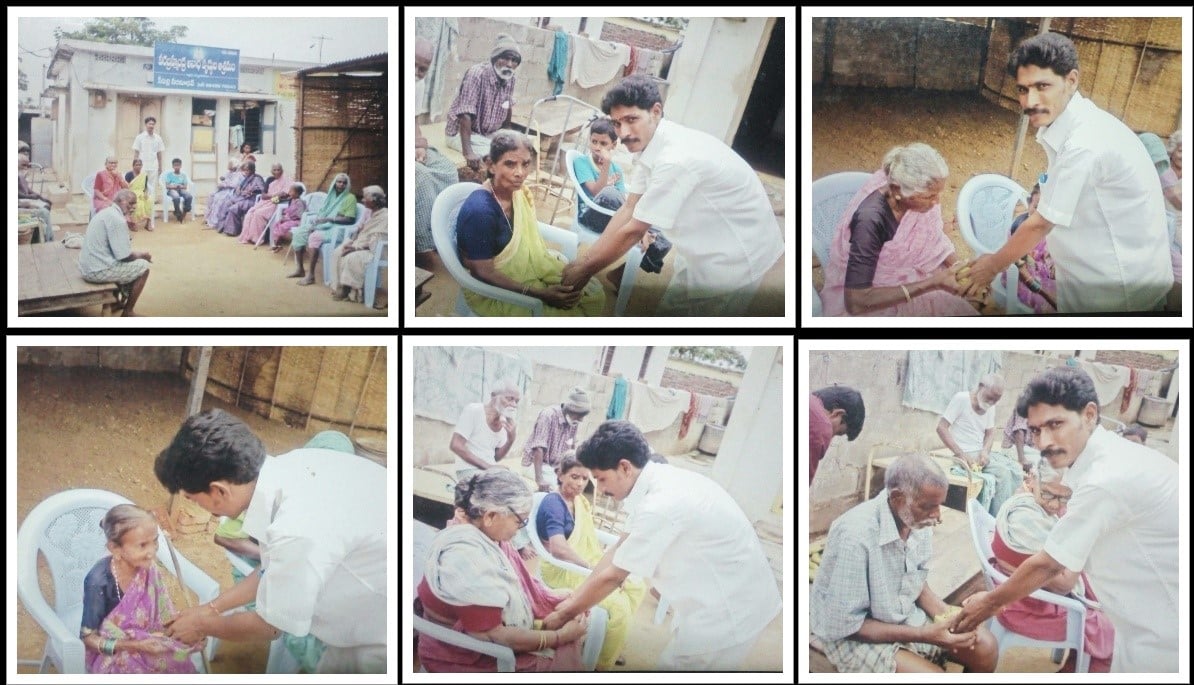 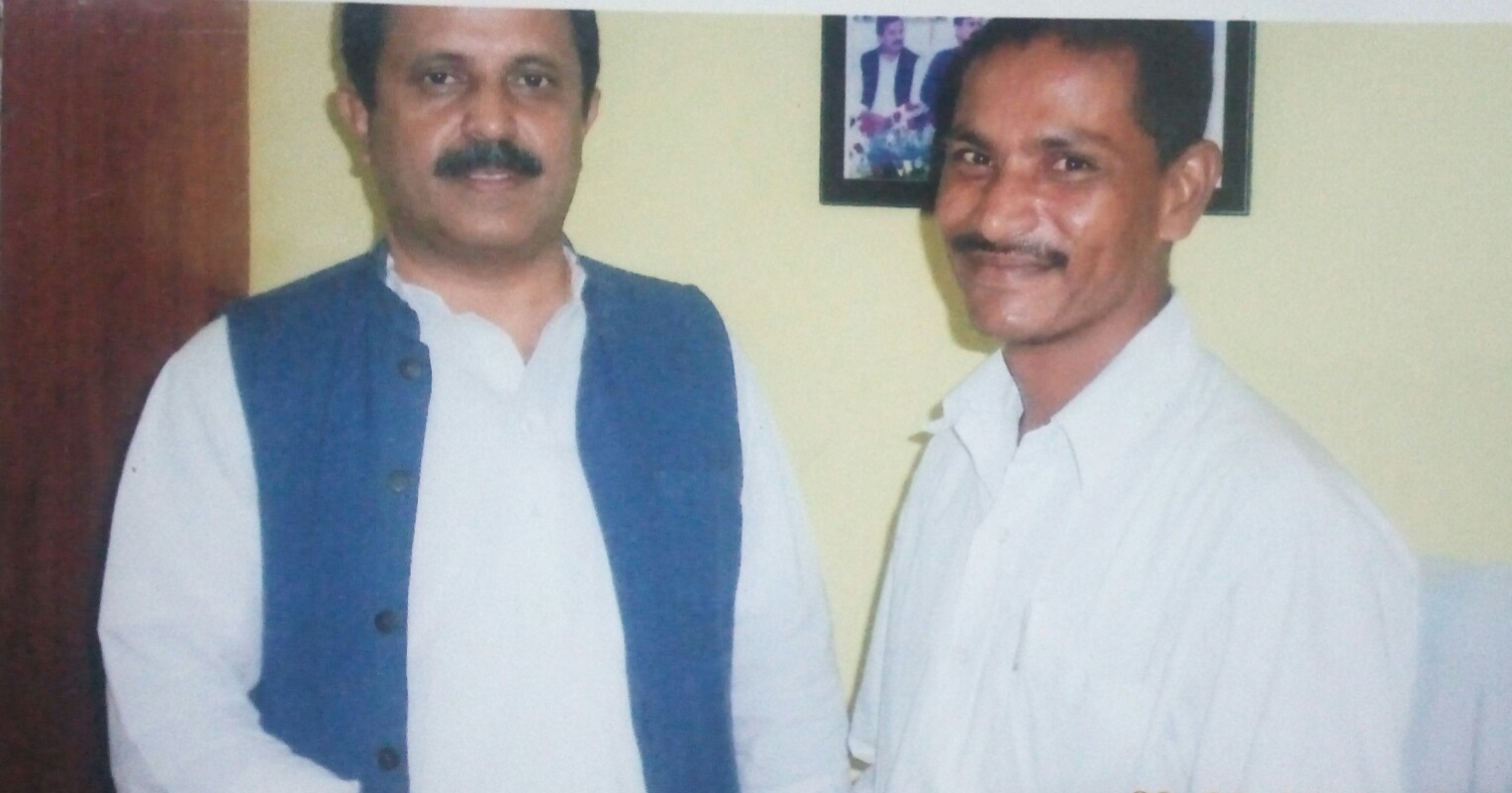 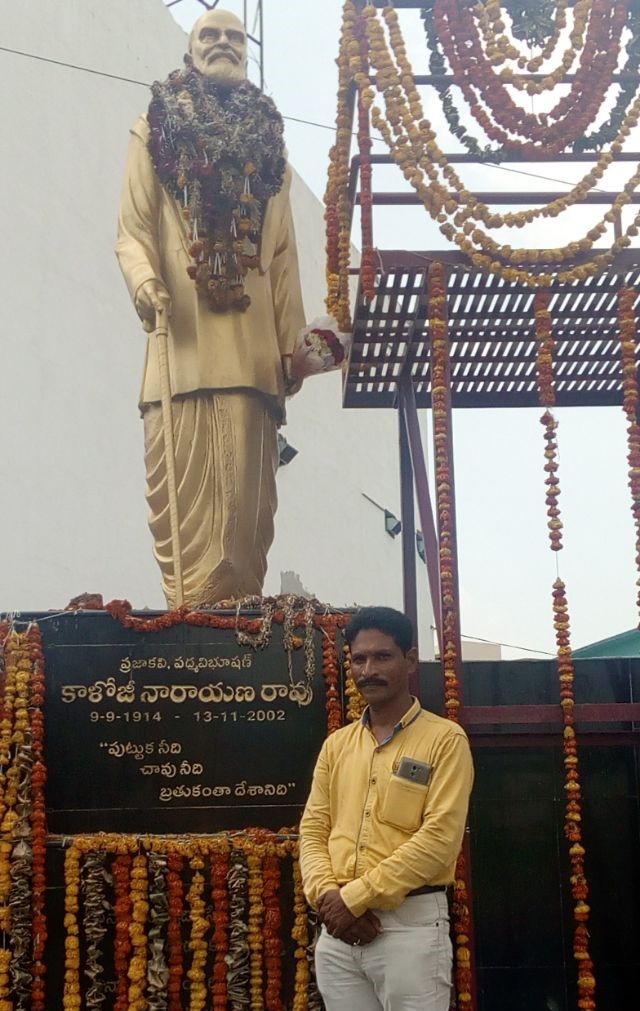 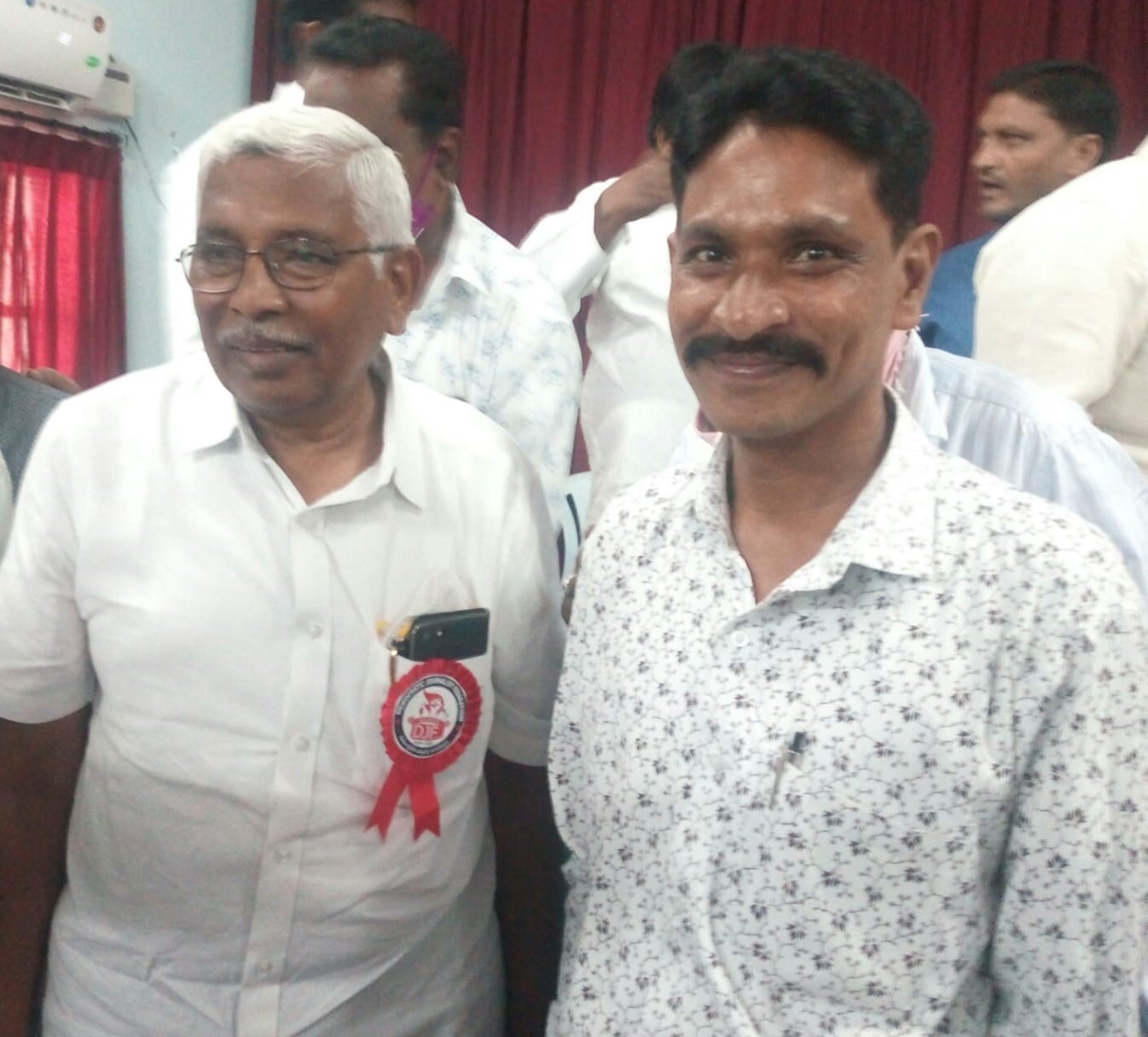 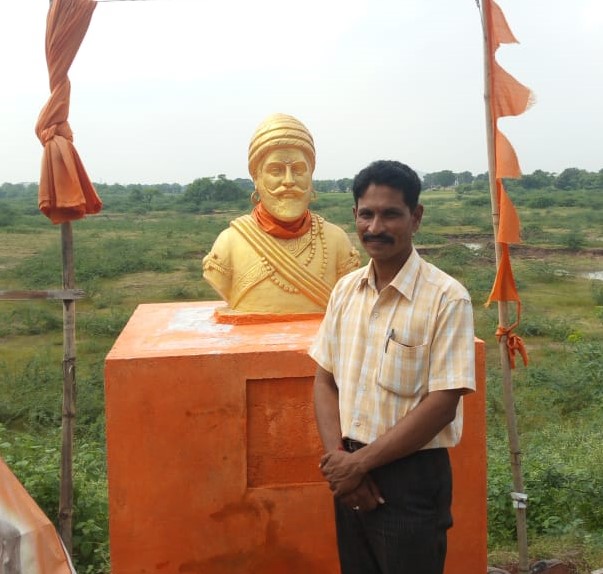 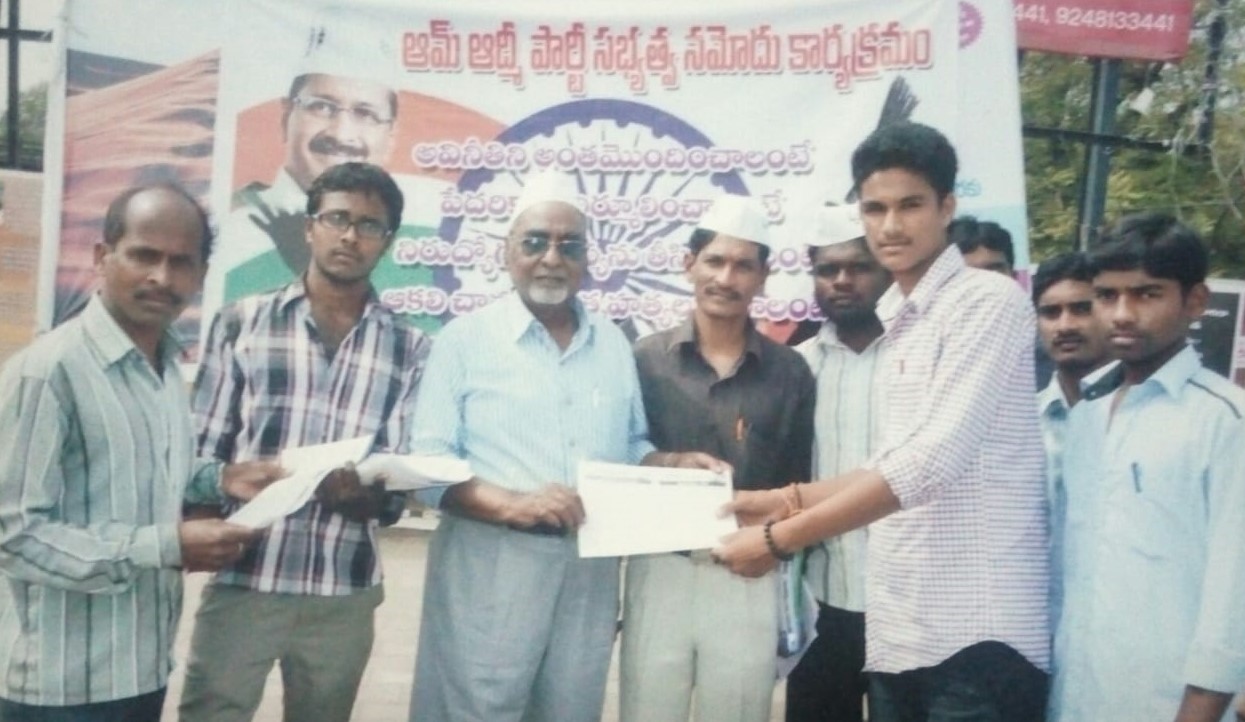 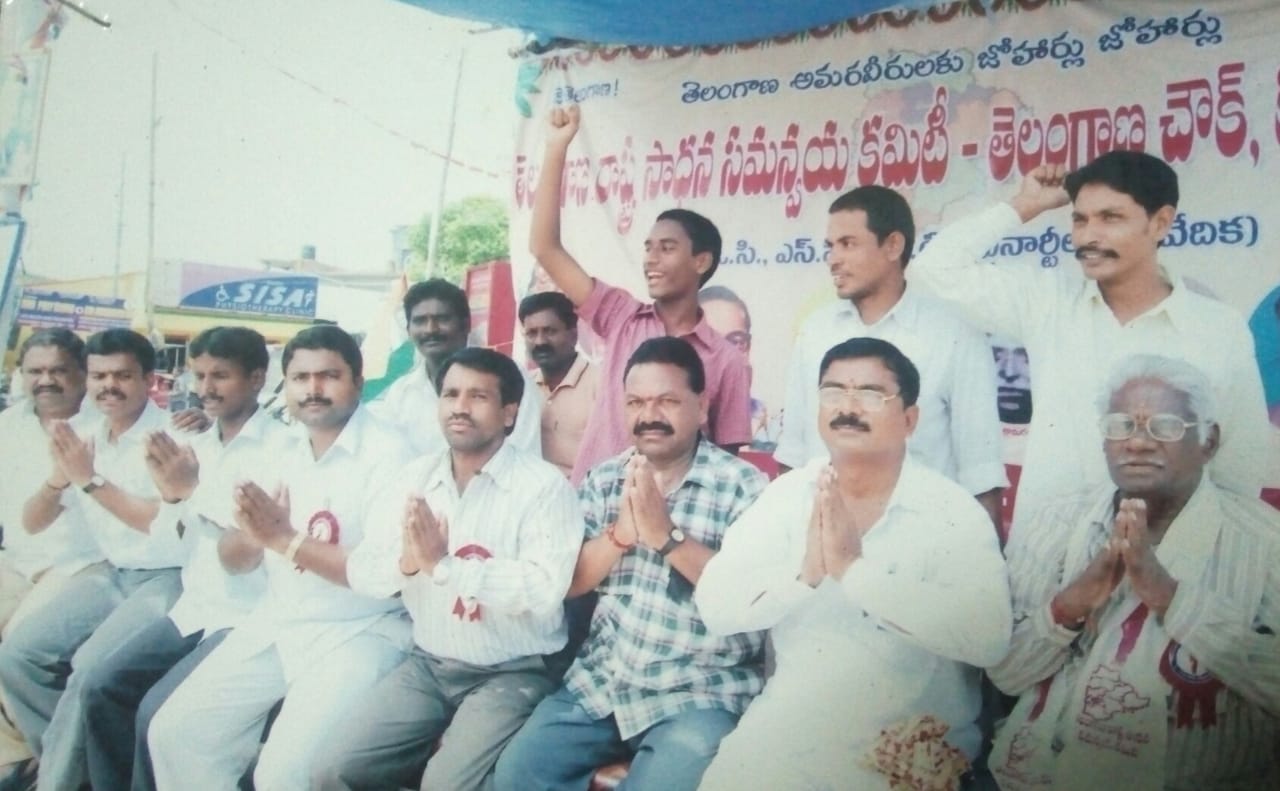 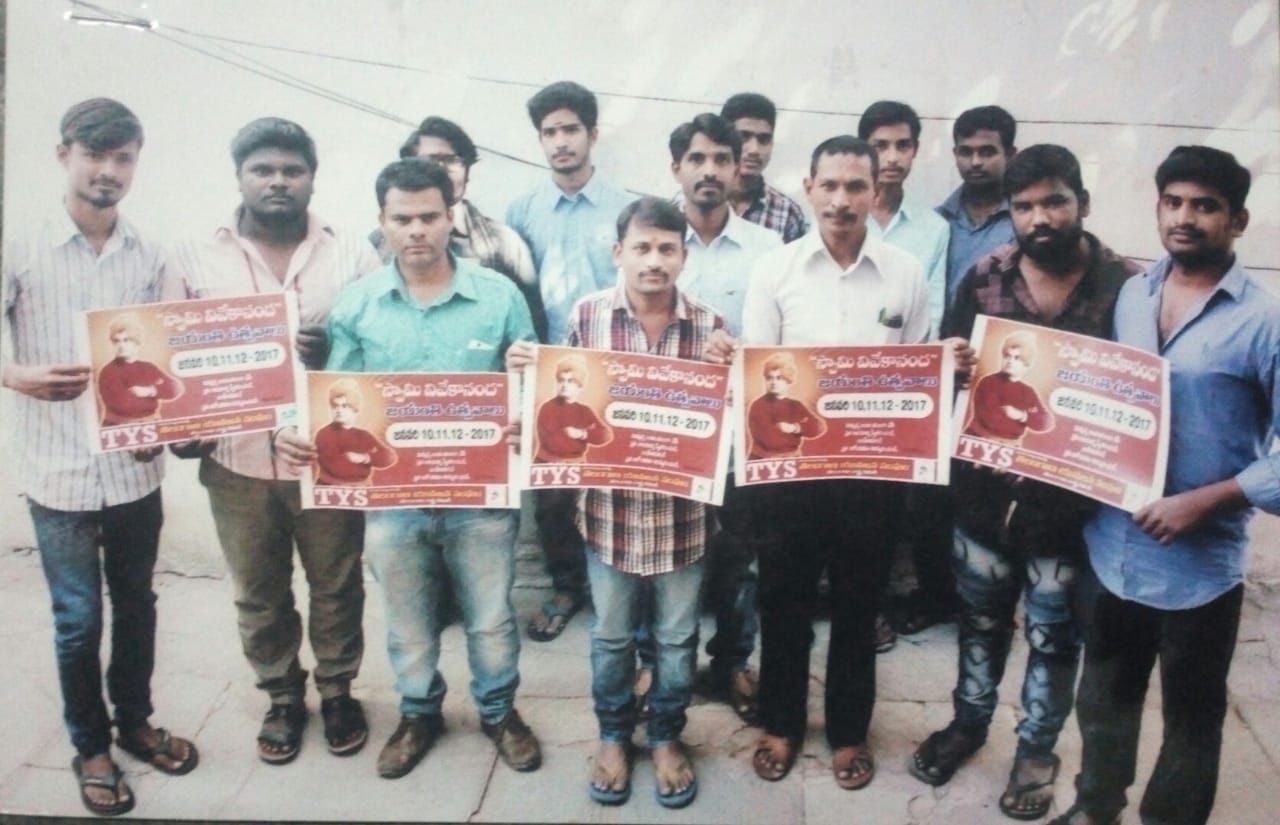 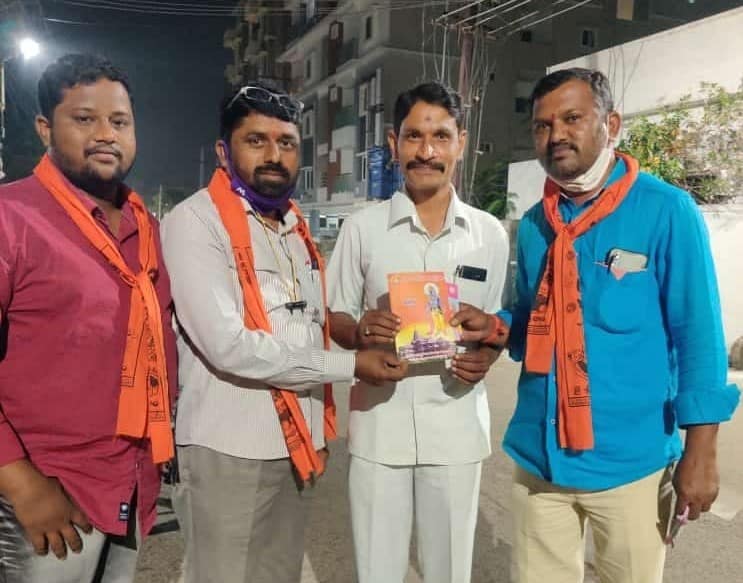 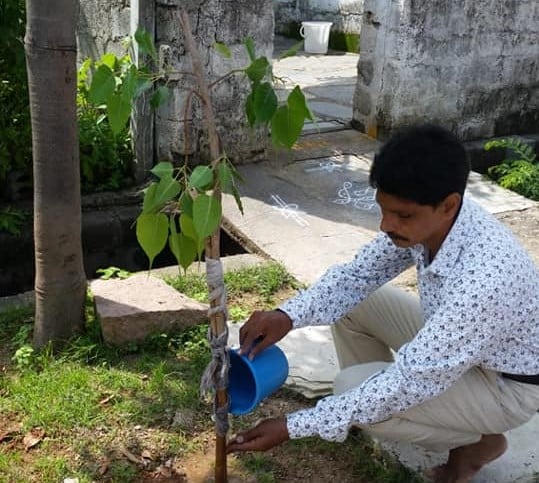 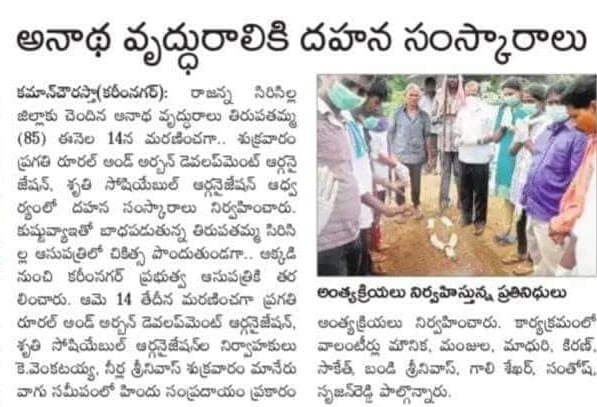 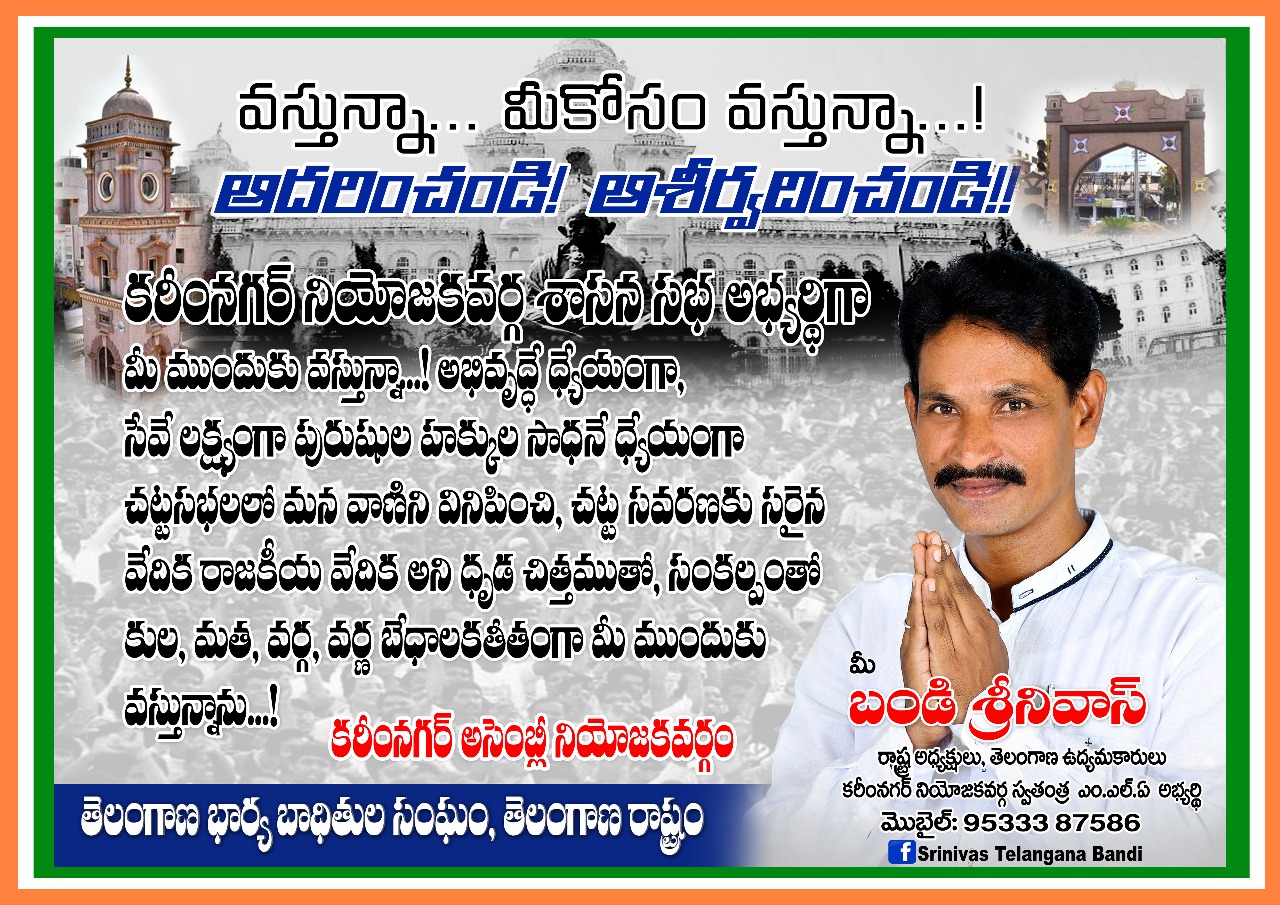 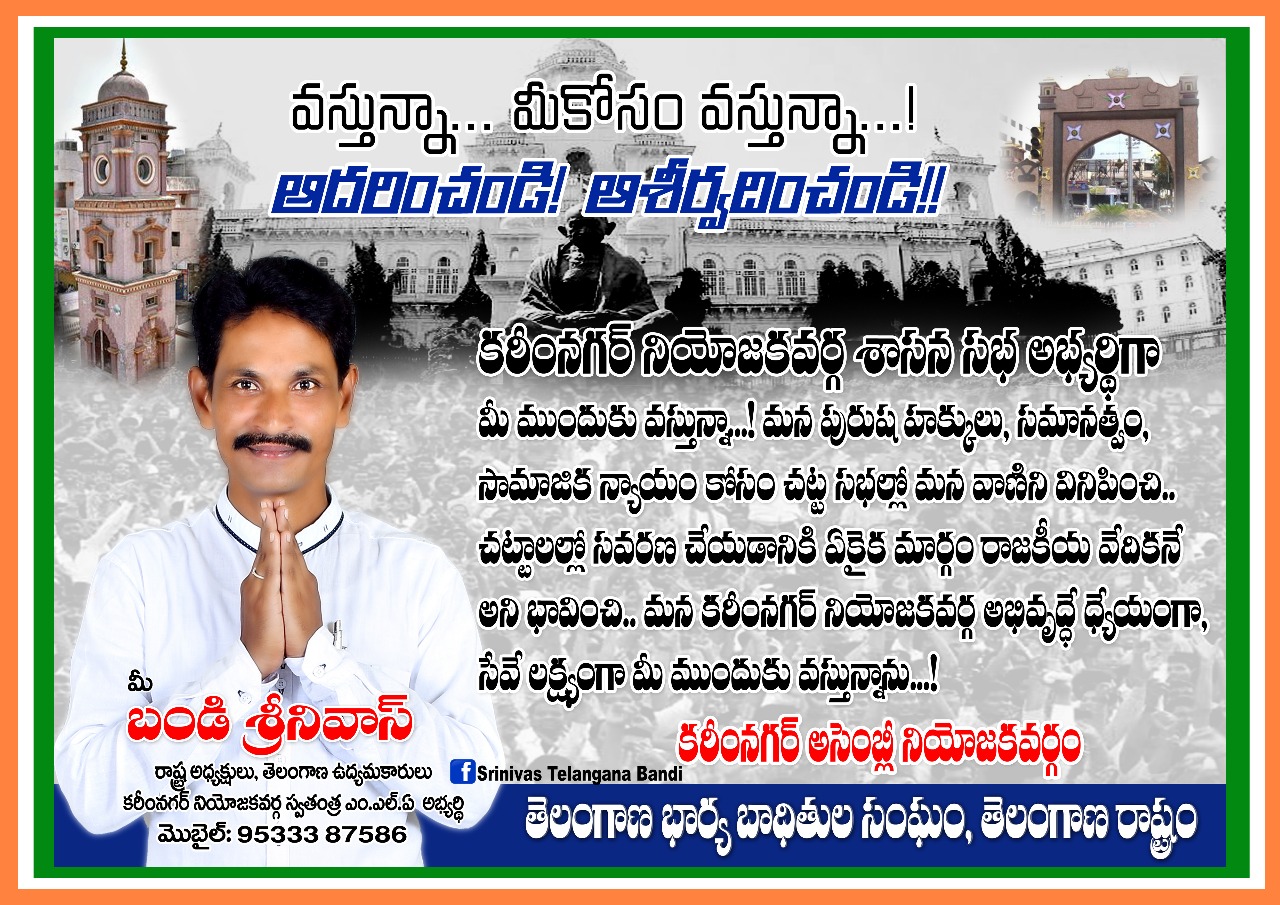 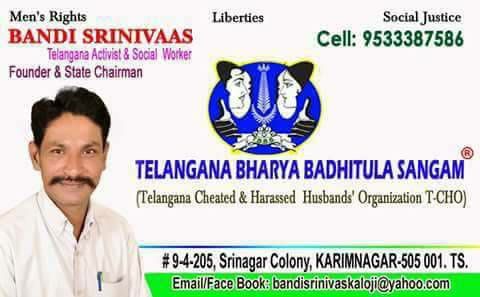 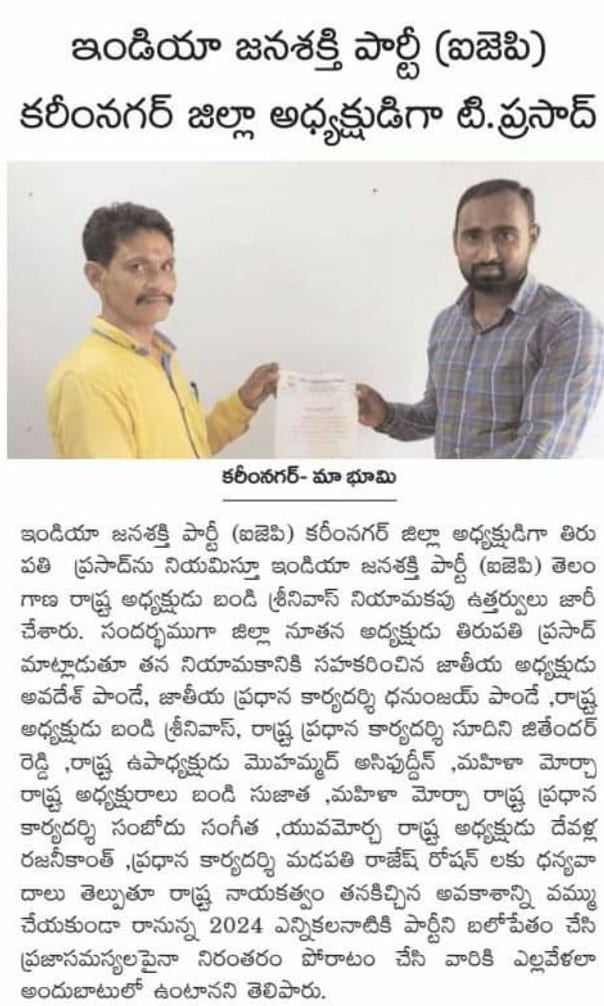 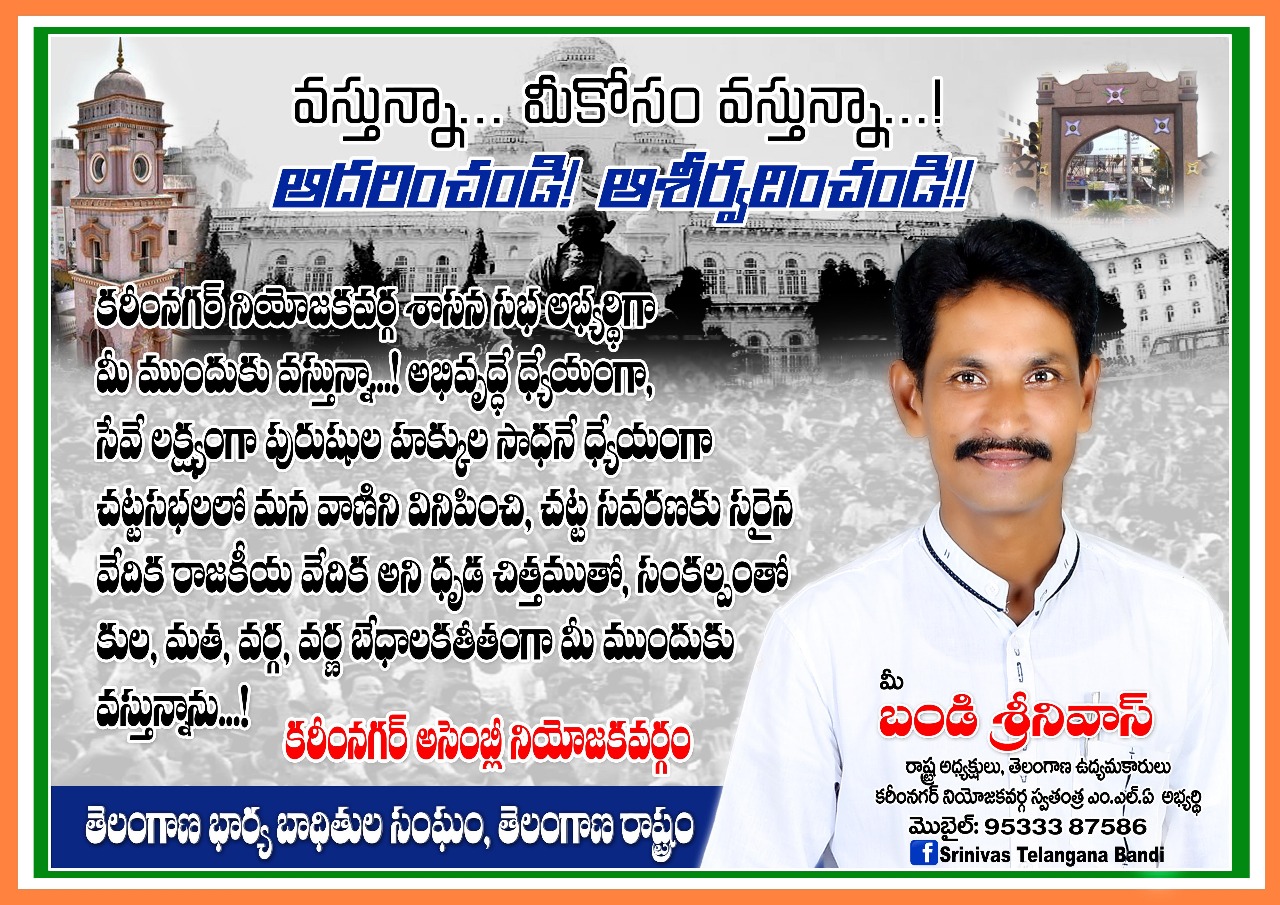 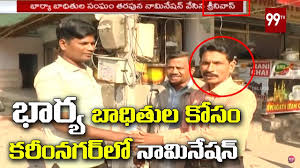 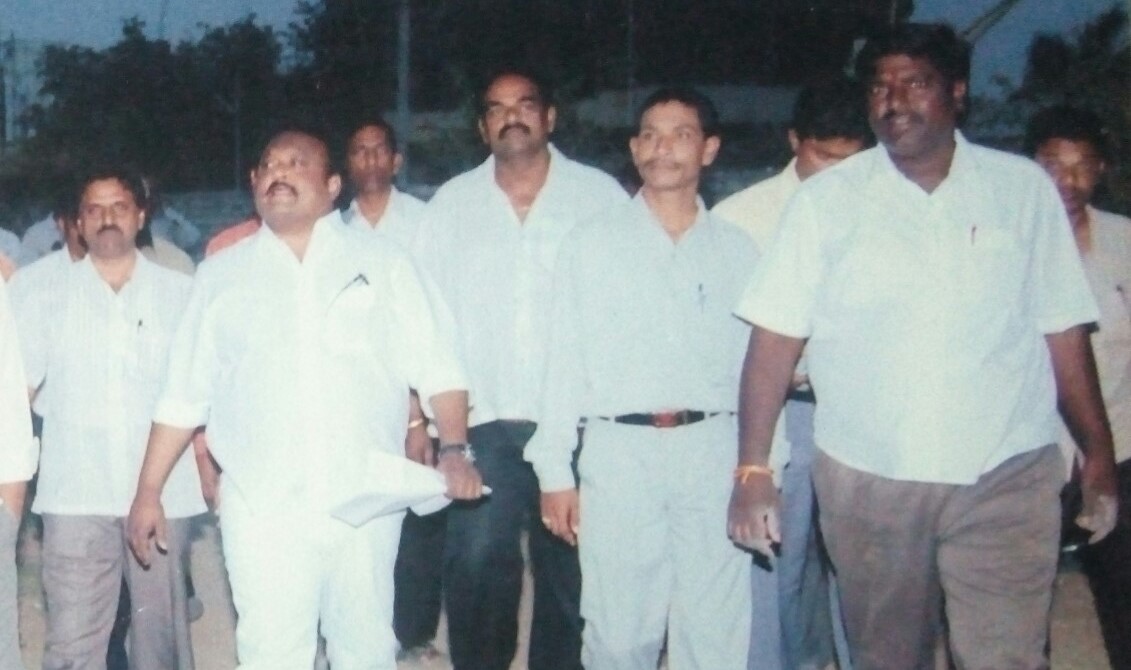 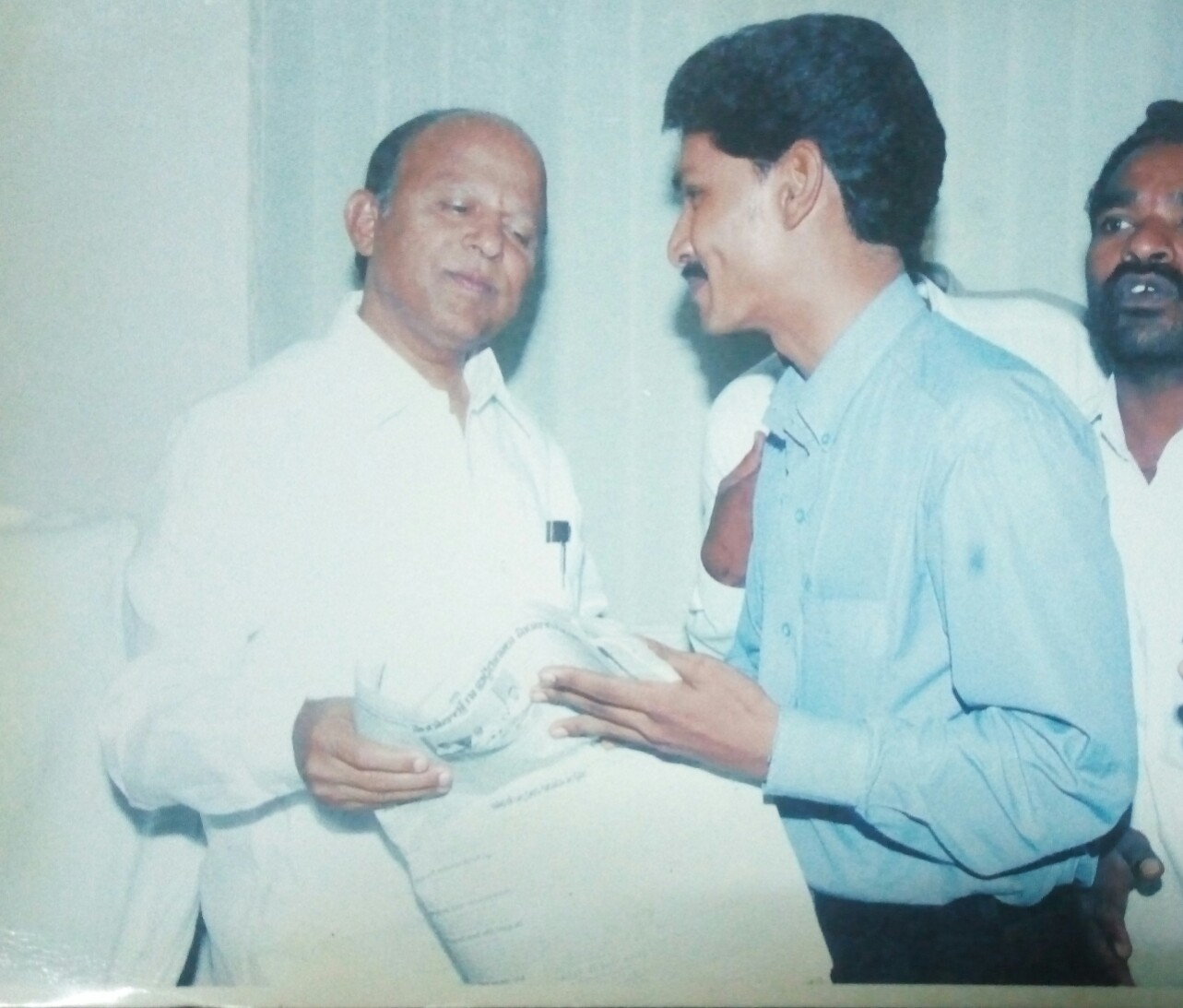 Joined in the IJP