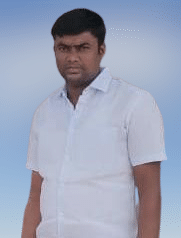 In the year 2003, He has completed SSC from ZP High School located at C.H.Kondur Village.

In the year 2018, Devidas has started his Political journey with the Telangana Rashtra Samithi(TRS) Party and worked as an Active Member worked all day and involves in every organized Party meeting and works for the growth and development of the Party and Village.

Devidas elected as Ward Member and  Vice–Sarpanch from the TRS Party and carried out his duties and responsibilities between 2013-2018,

For his constant attention and pure dedication towards the service, he was appointed as the President of Choudamma Temple and served perspective towards the need for holistic and sustainable development in people by doing his part to alleviate the hardships faced by the Villagers and people to date.