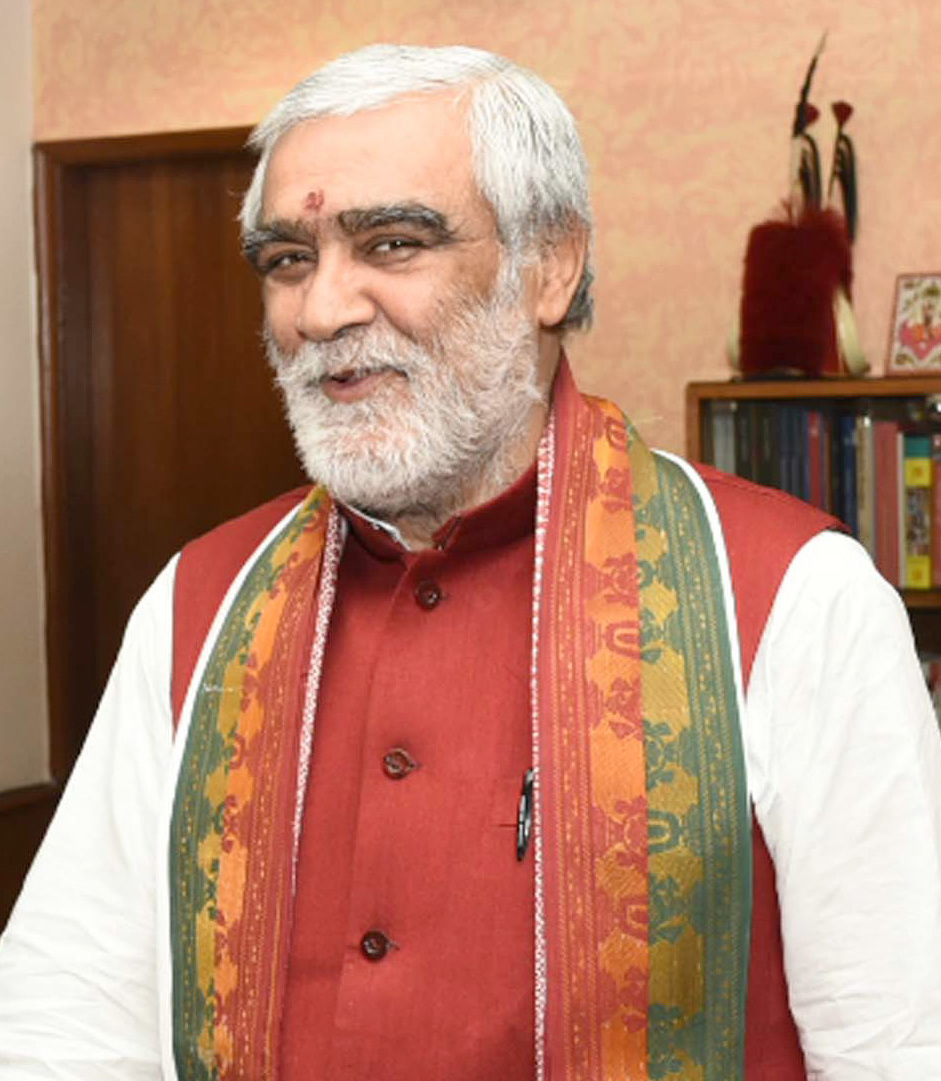 Ashwini Kumar has completed his Graduation B.Sc. (Hons.) from Zoology Educated at Science College, Patna University, Patna, Bihar, from 1972-1974.
Ashwini Kumar started his political journey as a Member of Rashtriya Swayamsewak Sangh (RSS) in 1964. In 1967, Ashwini Kumar Choubey actively participated in the Students Movement against the Chief Minister of Govt. of Bihar.

Ashwini Kumar Participated in the All India Student Leaders Conference held at Thiruvananthpuram (Kerala) 1972-73. He Participated in J.P. Movement, (Bihar Student Leader Conference) Feb. 17 – 18, 1973. He Was imprisoned in the 1974 Aandolan (Student Movement) DIR and MISA Act during J.P. Movement for months. He was taken into Custody under DIR and MISA (second time) Phulwari Sharif, Bihar Jail Kand on 2 July 1974.
He was a Full-time Member of Akhil Bharatiya Vidyarthi Parishad from 1974 to 1987 and Later became a Member of the National Executive from Akhil Bharatiya Vidyarthi Parishad. He constructed 11 thousand toilets for Mahadalit families.

He was elected as President of Student`s Union, Patna University from 1978-79. He participated in the All India Student`s Union Leader Conference, Patna in 1979.
In 1995, Ashwini Kumar Choubey was elected as a Member of the Bihar Legislative Assembly from the Bhagalpur seat. He defeated Kedar Nath Yadav of Janata Dal. In 2000, He was re-elected to Bihar Assembly from Bhagalpur. This time he defeated RJD candidate Arun Kumar.
From 2004-2005, He was the Leader of BJP Legislative Party, Bihar Vidhan Mandal. In 2005, He was again elected to Bihar Assembly from Bhagalpur.
From 2005-2008, He was the Minister of Urban Development under the Govt. of Bihar. From 2008-2010, he was appointed as Minister of Public Health Engineering Department under the Govt. of Bihar. In 2010, Ashwini Kumar Choubey again elected to Bihar Assembly.
He joined the Bharatiya Janata Party. In 2014, He was elected to the 16th Lok Sabha in the general election as a candidate from Bharatiya Janata Party.
In 2014, He became a member of the Committee on Estimates, a member of the Standing Committee on Energy, a member of the Consultative Committee under the Ministry of Health and Family Welfare, and a member of the Central Silk Board. Also, He was appointed as Permanent Special Invitee at the Consultative Committee under the Ministry of Water Resources, River Development, and Ganga Rejuvenation.
On 3 July 2015, He was a Member of Sub Committee-I of Committee on Estimates. From 2017-2019, Ashwini Kumar became the Union Minister of State under the Ministry of Health and Family Welfare.
In 2019, He contested and won the 17th Lok Sabha election from the Buxar constituency where he defeated Jagada Nand Singh of RJD by a margin of over 70,000 votes.  From 30 May 2019, onwards He was appointed Union Minister of State, Health and Family Welfare of Government of India. 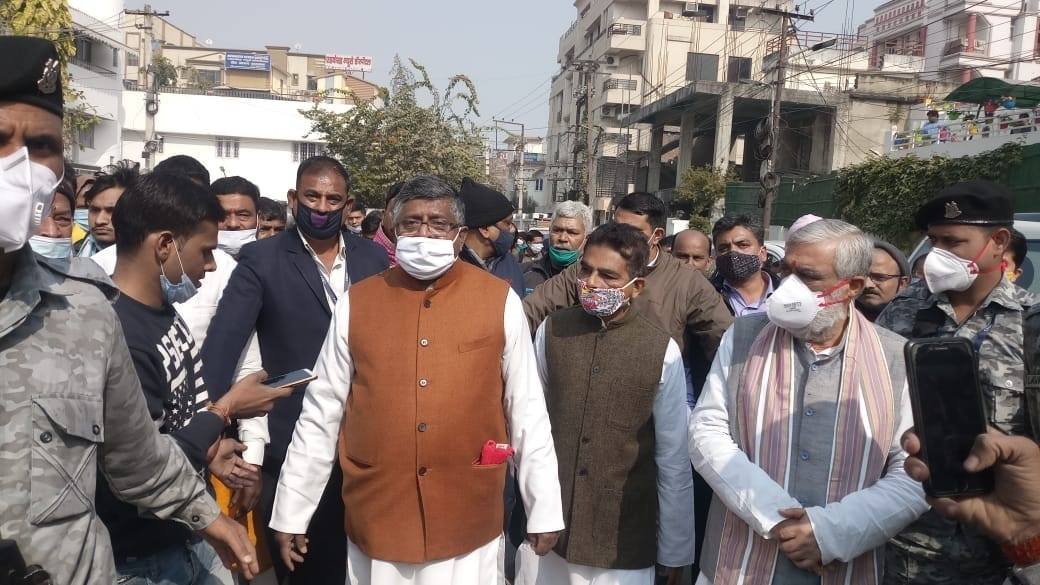 Attended the last journey of the mother of Union Minister Shri Ravishankar Prasad Ji. Paid an emotional tribute to him. 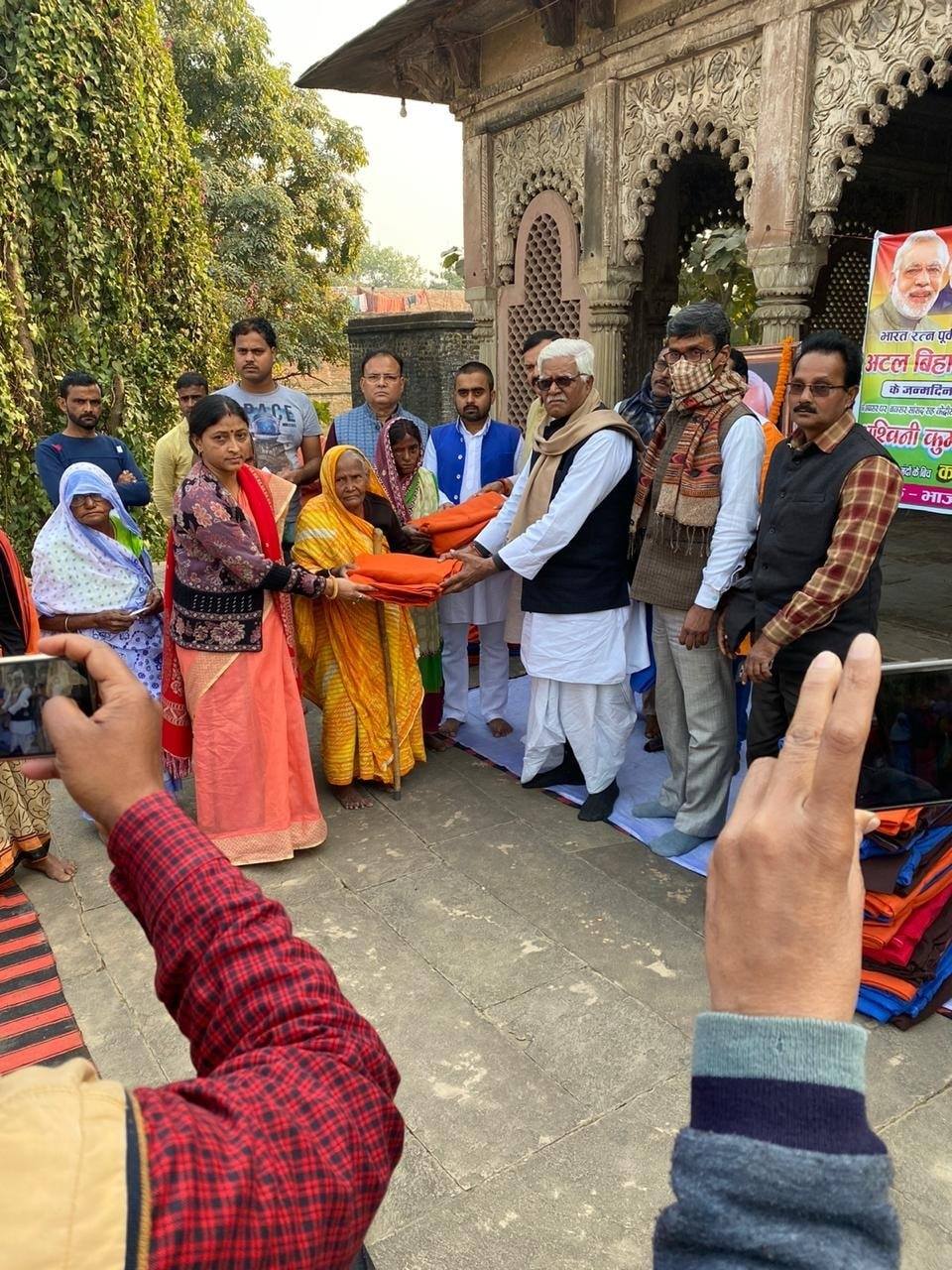 Blankets were distributed among the needy in all the assembly areas of Buxar district on the birth anniversary of Bharat Ratna Dwaya Mahamana Madan Mohan Malviya Ji and former Prime Minister Atal Bihari Vajpayee Ji.

On the birth anniversary of Bharat Ratna Dwaya Mahamana Madan Mohan Malviya Ji and former Prime Minister Atal Bihari Vajpayee Ji, distributed fruits among the patients in Patna Ayurvedic College and Hospital today. The condition of the patients is going to go. During this time, Professor of Ayurvedic College Vaidya Prof. Dineshwar Prasad, Superintendent Vijay Shankar Dubey, and other officers were also present. 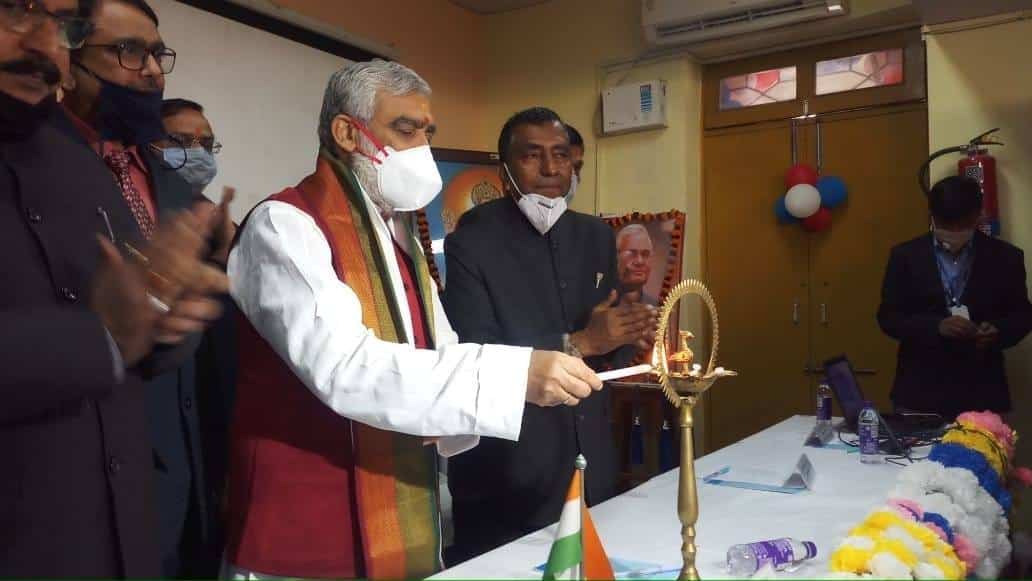 Today, inaugurated the two-day seminar on the subject of Covid-19 and Ayurveda at the Government Ayurveda Medical College Patna by lighting the lamp. In the Covid-19 transition period, people’s curiosity towards the Ayurvedic medical system increased across the world. Adopted this all over the world. This is a big achievement. 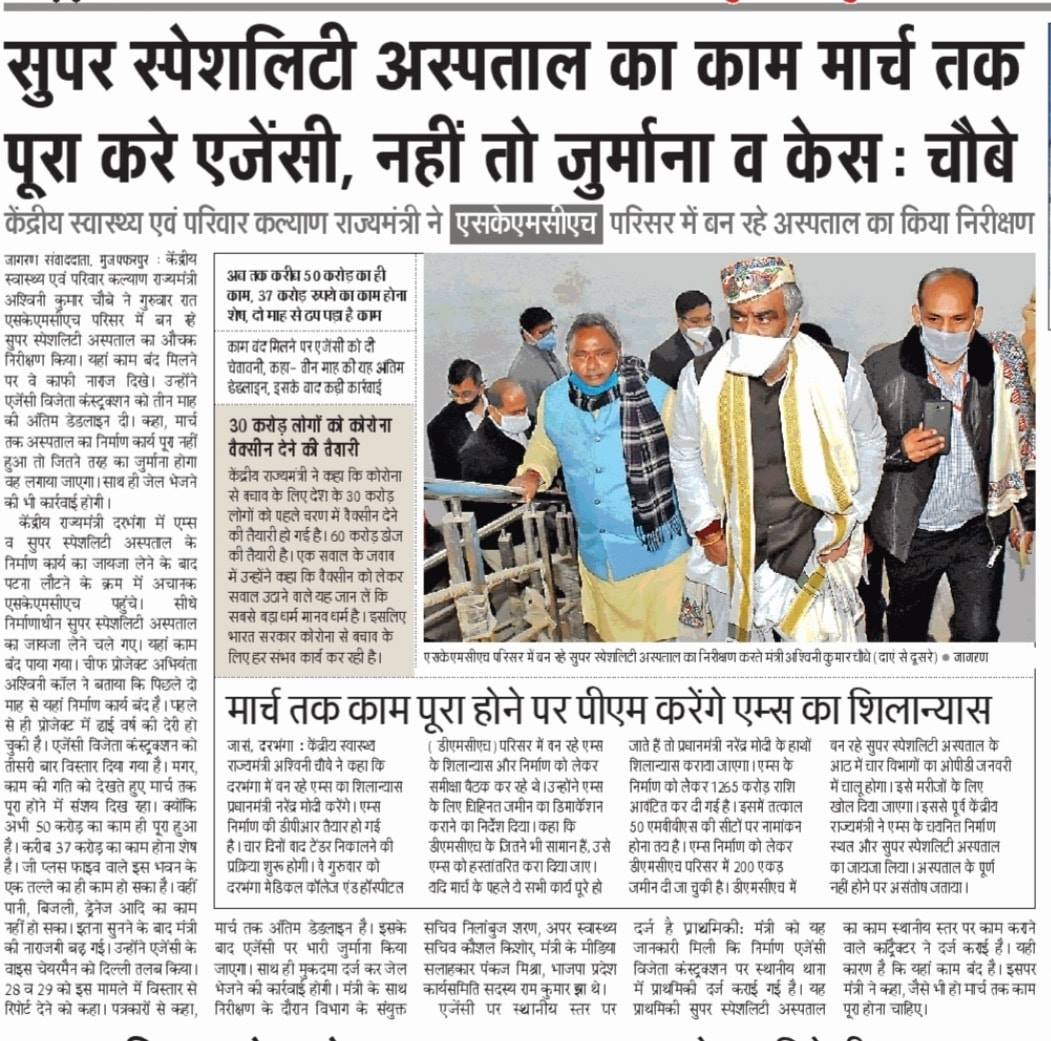 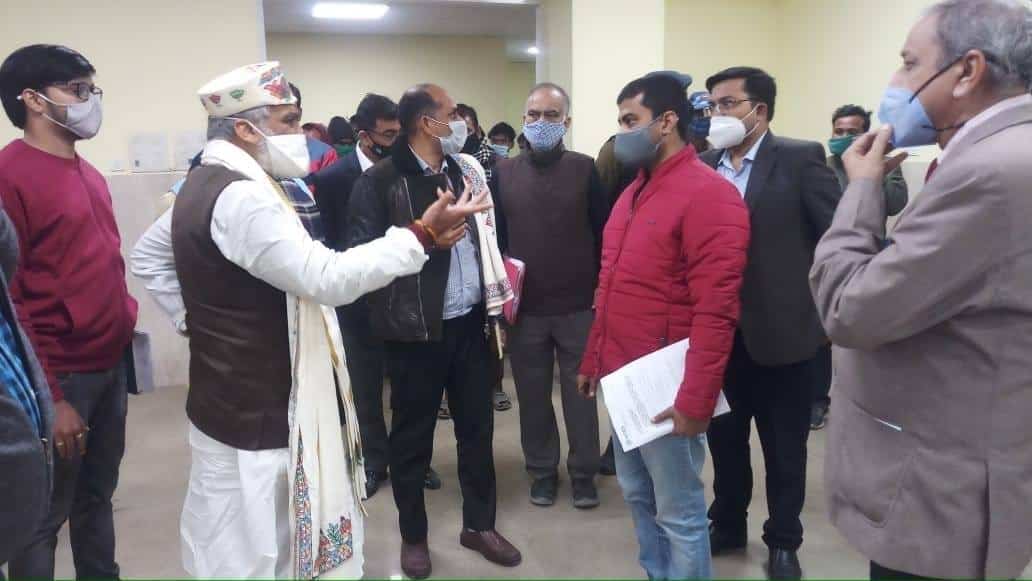 A surprise inspection of the construction work of Muzaffarpur Super Specialty Hospital while coming from Darbhanga to Patna. A construction agency has been called to Delhi for a delay in work. Will not tolerate any kind of slowdown. 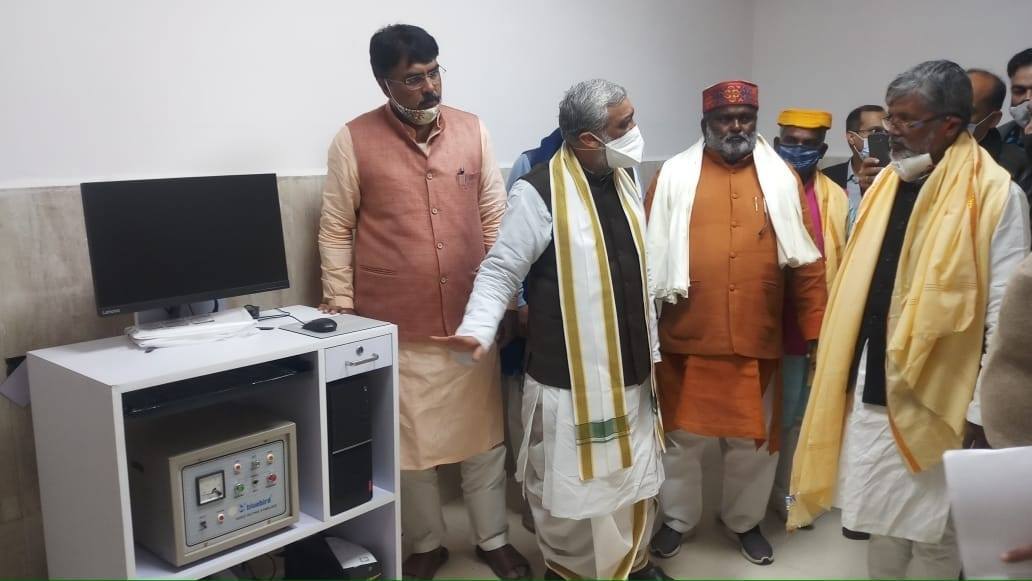 Today inspected super specialty hospital in Darbhanga. After this review meeting with officers. Discussed the current situation of AIIMS. The Super Specialty Hospital has been directed to start the service of OPD from January 15 and to complete all works by March 31, 2021 Local MP Shri Gopal ji, MLA Mr. Sanjay ji, Mr. Mishrilal Yadav ji and Joint Secretary of Ministry of Health, Government of India, Shri Nilambuj Sharan ji and Deputy Secretary of Health Department, Government of Bihar, Mr. Kaushal Kishore ji were present in the meeting. After this the proposed land inspected for AIIMS. 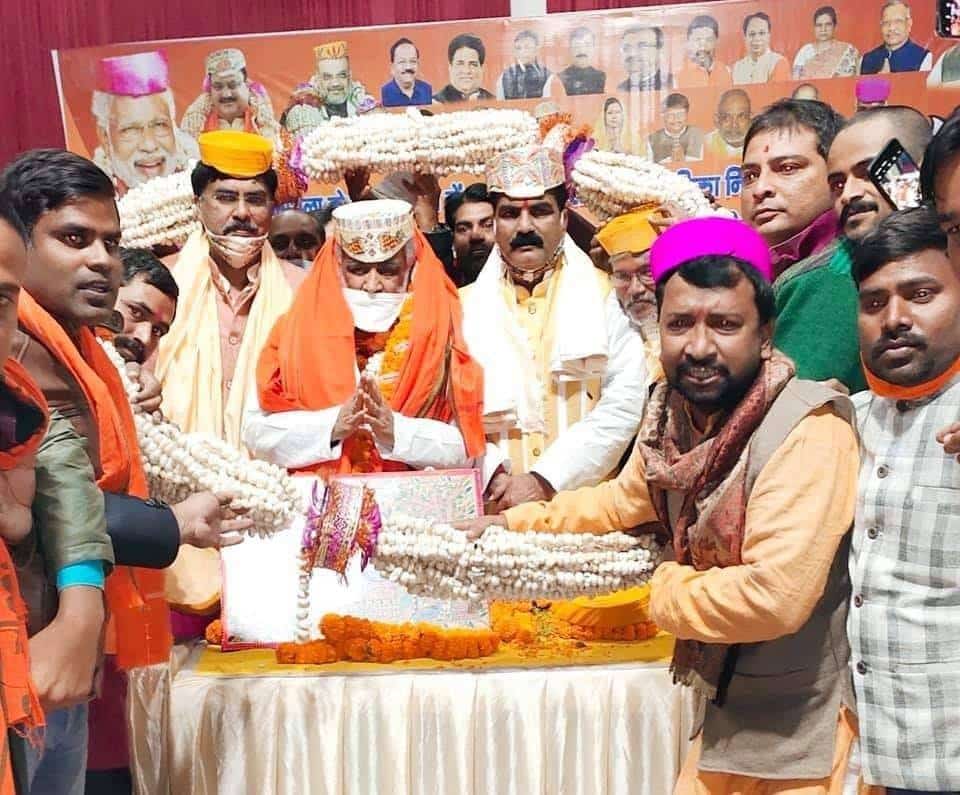 On reaching the inspection of AIIMS site at the center of Darbhanga, Mithila, party workers led by MP Shri Gopal Ji gave a grand reception with garlands of Pag, Chadar and Makhana as per Mithila tradition at DMCH Auditorium. Thanks to everyone from the bottom of my heart. 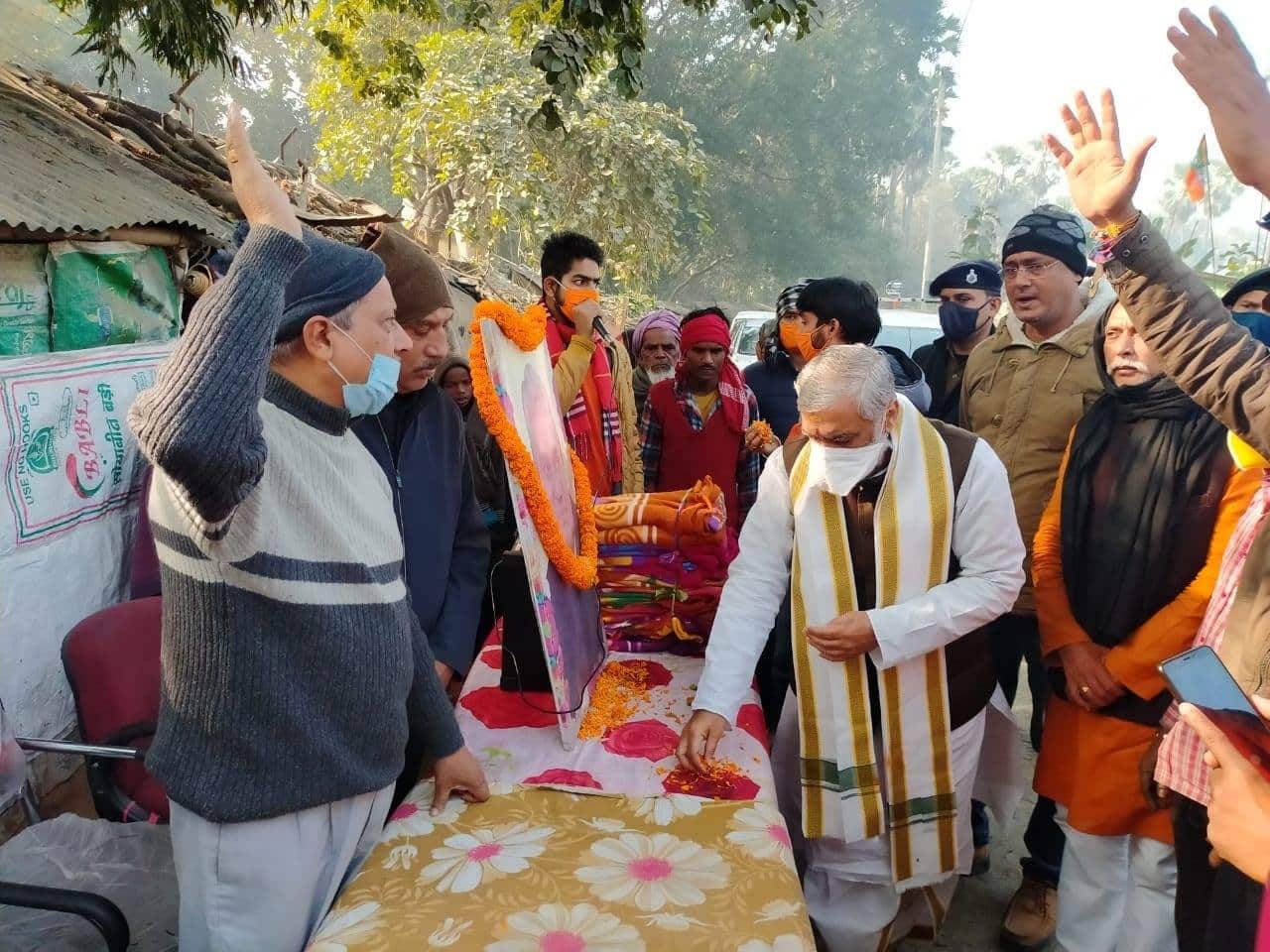 On the birth anniversary of former Prime Minister Atal Bihari Bajpayee Ji, distributed blankets among the needy in Seva Basti of Tilkamanjhi Mandal of Bhagalpur Assembly

against the Chief Minister of Govt. of Bihar.

Participated in All India Student Leaders

for Health and Family Welfare