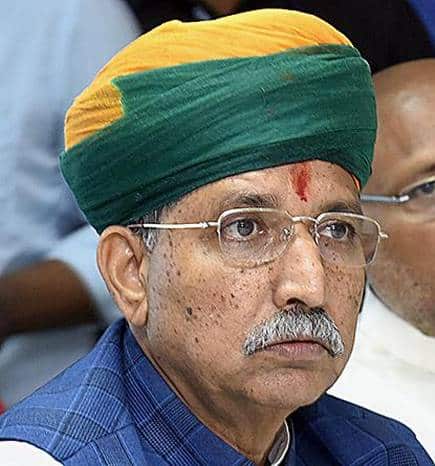 Arjun Ram Meghwal is a retired IAS Officer, Social Worker, Farmer, Educationist by Profession turned politician from Rajasthan. He took voluntary retirement from the Indian Administrative Service in order to join politics. After completing graduation in Law in the year 1977 and post-graduation in Arts in the year 1979 as a regular student, In 1982, he qualified the RAS Exams and got elected for the Rajasthan Udhyog Seva. He was appointed as Assistant Director in the Jila Udhyog Kendra and worked as the General Manager of Jila Udhyog Kendra of Jhunjhnu, Dhaulpur, Rajsamvad, Jaipur, Alwar & Shriganganagar districts of Rajasthan. Currently, he is the Union Minister of State in the Ministry of Water Resources, River Development & Ganga Rejuvenation, and Parliamentary Affairs. He has been elected to the 15th and 16th and 17th Lok Sabhas (terms of the lower house of the Parliament of India) from the Bikaner constituency, in 2009, 2014, and 2019.

He was born on 20 December 1953 to Lakhu Ram Meghwal and Hira Devi in a small village of Kishmidesar in Bikaner, Rajasthan. He is a Master of Arts in Pol. Science, LLB, and MBA from Dungar College in Bikaner and University of Philippines in the Philippines. He was also an IAS Officer in Rajasthan Cadre and seen as the face of Schedule caste in Rajasthan.

He has married Pana Devi and is blessed with 2 sons and 2 daughters. He is a good player in Badminton and is a Farmer and Educationist by profession. His cousin Madan Gopal Meghwal is also a politician from Indian National Congress.

After completing graduation in Law in the year 1977 and post-graduation in Arts in the year 1979 as a regular student, In 1982, he qualified the RAS Exams and got elected for the Rajasthan Udhyog Seva. He was appointed as Assistant Director in the Jila Udhyog Kendra and worked as the General Manager of Jila Udhyog Kendra of Jhunjhnu, Dhaulpur, Rajsamvad, Jaipur, Alwar & Shriganganagar districts of Rajasthan.

In the year 1994, he was appointed as the Officer on Special Duty (OSD) to Mr. Harishankar Bhabda, then Deputy Chief Minister of Rajasthan. While working as OSD to Dy. CM, he was also having charge of General Manager of Jila Udhyog Kendra, Jaipur. In the same year, he was elected as the State President for Rajasthan Udhyog Seva Parisad. Then, he was appointed as Additional Collector (Development) in Barmer. Later on, he won the election of General Secretary for Dr. Ambedkar Memorial Welfare Society, Rajasthan. He was promoted as IAS officer of the 1999 batch in Rajasthan cadre & worked on many administrative posts like Deputy Secretary, Technical Education; Special Secretary, Higher Education; Managing Director, Rajasthan Laghu Udhyog Nigam Limited; Additional Commissioner; Commercial Tax Department; District Collector and District Magistrate, Churu. He took voluntary retirement from the Indian Administrative Service in order to join politics.

IAS officer in the various capacities in Rajasthan Cadre:

From 2011-2014, he was the Co-Chairman of the Committee on the Reservation in Judiciary, under National Commission for SC, He was Served as an IAS officer in various capacities in Rajasthan Cadre;

Arjun Ram Meghwal started his political journey with the Bhartiya Janata Party. In 2009, He was Elected to 15th Lok Sabha. He defeated Rewat Ram Panwar of the INC Party by 19,575 votes. On 2 June 2009, took oath as a Member of Parliament in Lok Sabha.

In 2010, He was the Vice-President, Bharatiya Janata Party (B.J.P.) Rajasthan. Also, he became the Member of National Executive, B.J.P. From 21 Jun 2010 to 31 Aug 2011, he was the Member, Standing Committee on Science and Technology, Environment and Forest.

31 Aug. 2011, He was appointed as the Member, Standing Committee on Personnel, Public Grievances, Law and Justice. In 2011, he became a Convenor, Anuvrat Parliamentarian Forum and in Dec 2011 he was appointed as Member, Zonal Railway User`s Consultative Committee (ZRUCC).

In 2014, He was Re-elected to 16th Lok Sabha (2nd term) He defeated Er. Shankar Pannu of INC Party by 308,079 votes. During his 2nd term as an MP, he was Chief Whip of Bhartiya Janta Party in Lok Sabha. Speaker of Lok Sabha also nominated him as the Chairman of House Committee, Lok Sabha.

In May 2019, Meghwal became Minister of State for Parliamentary Affairs and Heavy Industries and Public Enterprises. He contested and won the Bikaner Lok Sabha seat and defeated INC candidate Madan Gopal Meghwal by a margin of over two lakh votes.

Meghwal doesn’t use the car provided by the government in commuting for work. Instead, he uses his push-bike as a local transport mode. He was given the Best Parliamentarian Award in 2013.

Participated in many programs for the development of the Rajasthani language; extended full cooperation in various capacities for recognition of Rajasthani as an Indian language in VIIIth Scheduled of the Indian Constitution; Worked as a Principal Advisor of Bhwana Meghwal Memorial Trust, which is committed to promoting the talented and economically deprived students by providing scholarships etc. and guidance by various programs; the Trust has been conducting group marriage programs of the weaker sections of the society and seminar, workshops to awaken the people about social issues.

Initiated Debate and Discussion for the abolition of Manual Scavengers in the Country in 15th Lok Sabha and has raised the matter since the vigorously. This issue has been raised the first time in the Calling Attention by him. 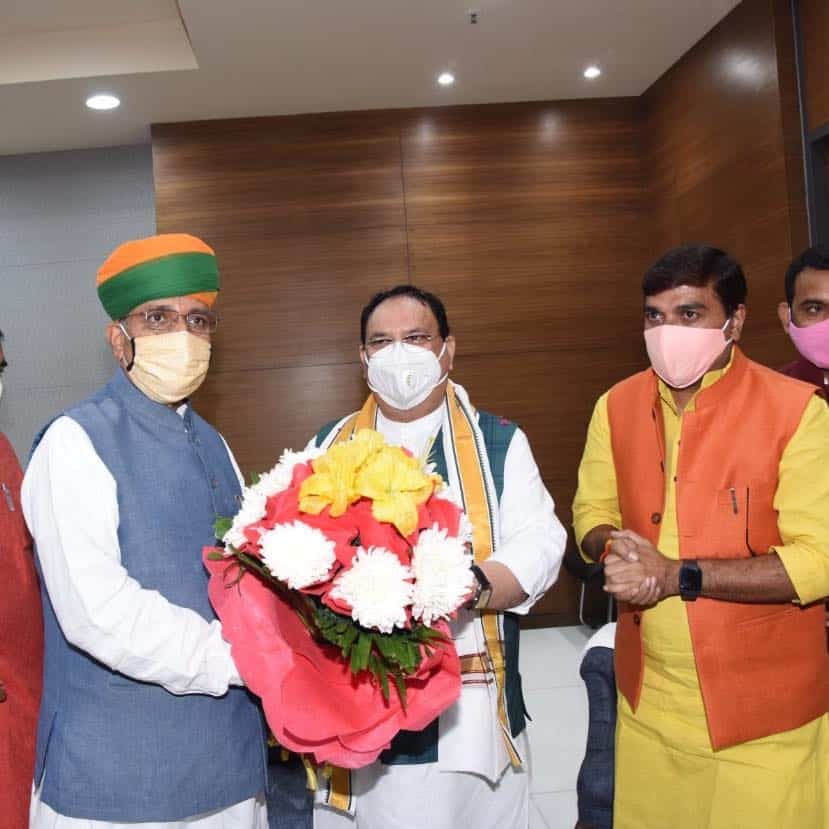 NDA wins in Bihar elections is the victory of people’s trust in the leadership of Prime Minister Shri Narendra Modi Ji. During this time, the benefit of the efficient organizational experience and guidance of our National President Shri Jagat Prakash Nadda Ji was continuously given to all the workers. Today I met the National President at the party headquarters and gave hearty congratulations and best wishes. 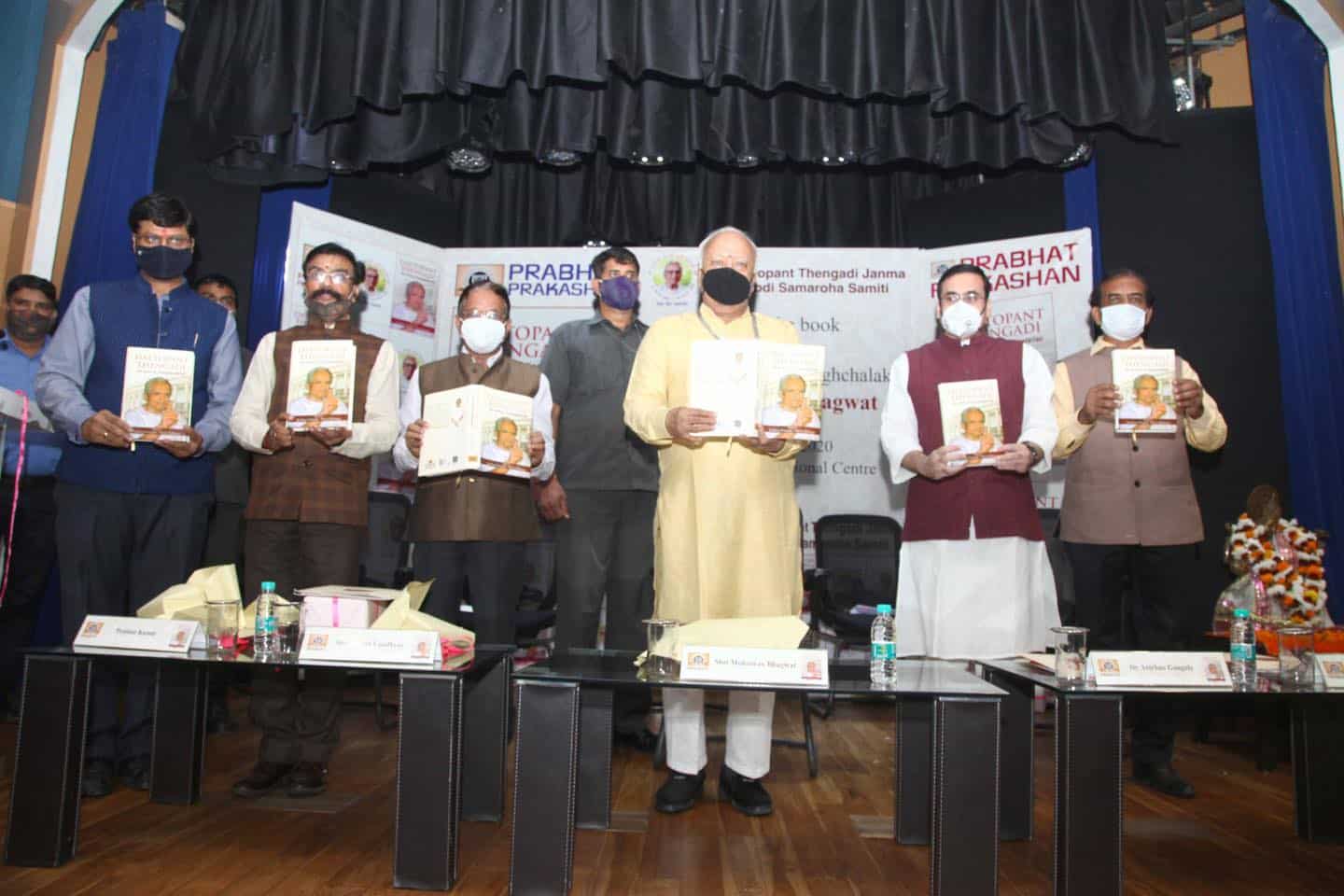 On the occasion of the birth centenary of Shri Dattopant Thengadiji Ji, Parampujya Sarsanghchalak Mann at Ambedkar International Center, Delhi. The book published by Mr. Mohanrao Bhagwat on his collection of parliamentary speeches was published. Got the company of Honorable Bhagwat Ji in this program. 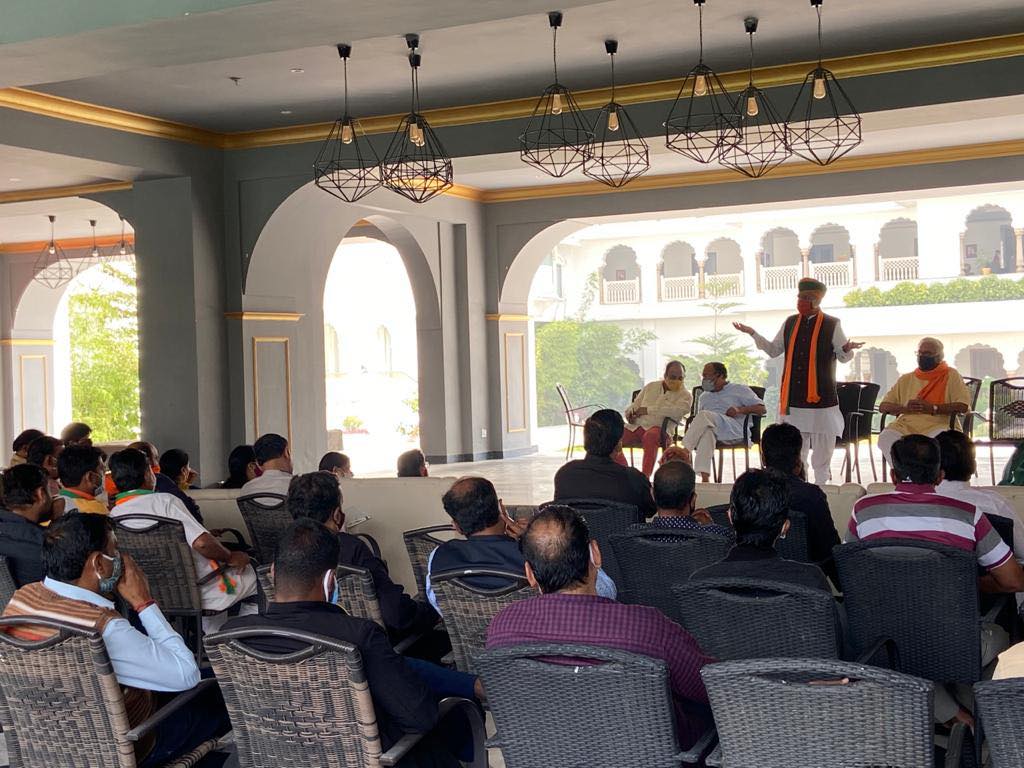 held a meeting with the newly-elected BJP councilors of Jaipur Heritage Municipal Corporation and discussed strategy about the upcoming elections for the post of Mayor. In-charge Shri Vasudev Devnani and other BJP leaders were present on this occasion. 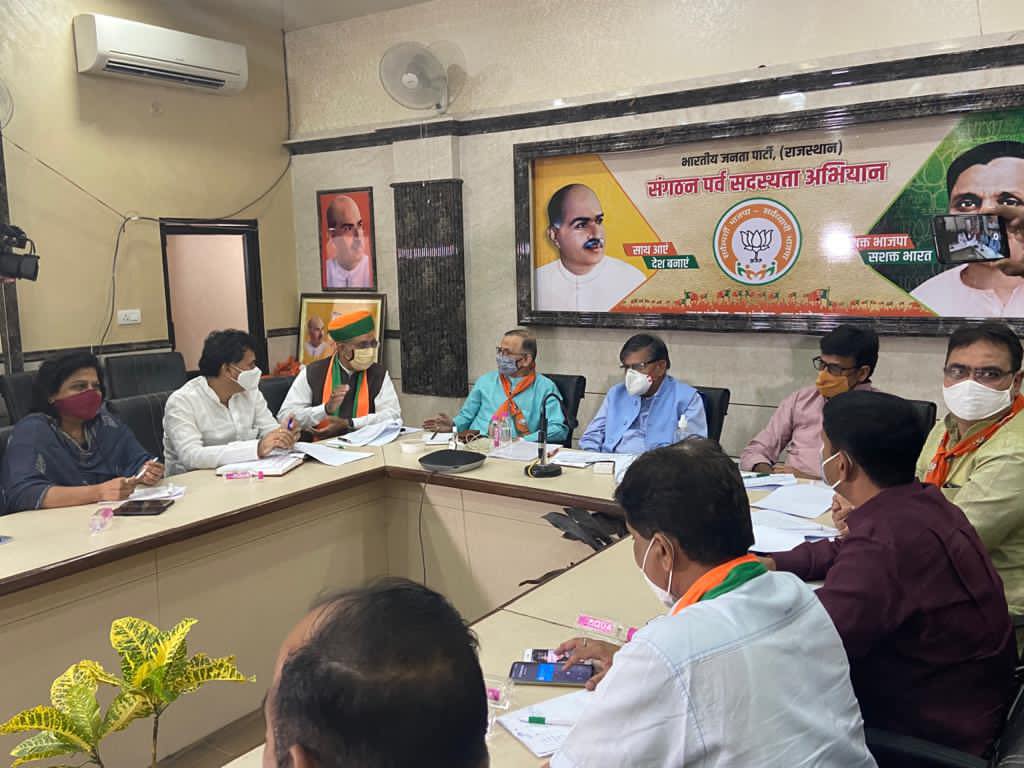 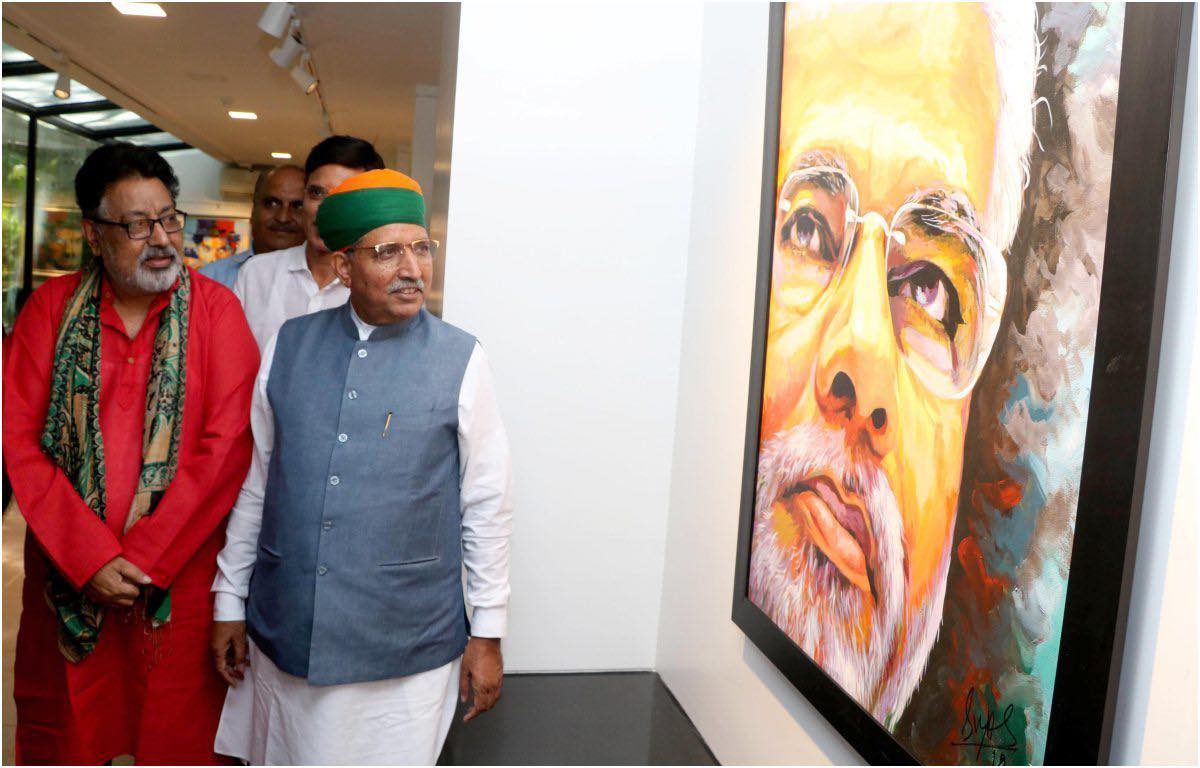 t is very sad to know the untimely demise of famous artist and senior journalist Mr. Gopal Ji Vyas, who illuminated the name of Bikaner at national and international level in the field of painting and arts. I pray to God to give peace to the holy soul and to the bereaved family members to bear immense pain.
Om peace 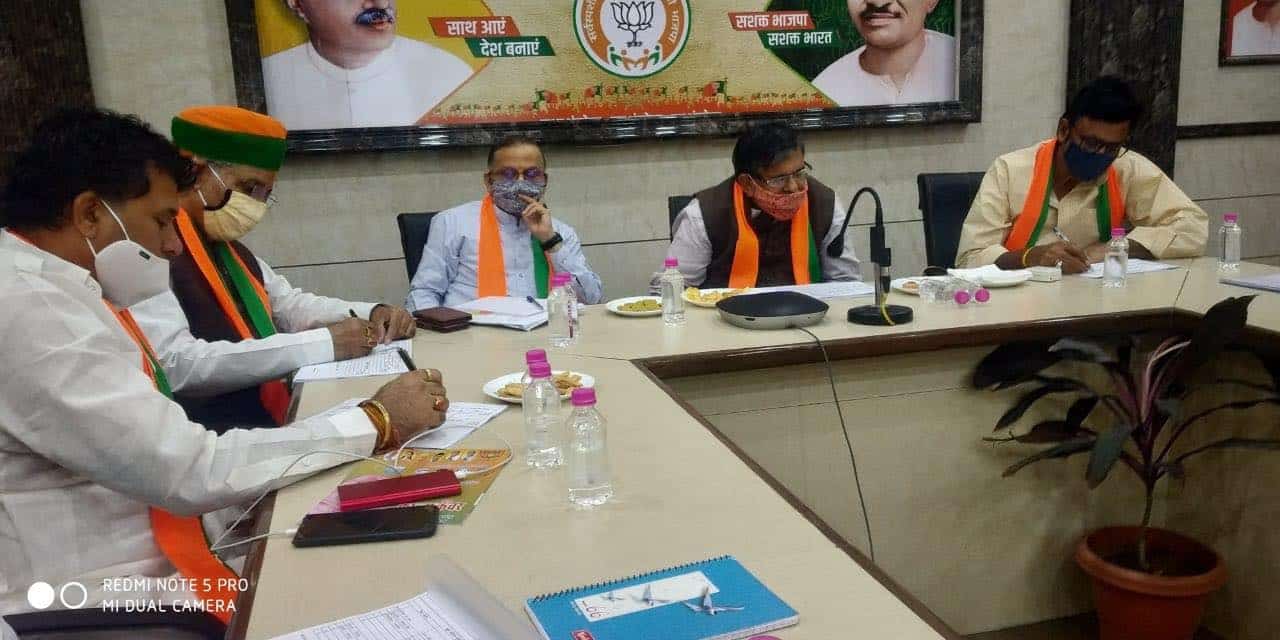 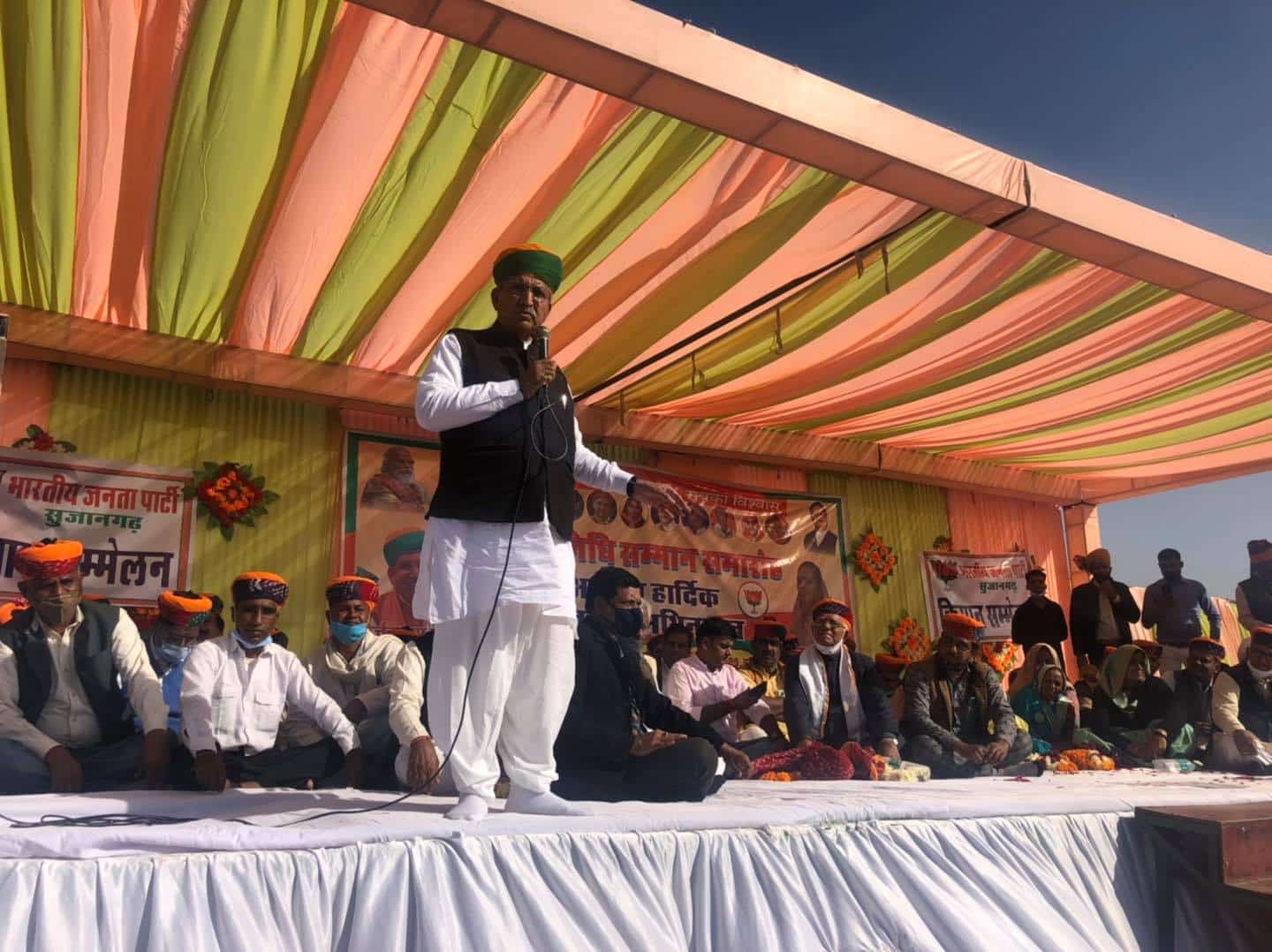 Participated in the Janpadanidhi Samman ceremony and Kisan Sammelan organized by the Bharatiya Janata Party Sujangarh unit, and addressed the farmers present about the agrarian reform laws. 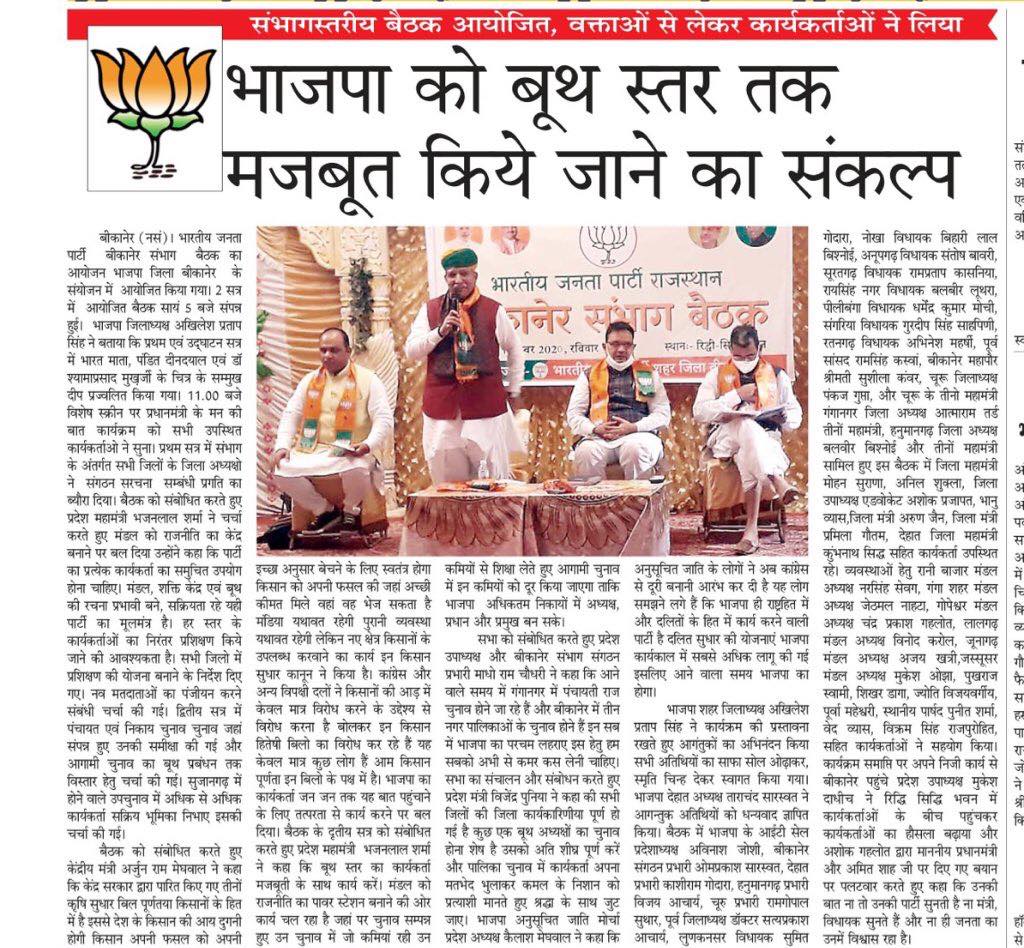 In the divisional meeting of the Bharatiya Janata Party, took a pledge to strengthen the BJP to the booth level. 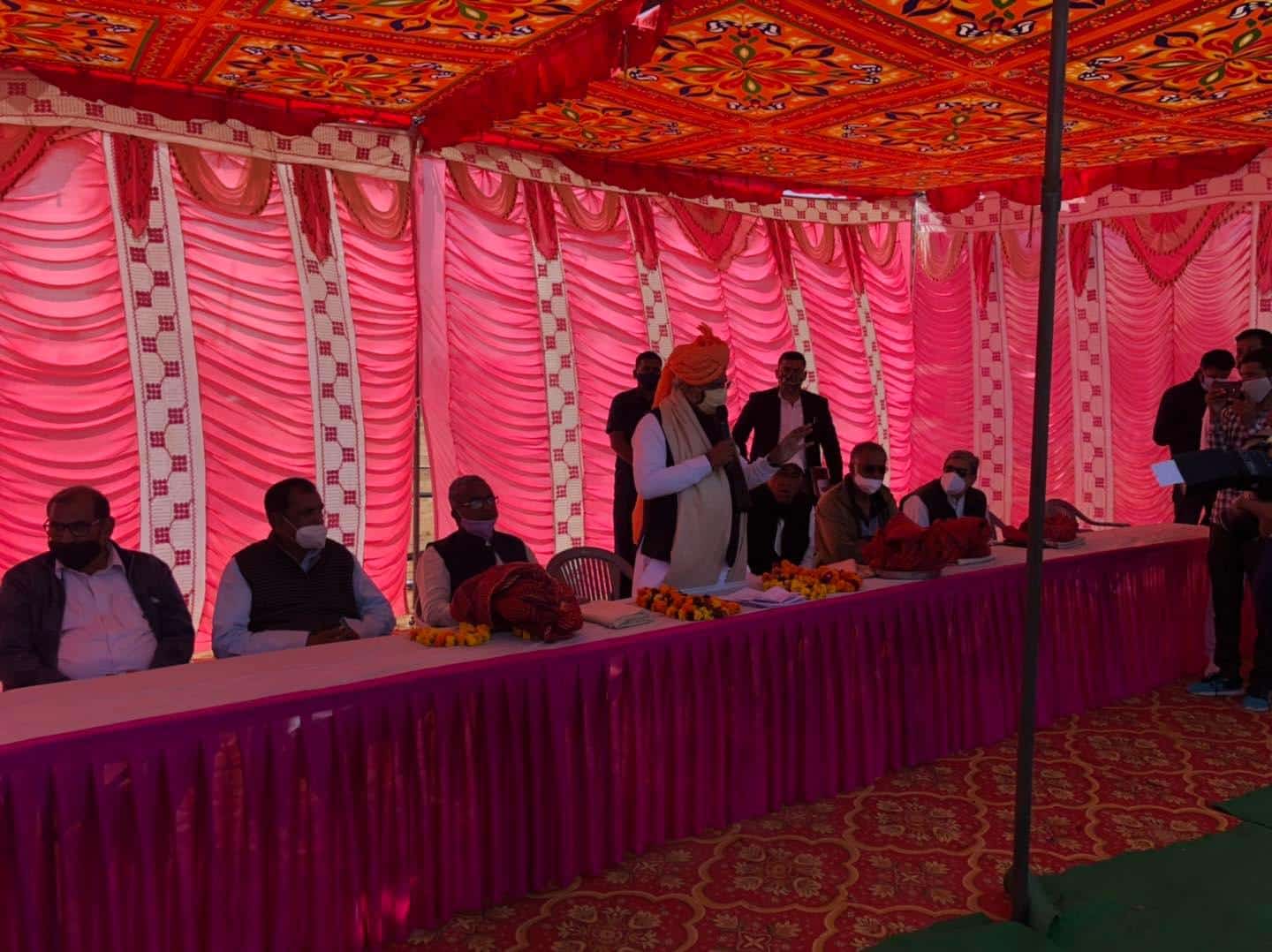 Addressed with the enlightened people in the program organized by Goswami Samaj Samiti on the occasion of the birth anniversary of Lord Dattatreya Ji during the Shridungarh migration in the parliamentary constituency Bikaner today.

Master of Arts in Pol. Science, LLB and MBA from Dungar College in Bikaner and University of Philippines in Philippines.

joined in the BJP

Committee on the Welfare of Scheduled Castes and Scheduled Tribes

Committee on Absence of Member from the Sitting of the House

of Lok Sabha from BJP.

of Standing Committee on Railways

Joint Committee on Offices of Profit

of State, Ministry of Finance

for Heavy Industries and Public Enterprises

Minister of State for Parliamentary Affairs