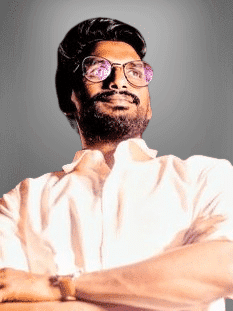 On the 10th of June, 1996, Vinay was born to the couple Mr Arjilli Paradeshi and Mrs Arjilli Venkatamma and raised in Appikonda Village of Vishakapatnam district in the Indian State of Andhra Pradesh.

Vinay obtained his Secondary Board of Education from Zilla Parishad High School, In 2010, Placed at Lankelapalem in Vishakapatnam.

In 2014 he completed his Diploma at Thandra Paparayudu College, Bobbili. From 2015-2018 he gets into his higher education with his Bachelor of Technology (B-Tech) in MSR ITI College, Vishakapatnam.

After completing his studies, Vinay entered the workforce by working in the Steel Plants. He managed his family chores concurrently.

Vinay takes a genuine interest in the Party and participates proactively in every activity, executing his responsibilities according to a code of conduct and for the party’s public exposure.

Vinay was selected as a Janasena party Active Member in 2016. He takes a decent interest in the Party. He engages proactively in every activity, performing out of his responsibilities in compliance with a code of conduct and for the benefit of the party’s publicity.

Because of his commitment, enthusiasm, and selflessness on behalf of the people of the state and the requirements of the people in the state, Vinay was given the position of 77th Ward Youth Leader from Pedagantyada Mandal of Andhra Pradesh state from Janasena by doing his part to mitigate the difficulties experienced by people. 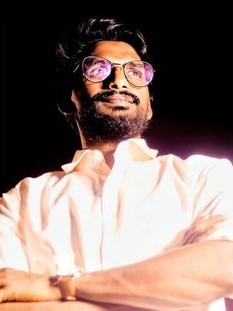 We cannot all do great things, but we can do small things with great love