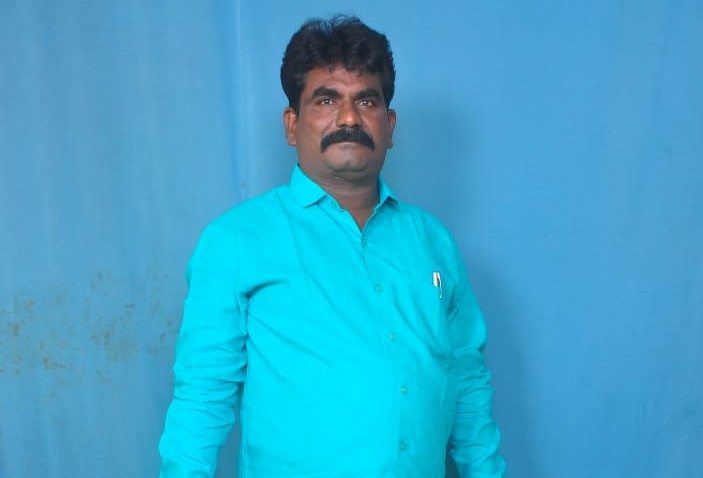 Annepaka Narasimha Rao is the District General Secretary of SC-Cell of Krishna from the YSRCP and His Daughter Praneetha is the Sarpanch of Mangollu. He was Born on 20-01-1973 to Punnaiah in Mangollu Village of Vatsavai Mandal, Krishna Dist. In 1991, He has completed SSC Standard from the ZPHS, Mangollu. In 1993, He completed Intermediate from Sri Jentala Shakunthalamma Kalasala.

In 1994, He started his political journey with the Indian National Congress Party and He was elected as Ward Member of Mangollu from the Congress Party. From 1994-2014, he was the Personal Assistant(PA) at the samineni Udaya Bhanu Garu.

In 2011, He joined the YSRCP. He Participated in Padayatra Program. In 2015, He was served as Director of the Primary Agricultural Cooperative Society of Mangollu. He was at the party time and was supportive of every activist. He is solving the problems of the Village People and farmers, helping them in every possible way

He used to help people through Manya Sri “Babu Jagjivan Rao Arundhati Seva Sangham”. From 2016-2018, he was the SC-Cell Mandal Party in Incharge of Vatsavai from the YSRCP. During 2019-2020, He was the District General Secretary of SC-Cell from the Krishna.

Narasimha Rao daughter Annepaka Praneetha. In 2021, She elected as Sarpanch of Mangollu from the YSRCP.

Joined in the National Congress Party

of Mangollu from the Congress Party.

at the Samineni Udaya Bhanu Garu.

of the Primary Agricultural Cooperative Society of Mangollu

of SC-Cell from the Krishna.