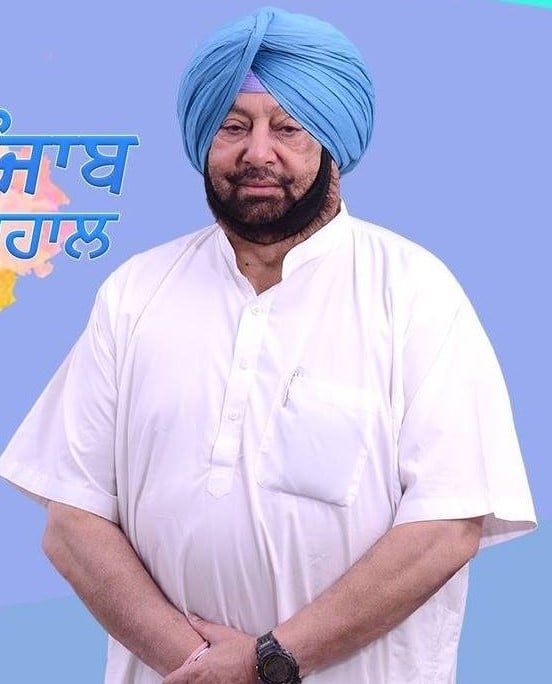 Amarinder Singh is an Indian politician and military historian serving as the 15th and current Chief Minister of Punjab. He was born on 11-03-1942 to Maharaja Yadavindra Singh and Maharani Mohinder Kaur of Patiala belonging to the Phulkian dynasty.

He completed his schooling from Cambridge from Doon School in 1959, Intermediate from NDA in 1962, Commissioned in Army from IMA Doon in 1963. He married Preneet Kaur she served as a Member of Parliament(MP) and was Minister of State in the Ministry of External Affairs from 2009-2014.

Singh served in the Indian Army from 1963-1966 after graduating from the National Defence Academy and the Indian Military Academy. He was commissioned into the Sikh Regiment.

He served as the Aide-De-Camp to the General Officer Commanding-in-Chief Western Command, Lieutenant General Harbaksh Singh, from 1964. He participated in the 1965 Indo-Pakistan War. He is President Of All India Jat Mahasabha.

He started his political journey with the Indian National Congress(INC). He was elected as a Member of the Legislative Assembly(MLA) from Patiala.

He was also the President of Punjab Pradesh Congress Committee, the state division of the Indian National Congress. In 1980, He was elected to the Lok Sabha for the first time.

In 1984, He resigned from Parliament and from Congress as a protest against the Army action during Operation “Blue Star”. Subsequently, he joined the Shiromani Akali Dal was elected to the state legislature from Talwandi Sabo, and became a Minister in the State Government for Agriculture, Forest, Development, and Panchayats.

In 1992 he broke away from the Akali Dal and formed a splinter group named Shiromani Akali Dal (Panthic) which later merged with the Congress in 1998 after Sonia Gandhi took over the reign of the party.

Captain Amarinder Singh is also a Permanent Invitee to the Congress Working Committee since 2013. He defeated senior BJP leader Arun Jaitley by a margin of more than 102,000 votes in the 2014 general elections.

He has been a Member of the Punjab Vidhan Sabha for five terms representing Patiala (Urban) thrice, Samana, and Talwandi Sabo once each. On 27-November-2015, Amarinder Singh was appointed as President of the Punjab Congress.

Singh was sworn in as the 26th Chief Minister of Punjab on 16-March-2017. He currently serves as the Chairman of the Punjab Urdu Academy. 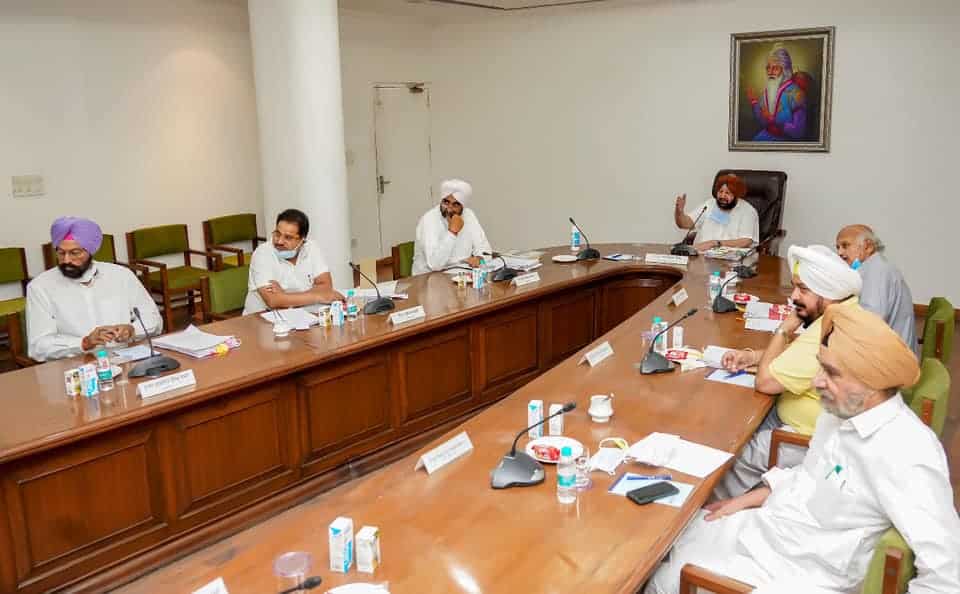 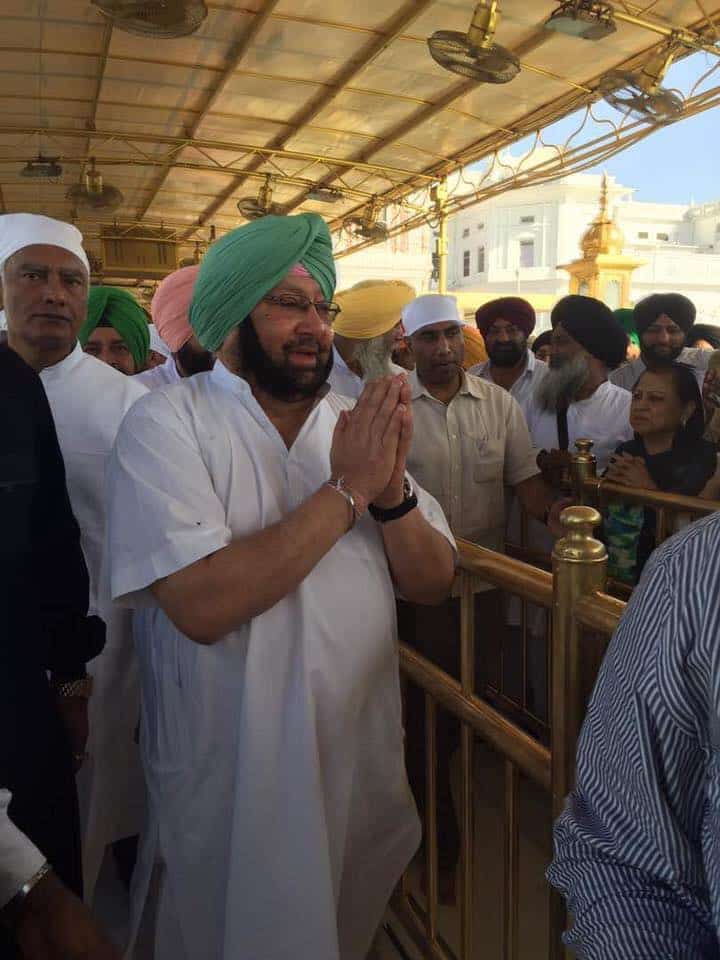 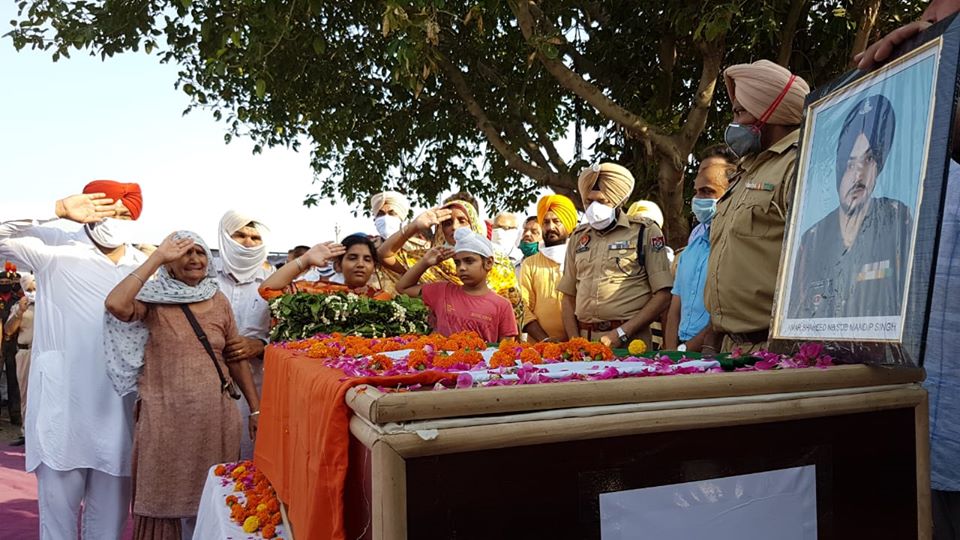 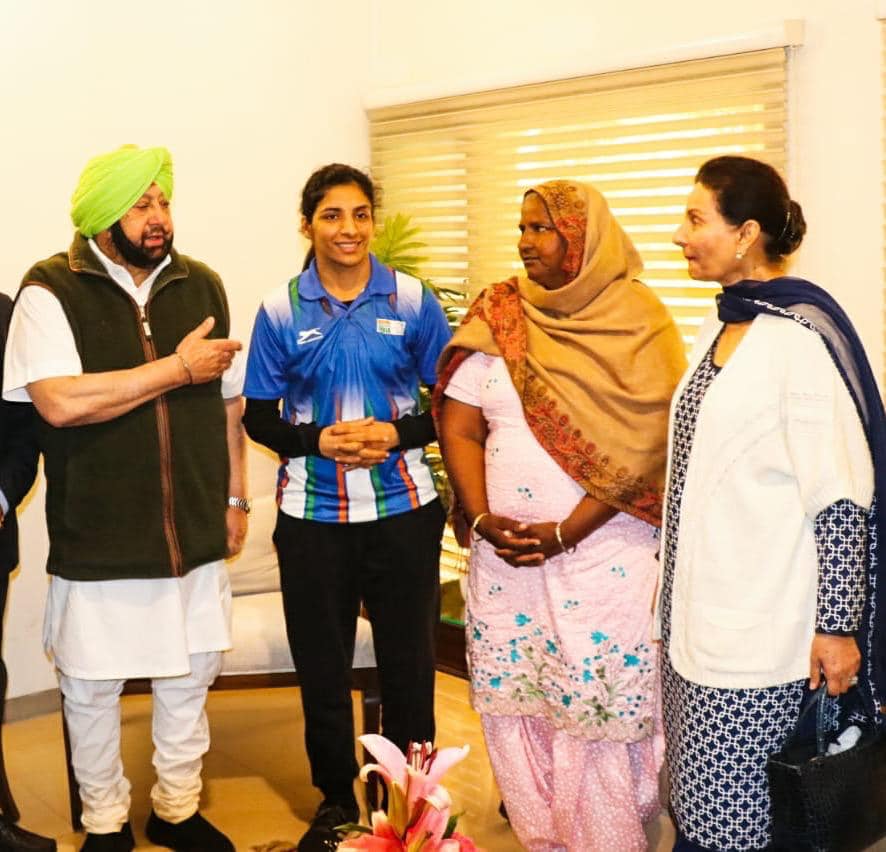 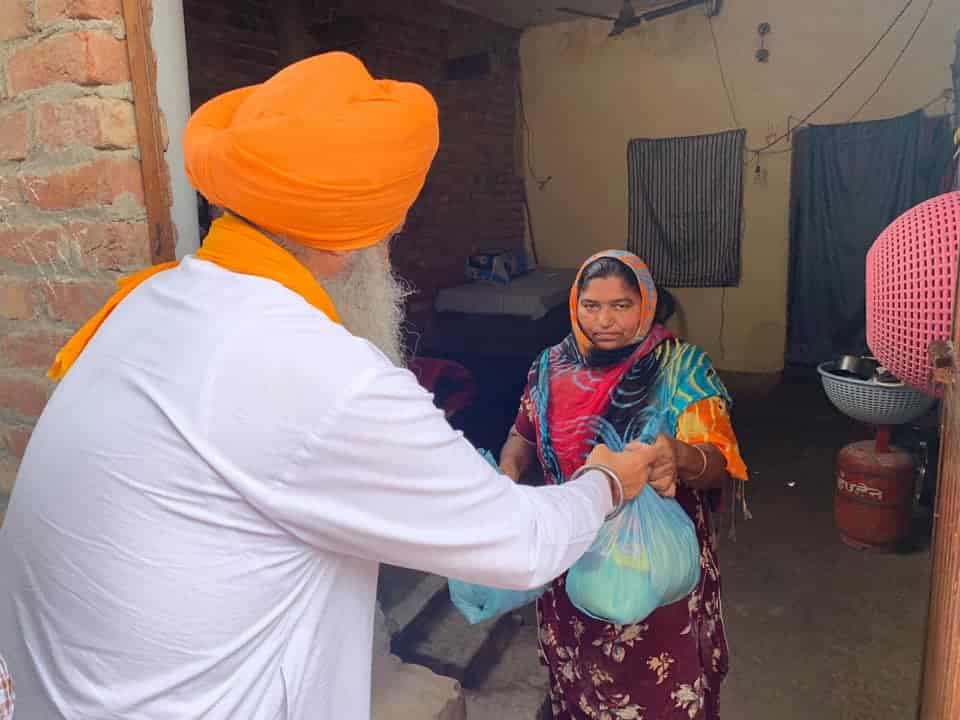 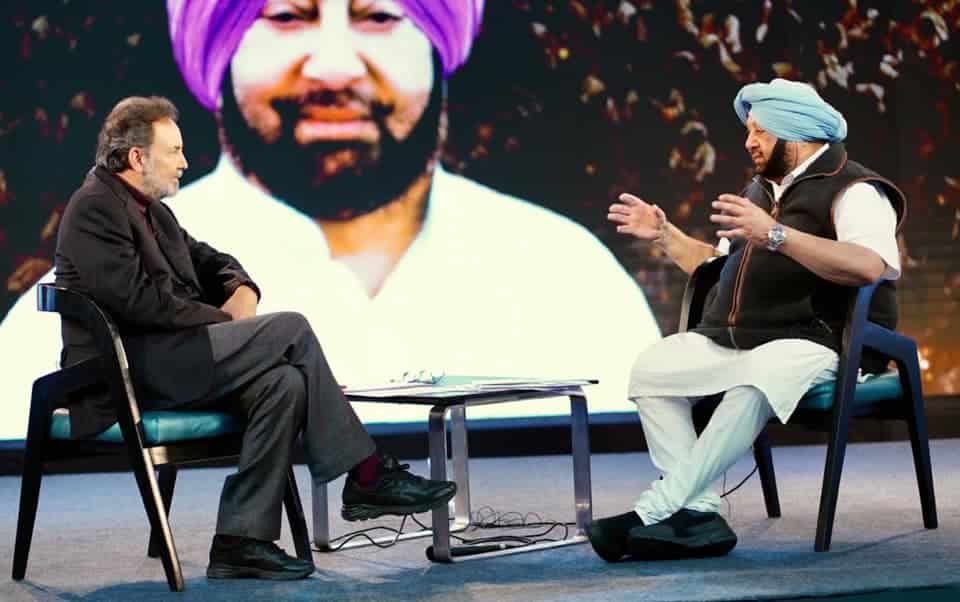 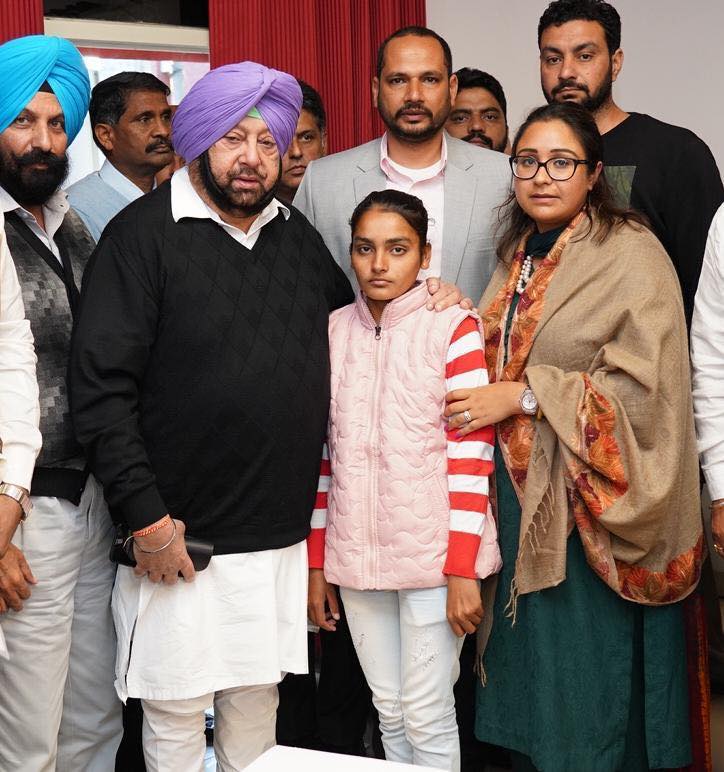 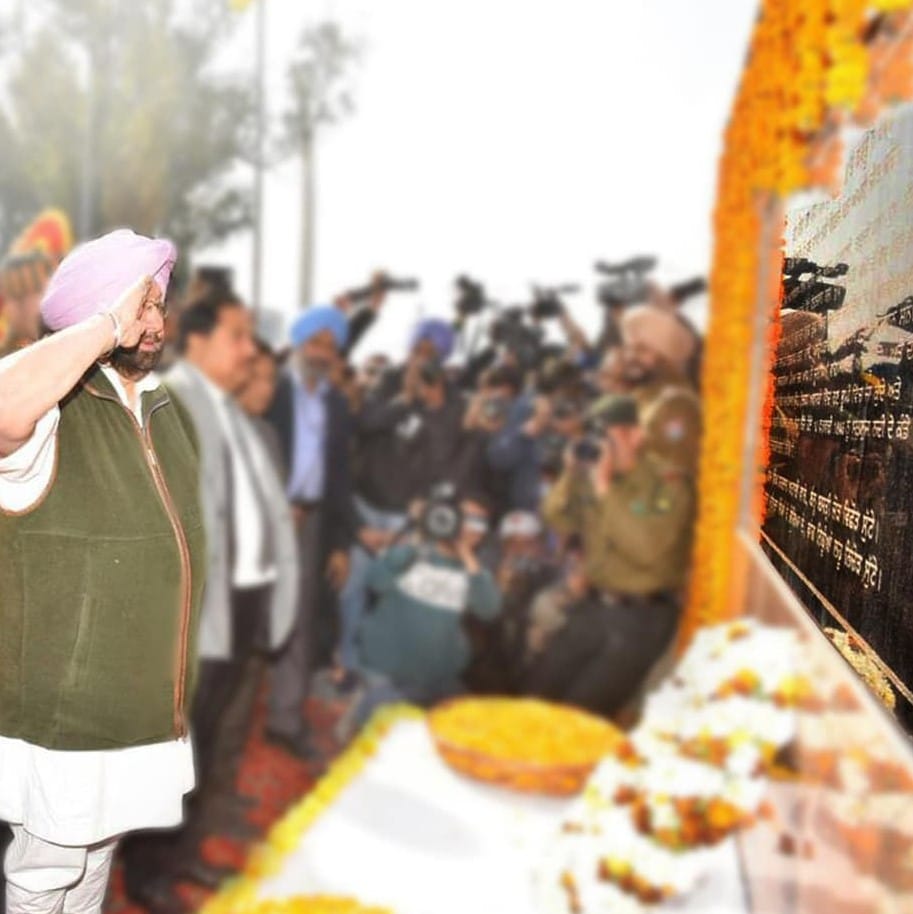 from the National Defence Academy and the Indian Military Academy

of All India Jat Mahasabha

Member of the Legislative Assembly from Patiala

Minister in the state government

for Agriculture, Forest, Development and Panchayats

of the Punjab Vidhan Sabha

of Standing Committee on Defence

of the Punjab Urdu Academy

A few glimpses of event at Dera Baba Nanak on the auspicious occasion of 551st Prakash Purb. #GuruNanakJayanti pic.twitter.com/5Xpcg8hIdE

I congratulate and salute all personnel of @BSF_India on their 56th Raising Day. They truly live by their motto of ‘Sarvada Satark’ and I join my fellow Indians in thanking them for guarding our borders with courage and valour. Jai Hind! 🇮🇳 #BSFRaisingDay pic.twitter.com/ZVGThNW9kB

Met representatives of our Kisan Unions to discuss the three recent ordinances related to Agriculture passed by the Centre. All Kisan Unions unanimously resolved to urge Centre to withdraw these Ordinances as well as the proposed amendment to Electricity Act in Punjab‘s interest. pic.twitter.com/5PRpSQ3MXO

Delightful to read about 103 year old Sukha Singh Chhabra Ji who has successfully defeated #Covid19. Your indomitable spirit & resilience leading to your recovery is truly inspirational. I wish you best of health always.https://t.co/XxGVUGtUfg

Punjab is leading the fight against #Covid19. Less than 2% Punjabi’s report positive when tested for the virus. This manifests our strong resolve to keep everyone safe and that we are moving towards #MissionFateh. pic.twitter.com/HZa3qehmh4

In All-Party Meeting called on Agricultural Marketing Ordinances as well as #Covid19. Began with a two-minute silence as tribute to our brave soldiers killed in action at the LAC in Ladakh. pic.twitter.com/JvO8kbBzIU

The Chinese are just not trustworthy, as we have seen before. This Hindi-Cheeni Bhai Bhai sloganeering is just a farce and China has never seriously meant it. Discussed the #GalwanValleyFaceOff issue with @Outlookindia at length https://t.co/ewu8oATBDL

Sending my best wishes to Shri @virbhadrasingh Ji on his birthday. Pray for your good health and long life. pic.twitter.com/yQ9FbvJV3R

Sharing my interview with @IndiaToday on what I think went wrong in Ladakh. https://t.co/pvwrqzoBRp

I pay my respects and bid adieu to Punjab's gallant sons, Nb Sub Mandip Singh & Nb Sub Satnam Singh whose last rites have been organised today. It's a terrible loss and we will forever remember your supreme sacrifice. Jai Hind! pic.twitter.com/RZE8KG5cBi

To prevent community spread of #Covid19 in Punjab, in today's review meeting we have decided to
1 - Have restricted movement over weekend & holidays. Industries will be exempted.
2 - Stronger vigilance on people coming from other states with strict home quarantine for all. (1/2) pic.twitter.com/Qv9TA5VanL

Large number of women in Bassi Pathana in association with NGO Mehar Baba Charitable Trust, who earned their livelihood by making Phulkaris, are now making Gowns & Masks for #CoronaWarriors. Happy that they’ve attracted big order from a renowned firm.https://t.co/Q6bnA7zyaU

Send me your questions and queries for this week’s i.e. 16th edition of #AskCaptain. Looking forward to speaking to you all. pic.twitter.com/q5Ilhh20CZ

Tributes to Madan Lal Dhingra Ji on his Martyrdom day. He inspired many revolutionaries including Bhagat Singh & Chandrashekhar Azad. Let’s together salute his bravery and sacrifice. pic.twitter.com/NO12ILogWv

Many beneficiaries of the state government's ‘#Punjab Smart Connect Scheme’ were those whose parents or families did not have #smartphones or those who had to share it with their siblings.@capt_amarinder #PunjabSmartConnect #CaptainSmartConnect https://t.co/Hv1Hemqsn0

Also, urged PM @NarendraModi Ji for a fiscal package to help offset the drop in State’s revenues & also sought his intervention in directing UGC to not hold mandatory exams for exit classes by end-September since Punjab will be hitting #Covid19's peak around that time. (2/2) pic.twitter.com/zMK3BaNEaq

Also, reviewed their #Covid19 preparedness, 180/day testing facility to be launched in 2 weeks which would be ramped up to 500 soon. #MissionFateh pic.twitter.com/bsTOJxLN1f