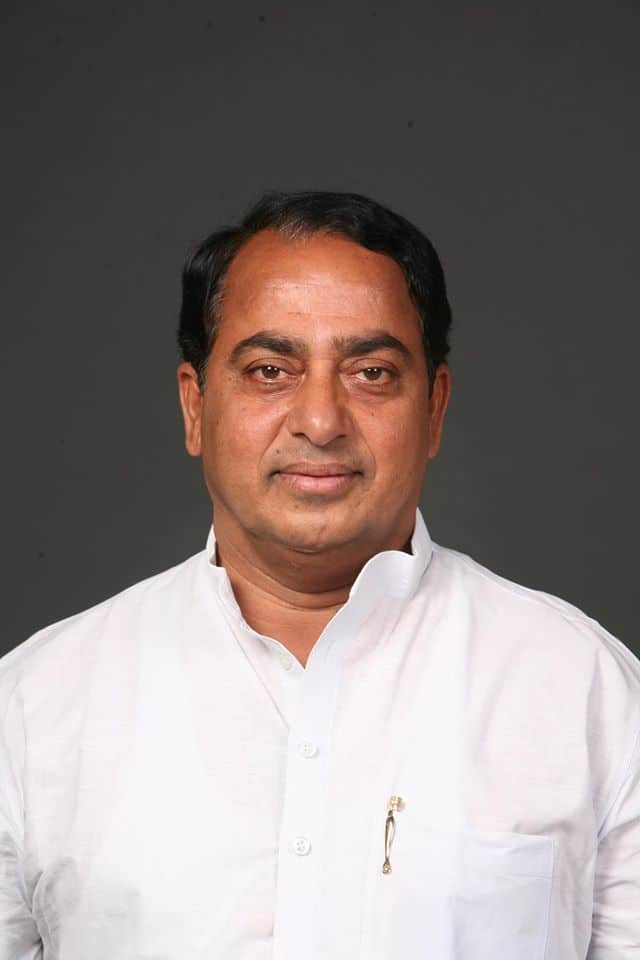 Allola Indrakaran Reddy is the Minister of Endowments, Law, and Environment, Forest of Telangana, and MLA from Nirmal (Assembly constituency). He was born on 06-02-1949 to Allola Narayana Reddy in Yellapally, a village near Nirmal. He completed his Graduate LLB from Osmania University Hyderabad in 1974. By profession, Indrakaran Reddy is an agriculturist and a Social Worker. He worked as a Teacher.

In 1980, He started his Political Journey with the Telugu Desam Party(TDP). From 1991- 1996, He was the M.P(Member, 10th Lok Sabha) from Telugu Desam Party and he was also the Chairman of Zilla Parishad. He joined the Congress Party. He worked as Convenor of Telangana Congress Legislative Forum and Telangana Reasonal Congress Co-ordination Committee Member. From 1999-2004, he was elected as a Member of the Legislative Assembly from Nirmal, Adilabad from the Indian National Congress(INC).

From 2004-2008, he was elected as a Member of the Legislative Assembly from Nirmal, Adilabad for the Indian National Congress. In 2008, Reddy was elected into the 14th Lok Sabha after the By-elections. He joined the (Bahujan Samaj Party) BSP. He was elected as MLA of Nirmal in the 2014 General Election as a BSP candidate and won over Sri Hari Rao by a margin of 10,000 votes. He later joined the Telangana Rastra Samithi (TRS) Party.

In 2018, he contested and elected as an MLA from Nirmal (Assembly constituency) in the state of Telangana. He is the current Minister of Endowments, Law, and Environment, Forest of Telangana in 2019. 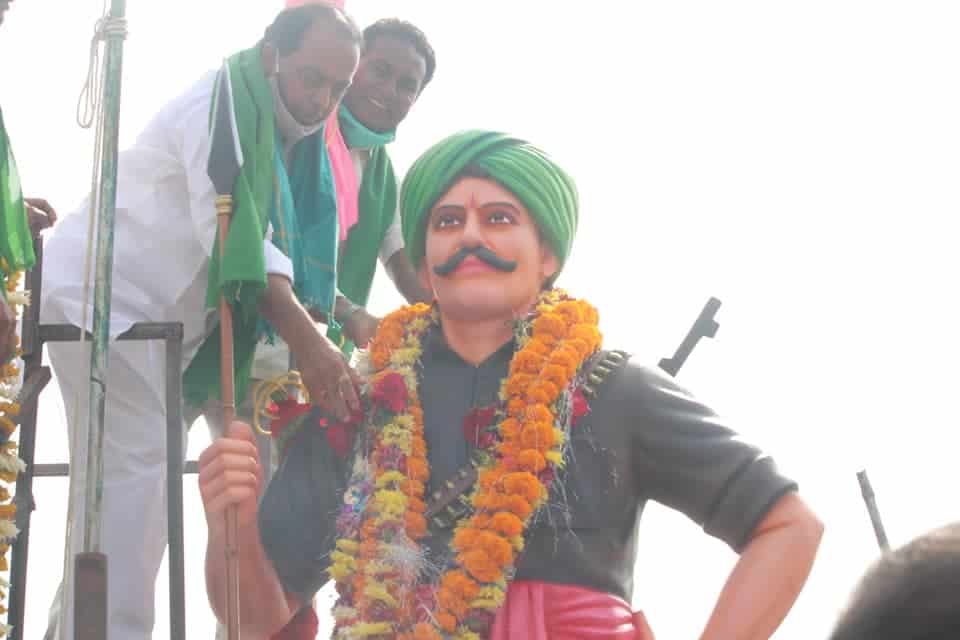 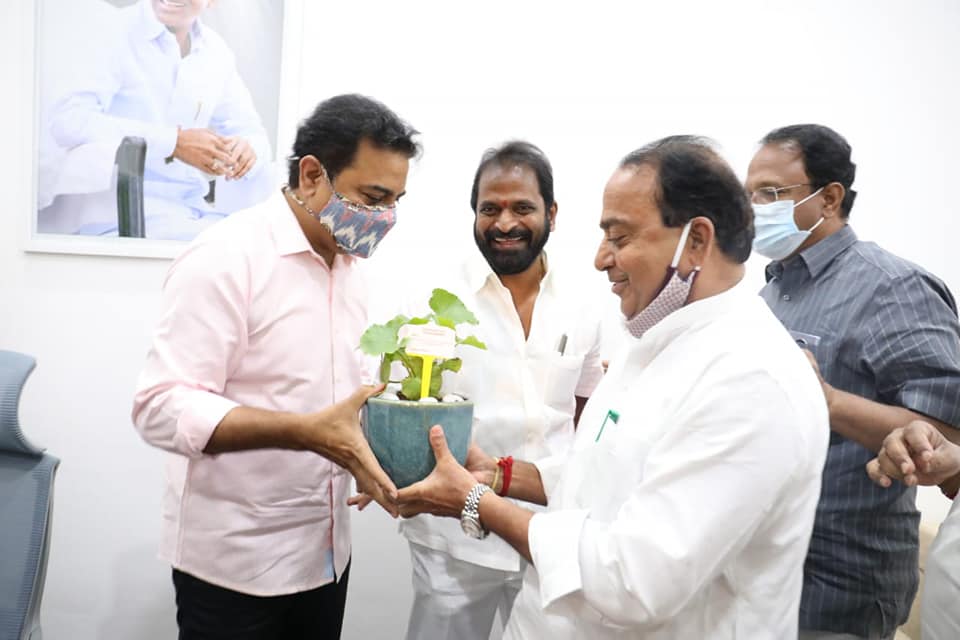 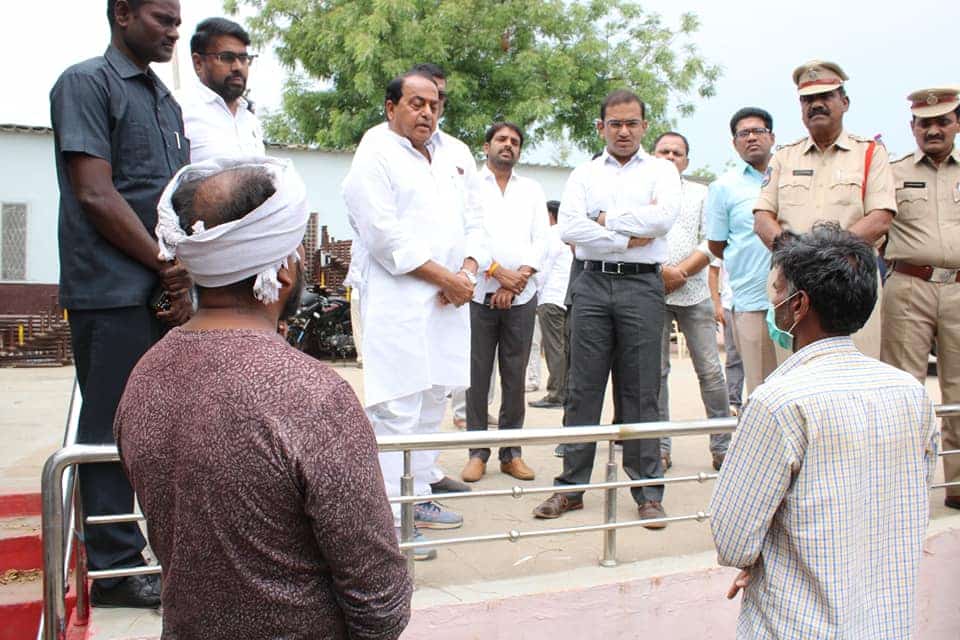 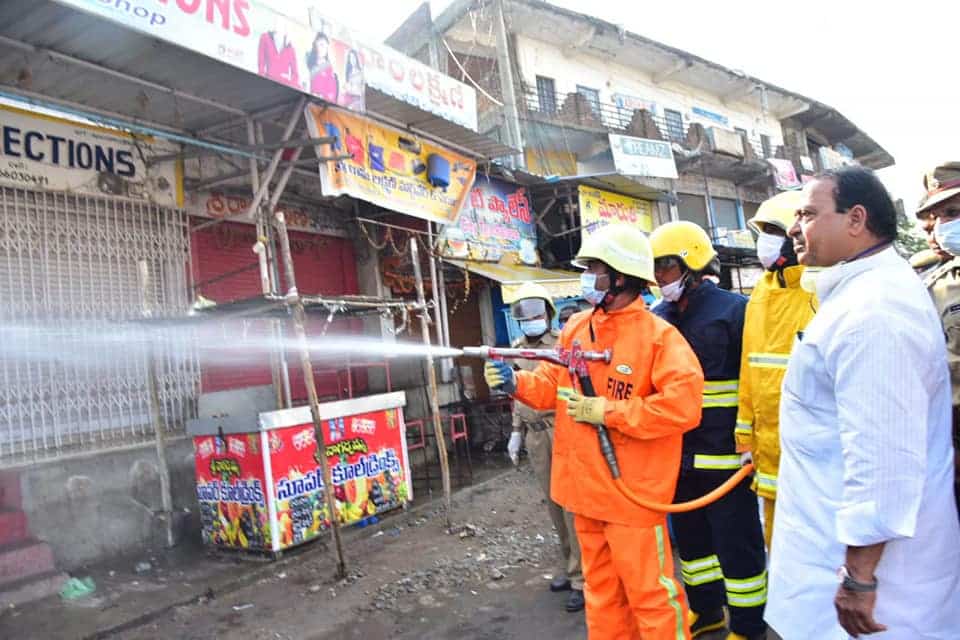 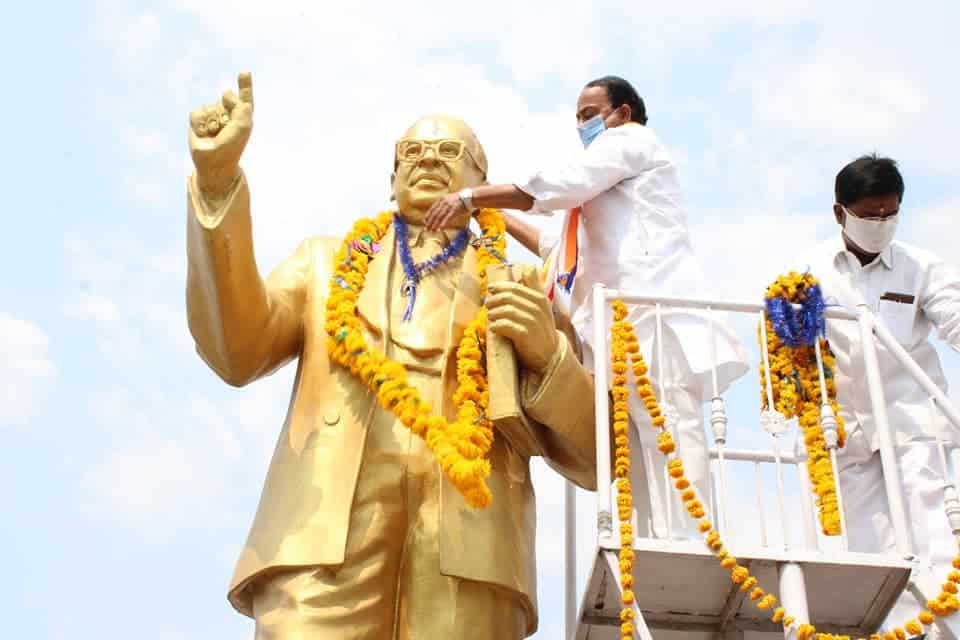 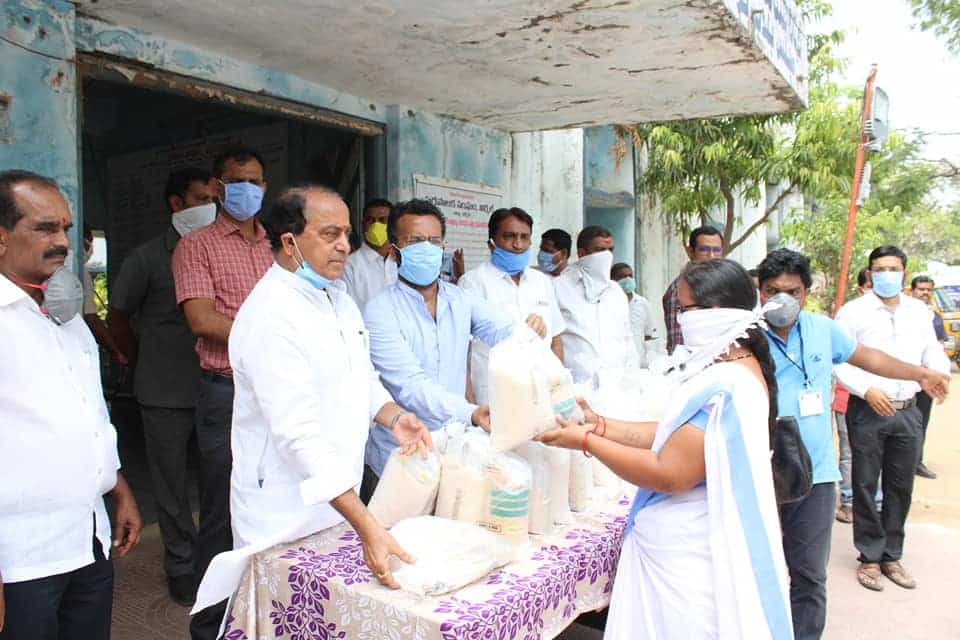 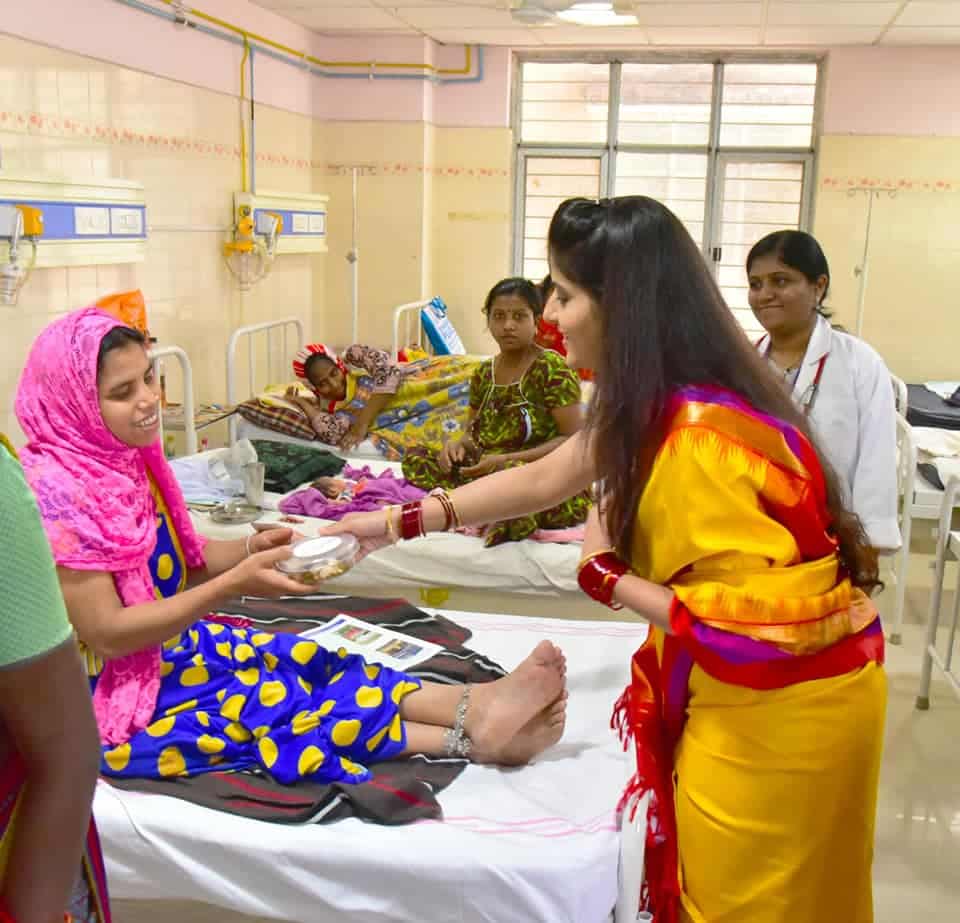 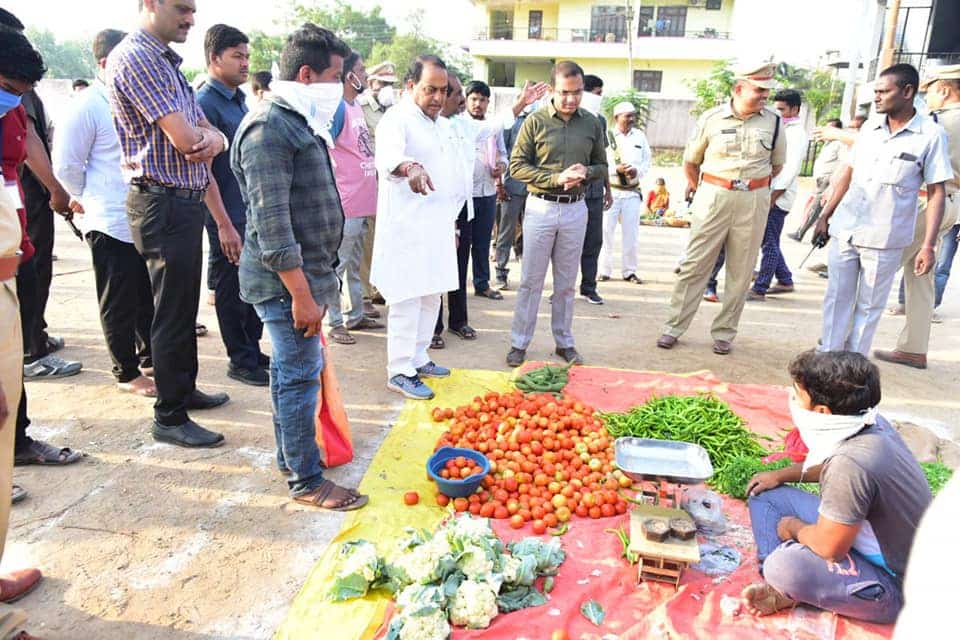 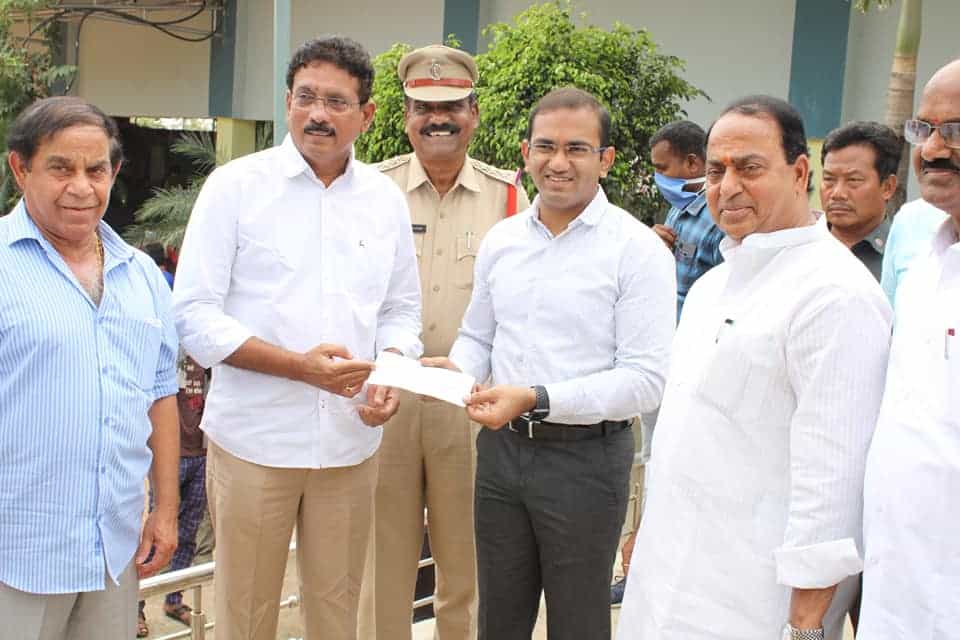 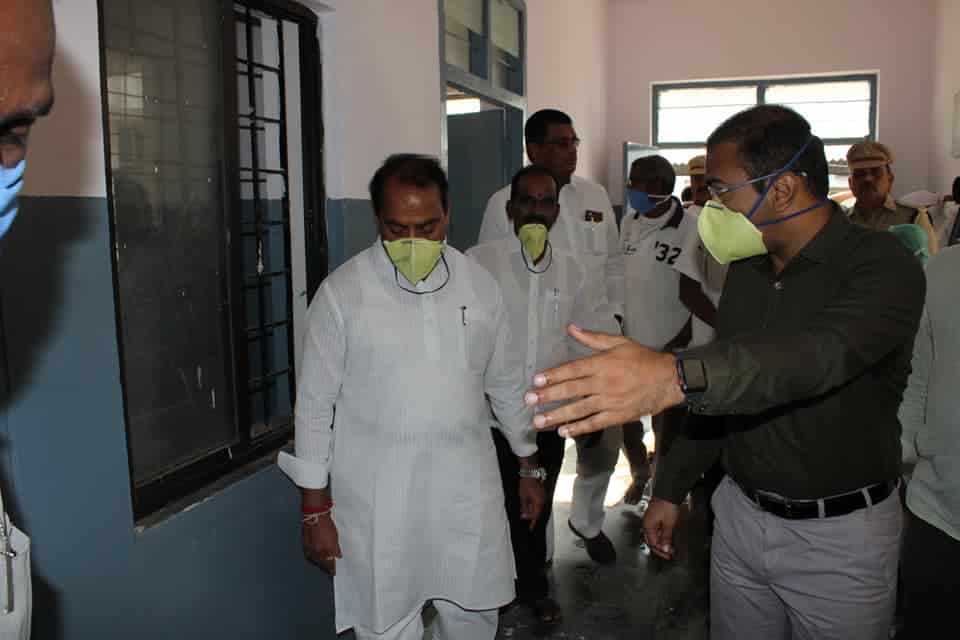 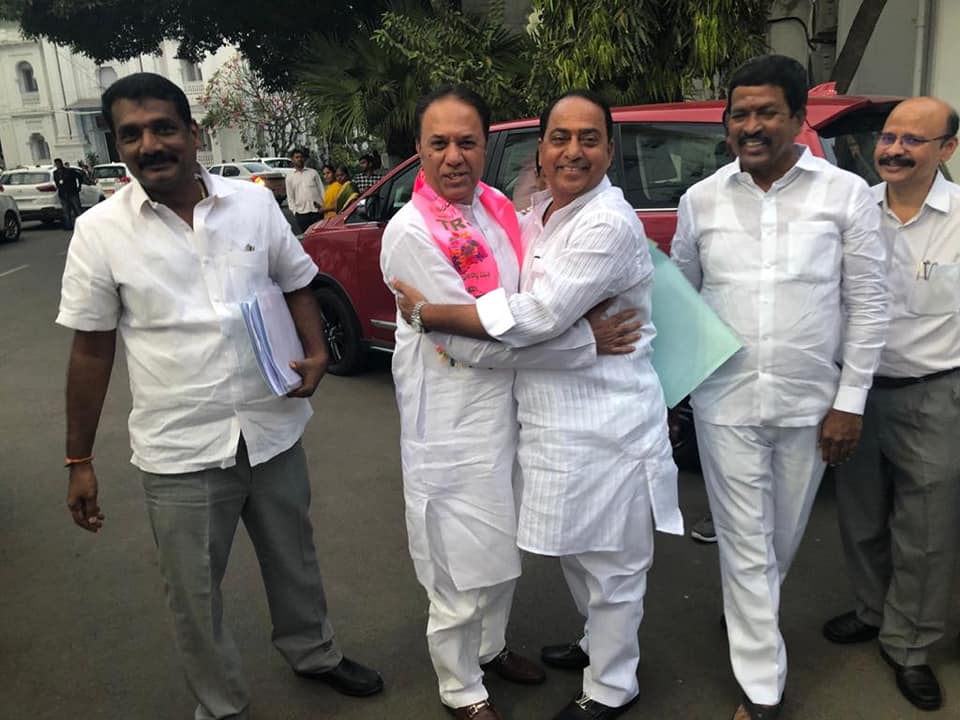 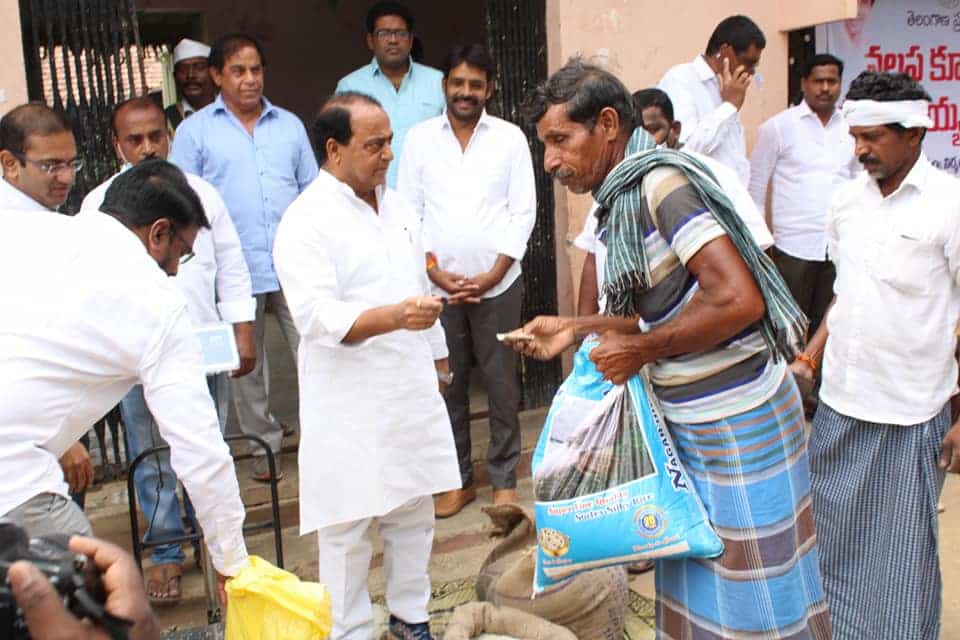 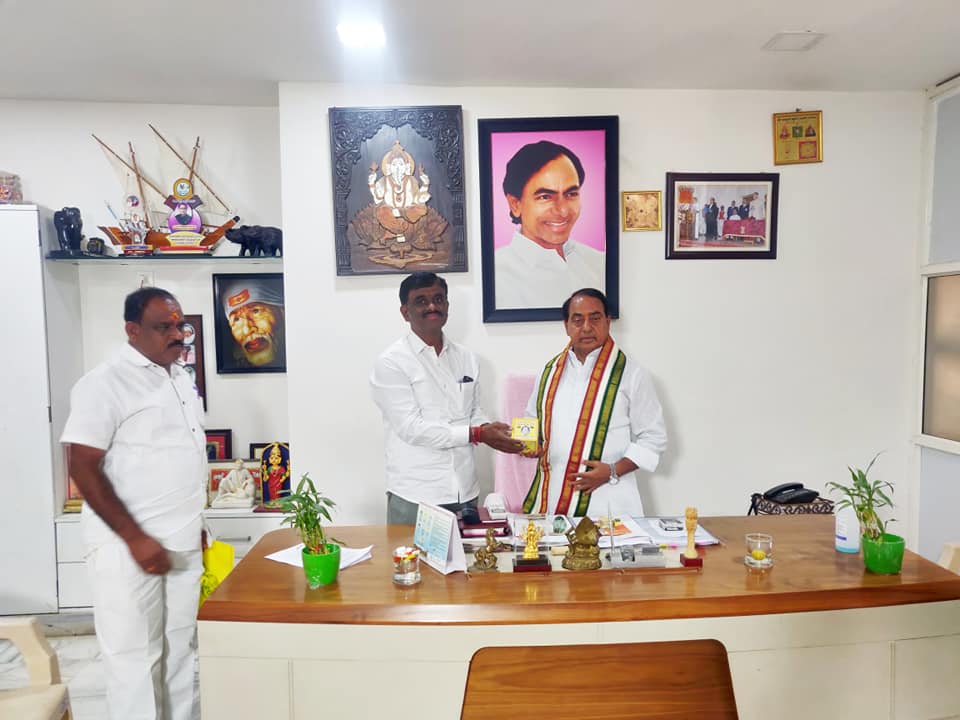 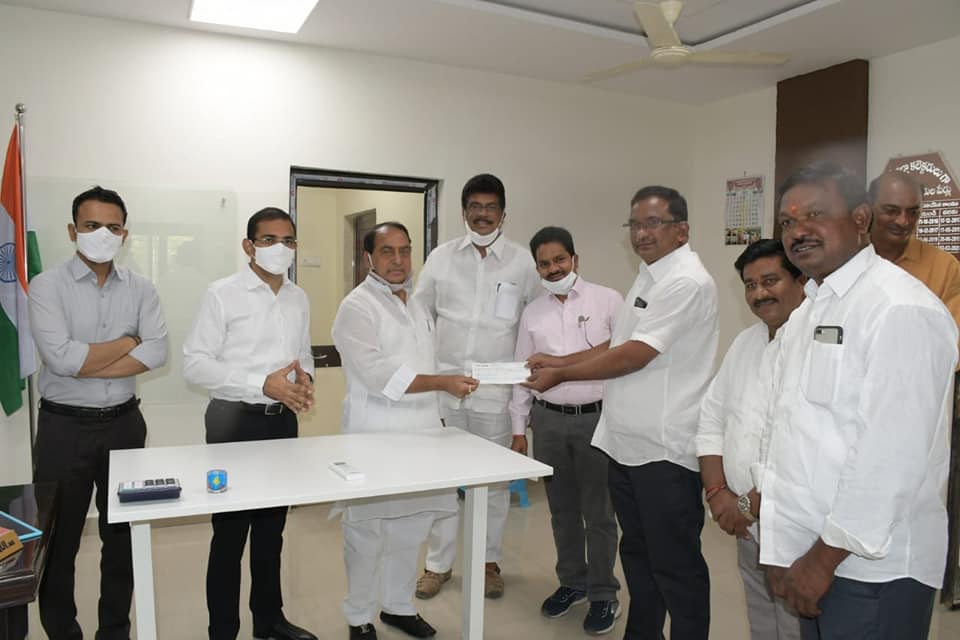 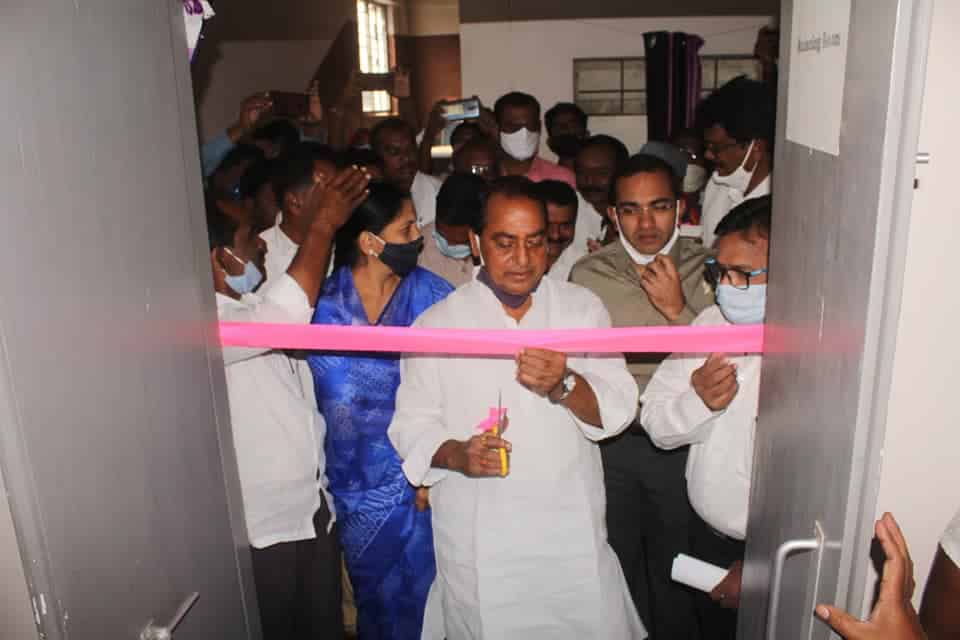 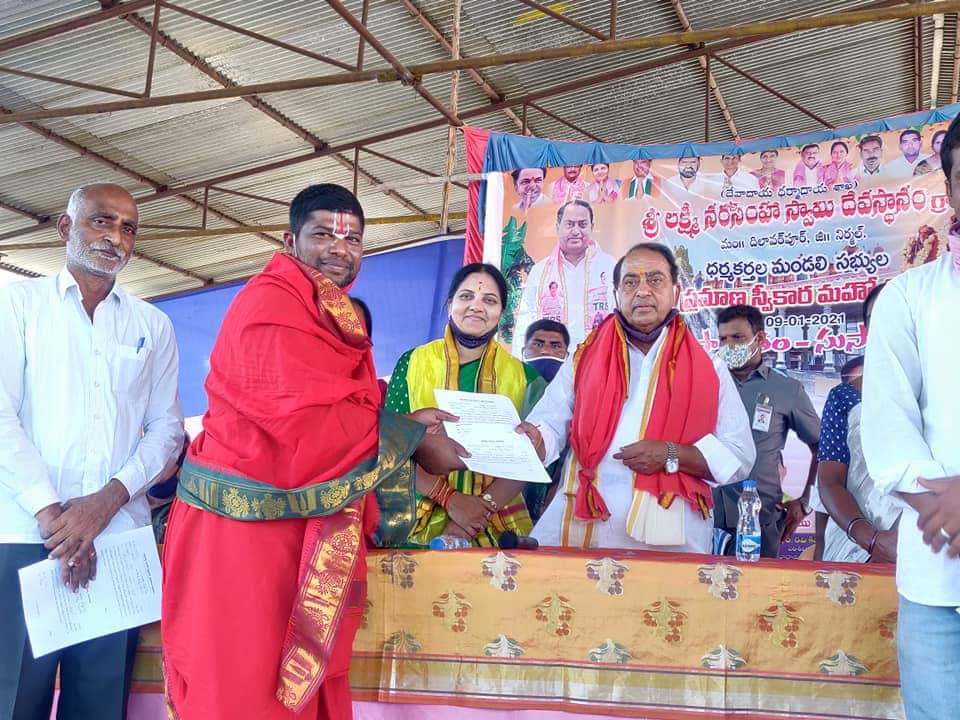 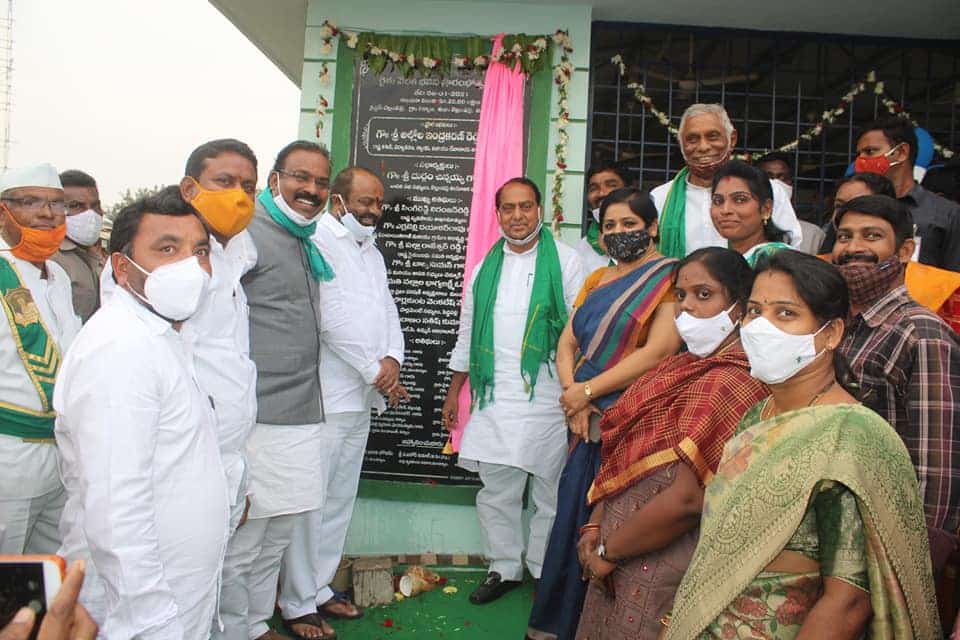 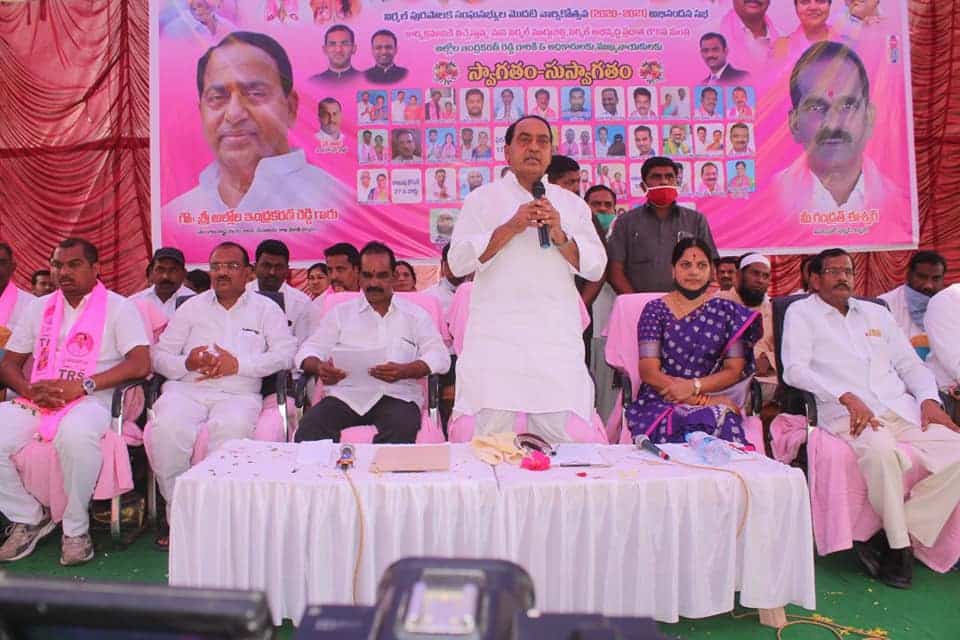 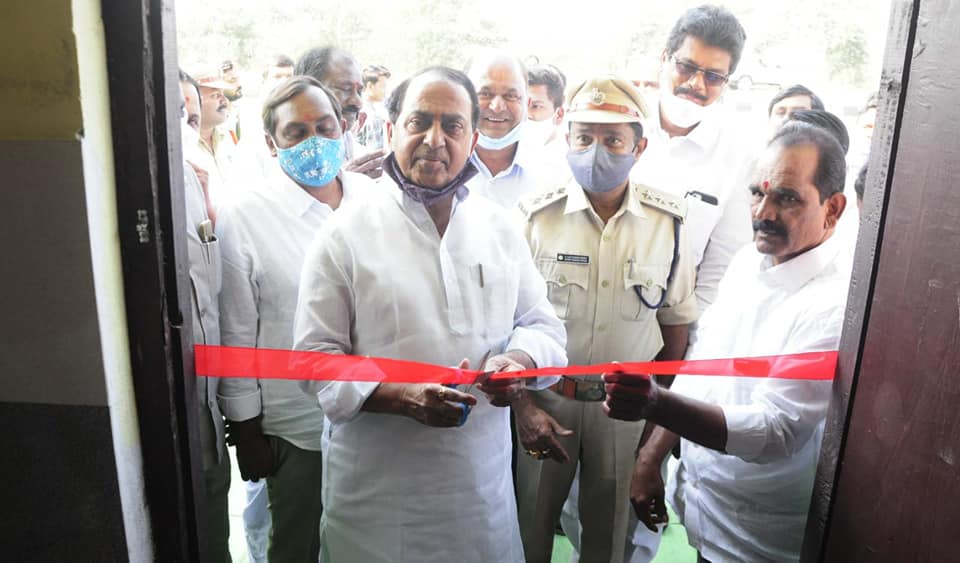 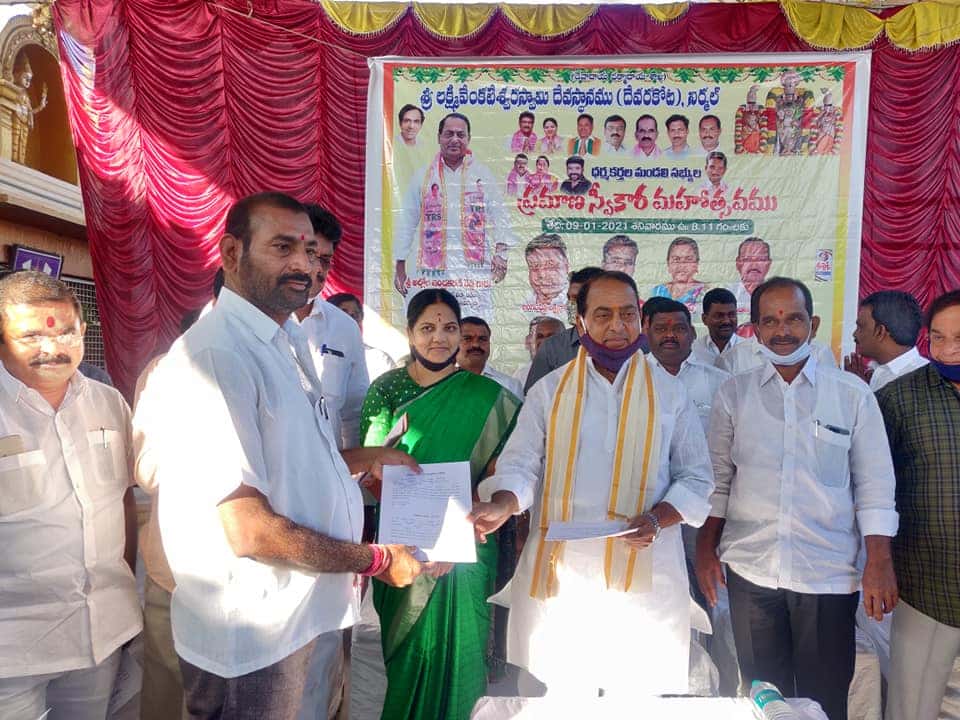 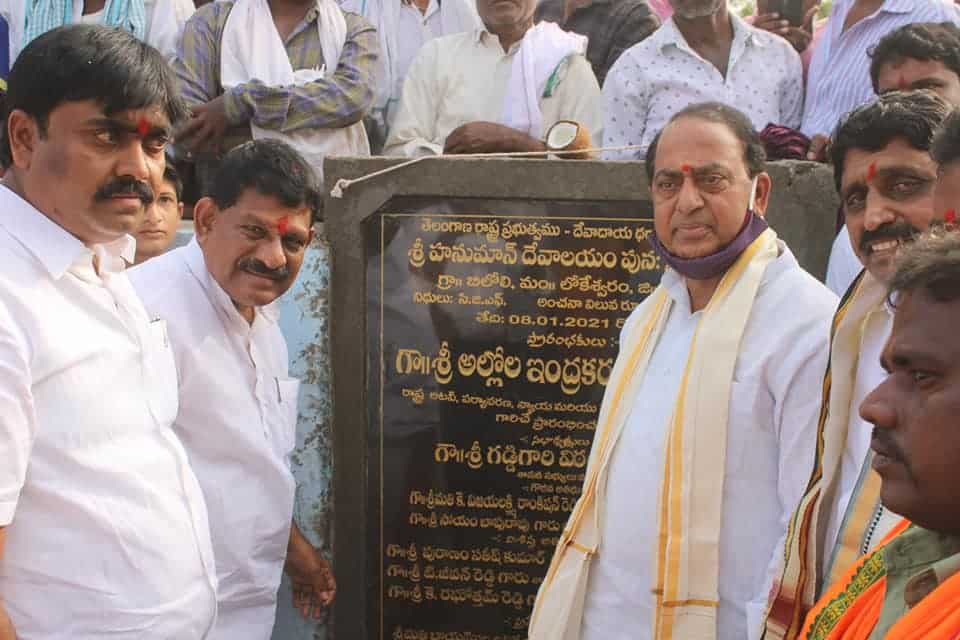 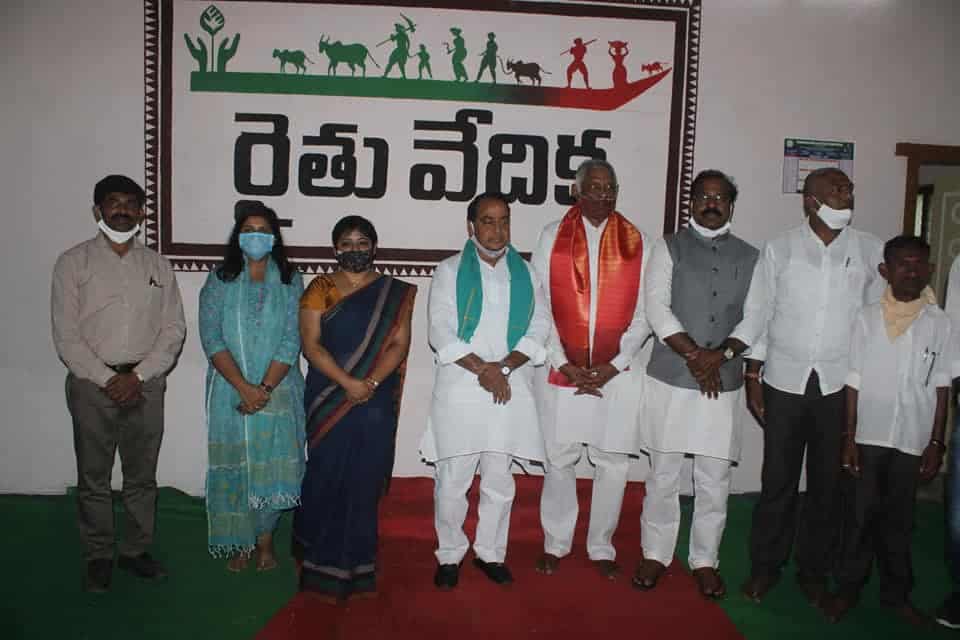 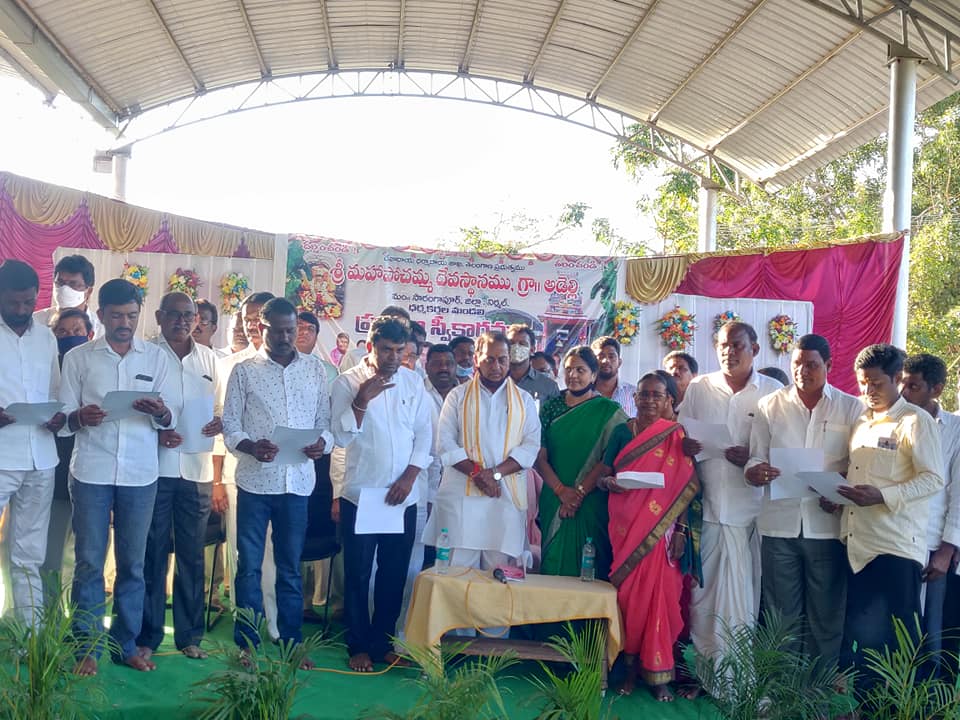 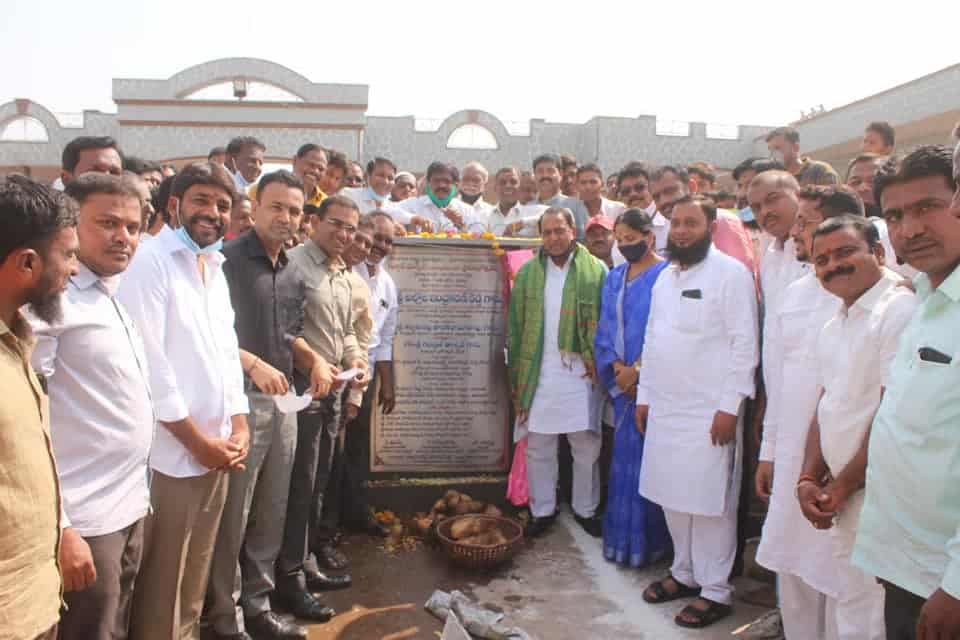 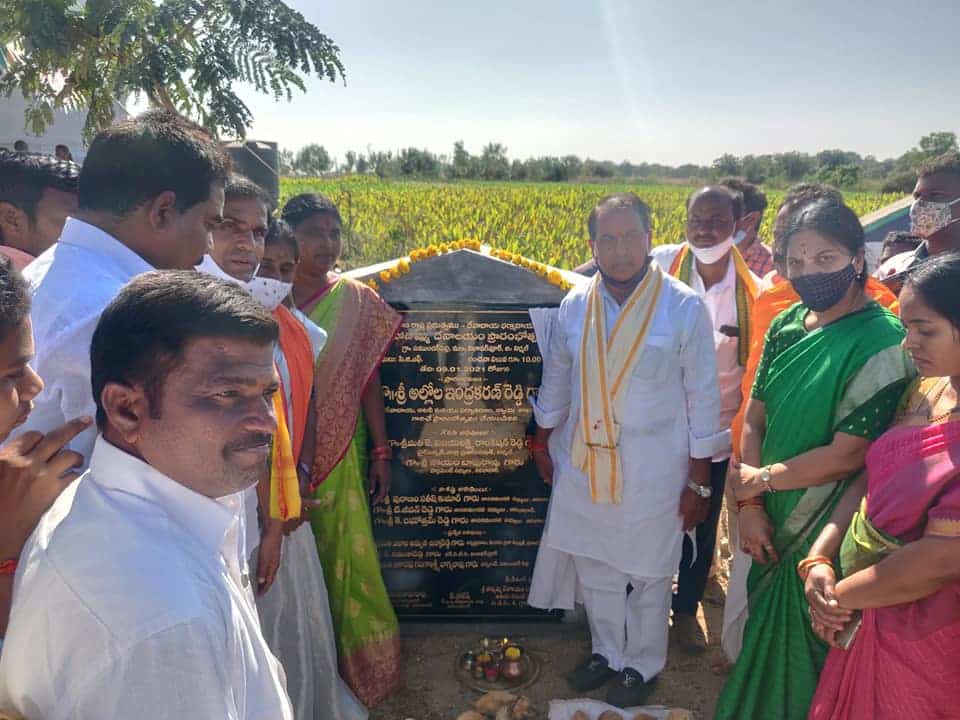 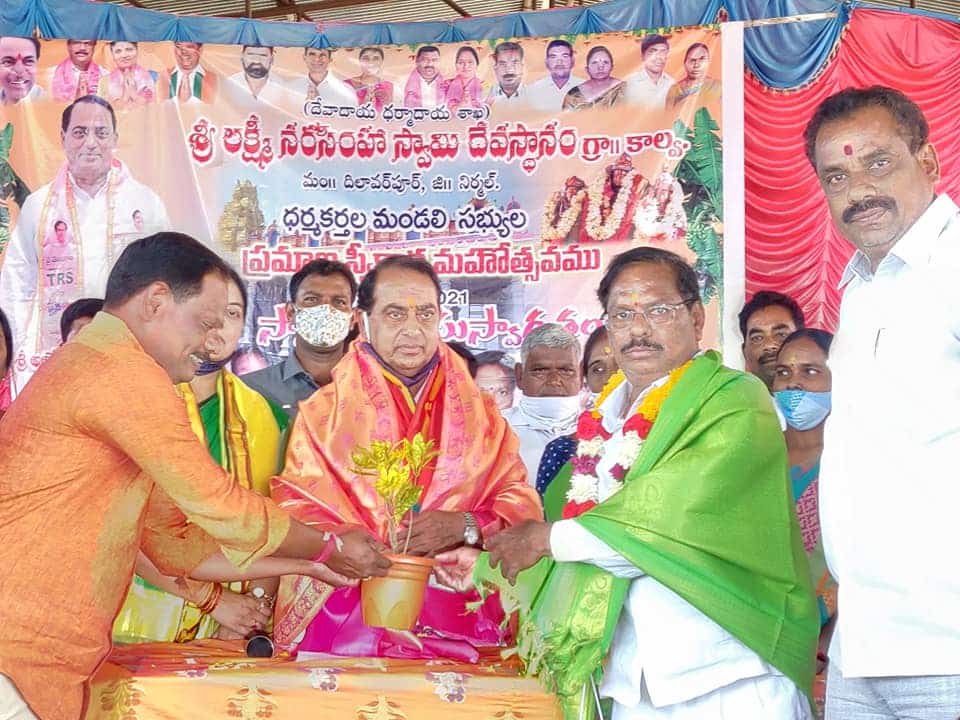 from Nirmal, Adilabad for the Indian National Congress.

from Nirmal, Adilabad for the Indian National Congress.

from Nirmal, Adilabad for the BSP

from Nirmal, Adilabad for the BSP

of Endowments, Law and Environment, Forest of Telangana

Today visited the 1st Harita Haram site inaugurated by Hon'ble CM KCR Garu on 5th July 2015 at Devunigudem,Khanapur.This Forest block will be converted into a Botanical Garden and will be renamed as KCR Green Forest and to allow public visitations. @TelanganaCMO @KTRTRS pic.twitter.com/DbReDn88aS

Hon CM Sri KCR Garu will be rolling out the 6th phase of #HaritaHaram in Narsapur,Medak Dist on Thursday & will be launched at Urban Forest Park. Today Along with Hon Min @trsharish visited Narsapur Park &monitored the arrangements being done for CM's visit @TelanganaCMO @KTRTRS pic.twitter.com/rvg66Sa9C1

While the continuous efforts are being put to fight the #COVID19Pandemic by our Hon'ble CM KCR @TelanganaCMO, some good samaritans, NGO's and prominent businessmen from #Nirmal generously donated 1.11 Cr to the CMRF and handed over the cheques today at Pragati Bhavan. pic.twitter.com/J7nOg41VA4

Thanks a lot for the birthday wishes Sri @jeevanreddytrs garu 🙏 https://t.co/89ajQdZadY

Many thanks for the birthday wishes Minister Sri @KTRTRS garu 🙏 https://t.co/gjTLrNEd7d