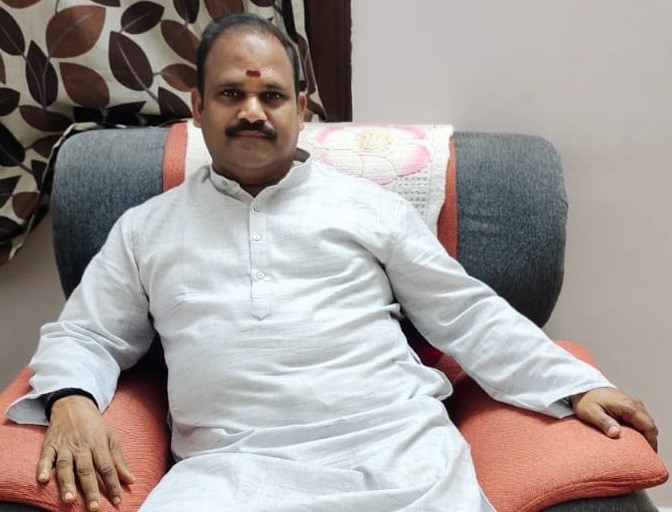 Rumandla Anil Kumar is an Indian politician from the Southern Indian state of Telangana. He is serving as Journalist Anti Attack Committee State Member.

In 1992, He received his Secondary Board of Education at ZP High School and Intermediate from Kakathiya Junior College.

Later, He Obtained a Graduation from Kakathiya University.

In 1996, He joined the Communist Party of India (CPIM) and worked all day by being involved in every organized Party meeting and working for the growth and development of the Party and organization.

As a DYFI Leader, he demonstrated his loyalty to the People by continuously working for their well-being, and striving hard for their benefit.

In 2007, He was drawn into active politics by the Telangana Rashtra Samithi Party (often called TRS) with great zeal and the desire to serve the People.

He increased his work ethic by honorably receiving the position as the Serilingampally General Secretary by contributing to the betterment of society by doing his tasks effectively and according to its laws and regulations in 2010.

In 2010, His ideological determination and generous sincerity made him Patencheru Constituency Vice President by further enhancing his responsibilities, always thinking about their welfare, and garnering great respect from the populace.

On the one hand, while continuing his Political responsibilities, Anil Kumar concurrently started his career in 2016 by joining the Journalist Sangam, which is one of the most dynamic journalism organizations in Telangana and Andhra Pradesh that connects and serves journalists at news outlets, big and small.

He was appointed as the Constituency President from Sangam, has been served in the position with gratitude, and perpetually worked hard for the well-being of society from 2007 to 2009.

In 2021, His ideological commitment and generous sincerity made him a Journalist Anti Attack Committee State Member, and has been constantly working for the people, thinking about their welfare, and gaining immense admiration from the people.

Anil Kumar began his professional career by working as a Journalist in 2009 and got a brief overview of the problems faced by the people.

In 2015, His unwavering commitment and true effort gained him the position of Constituency Incharge of Raj News up to 2021 by staying face to face with the people to solve problems, and with his sense of dedication he put out many inappropriate things in public. 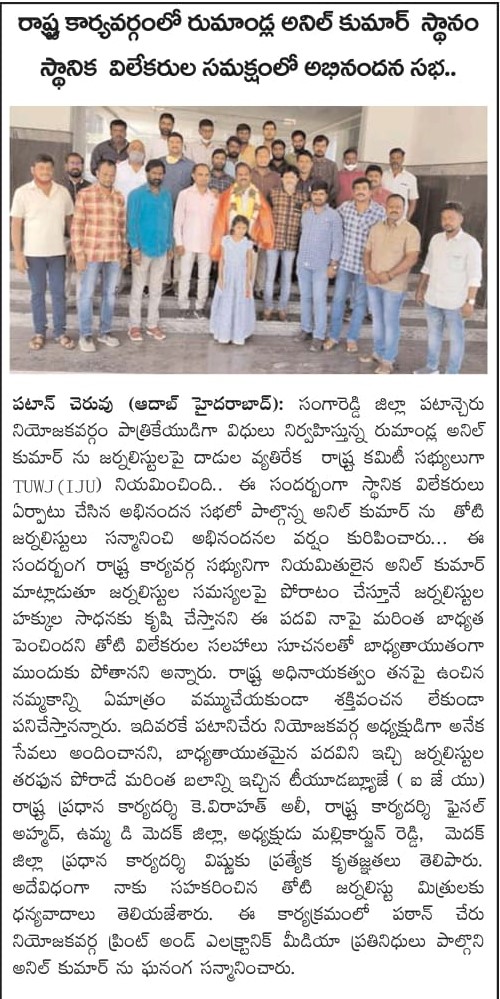 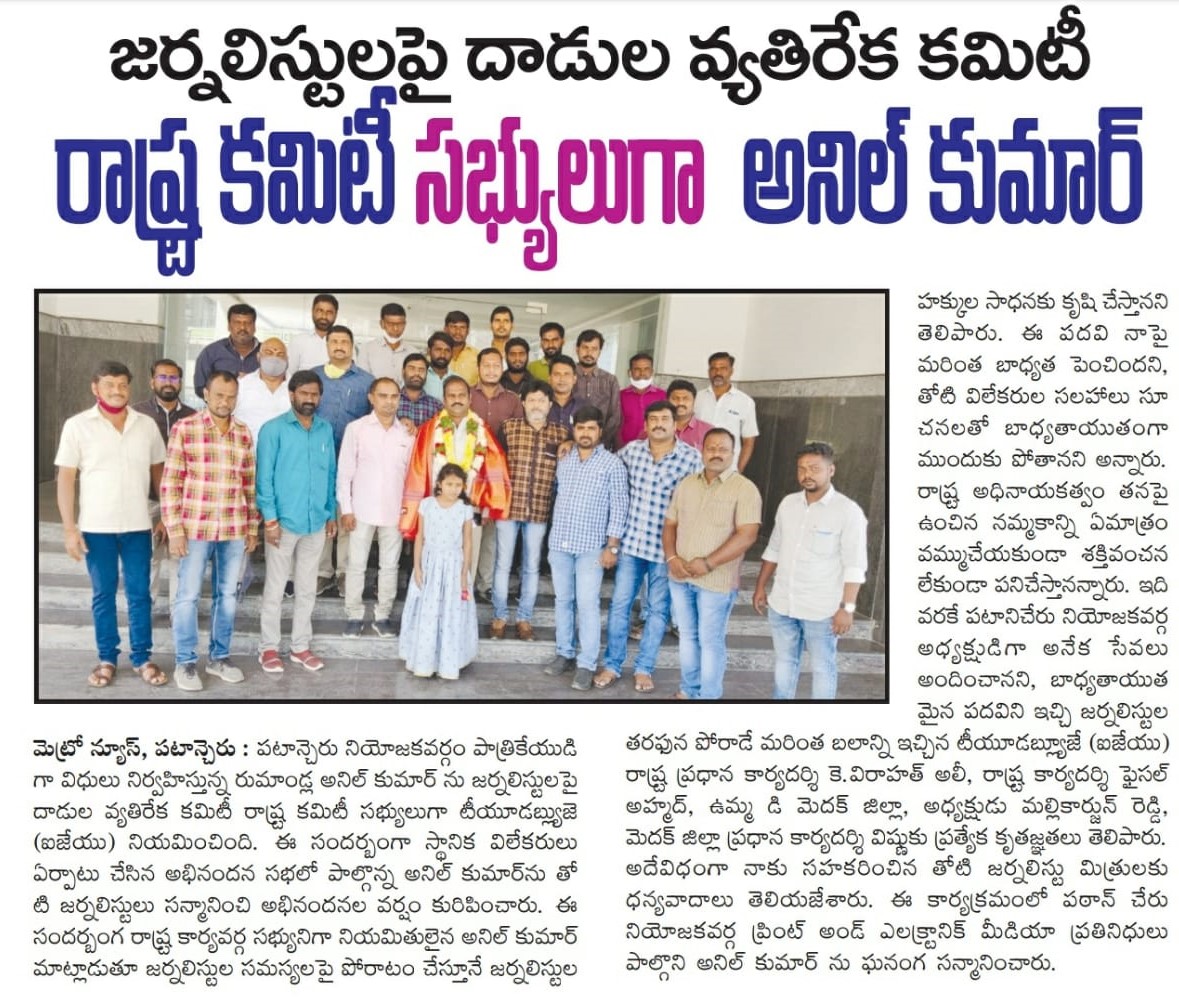 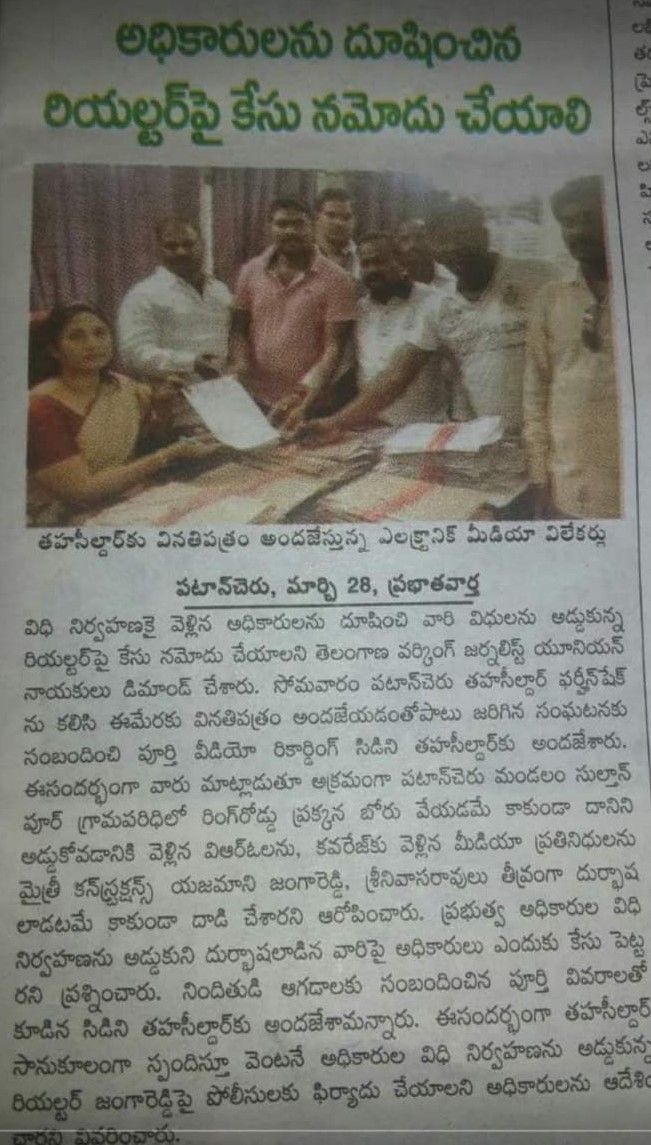 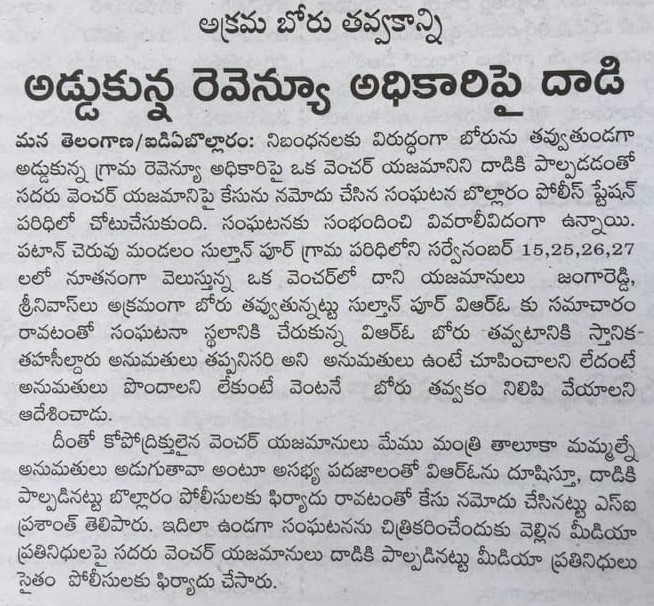 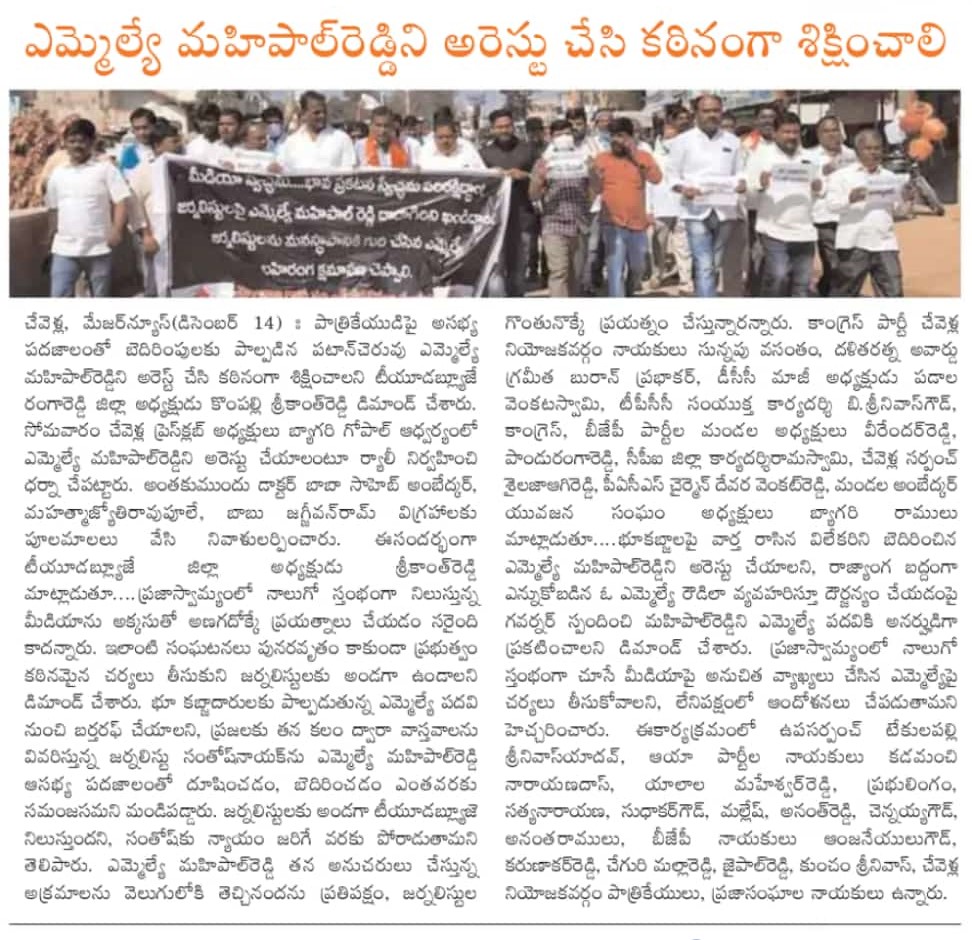 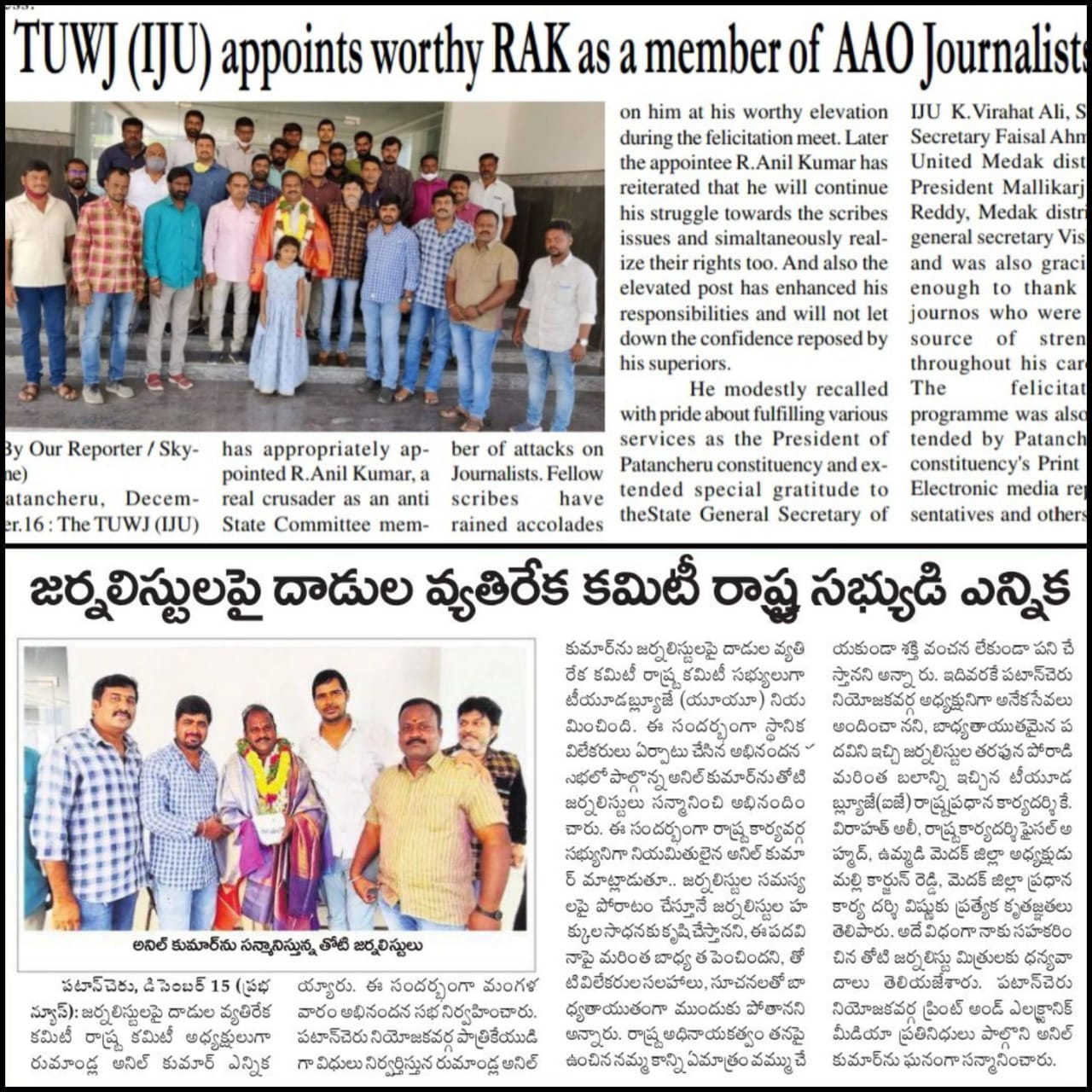 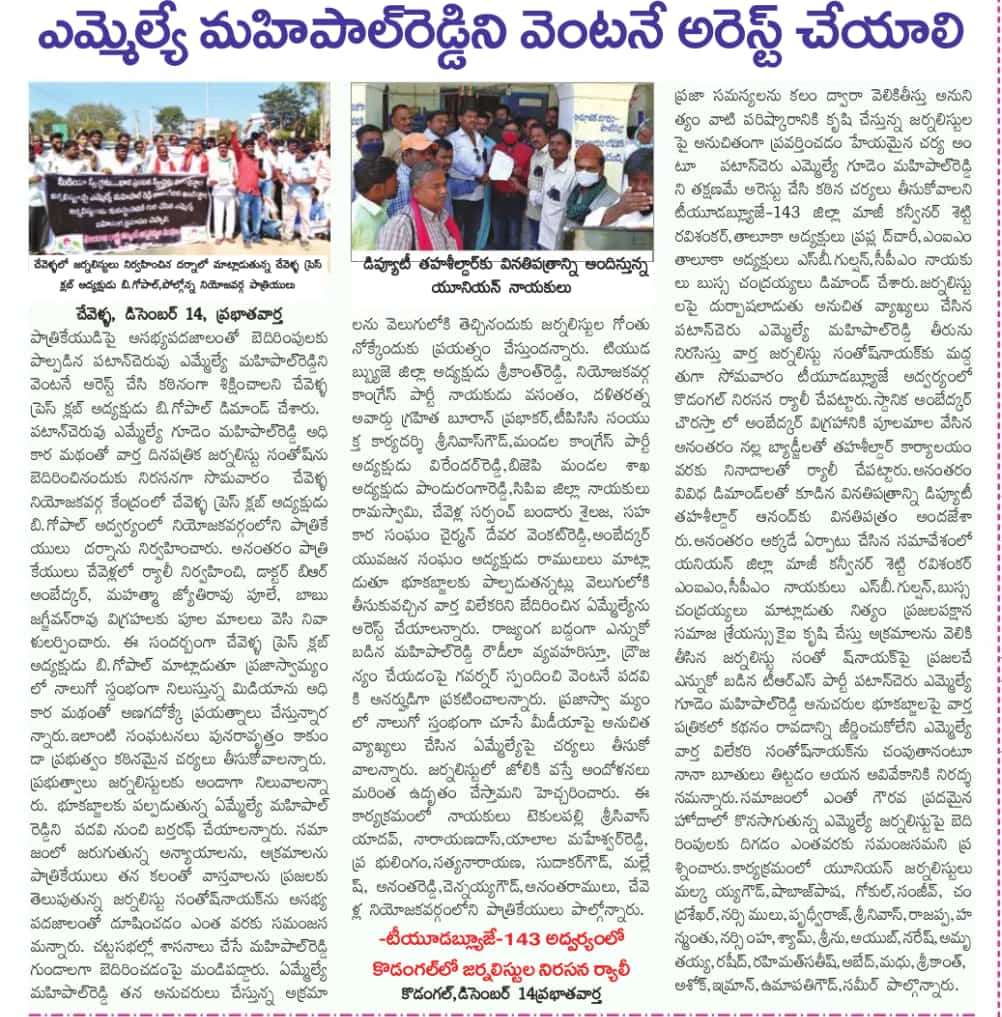 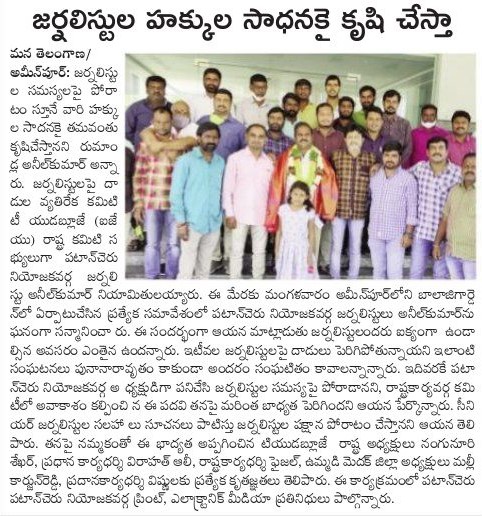 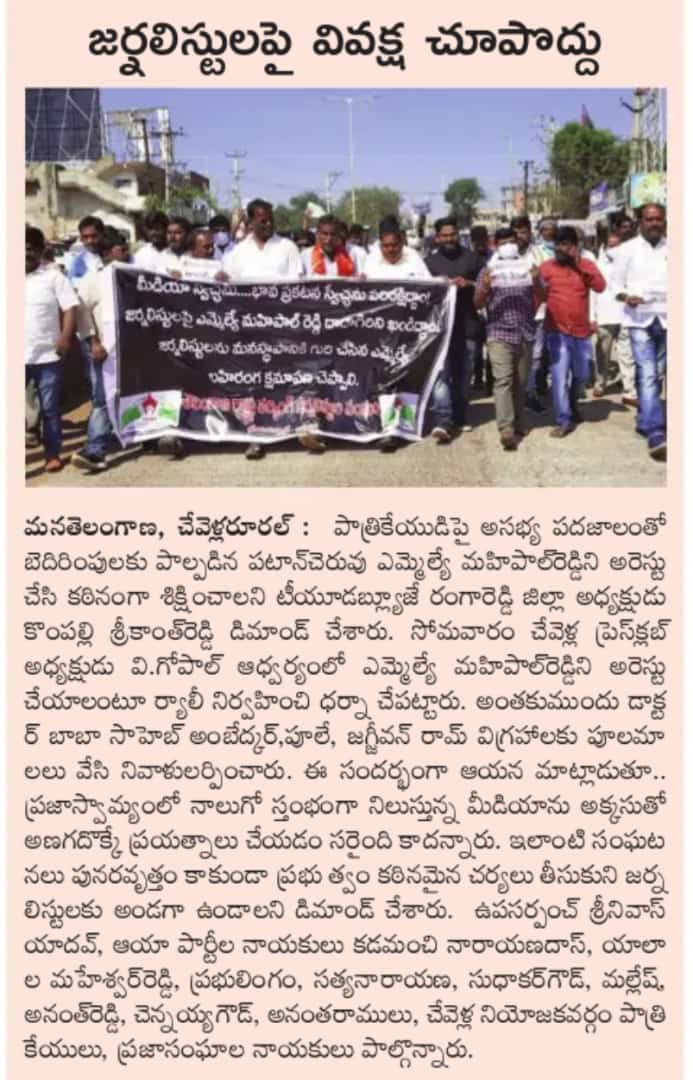 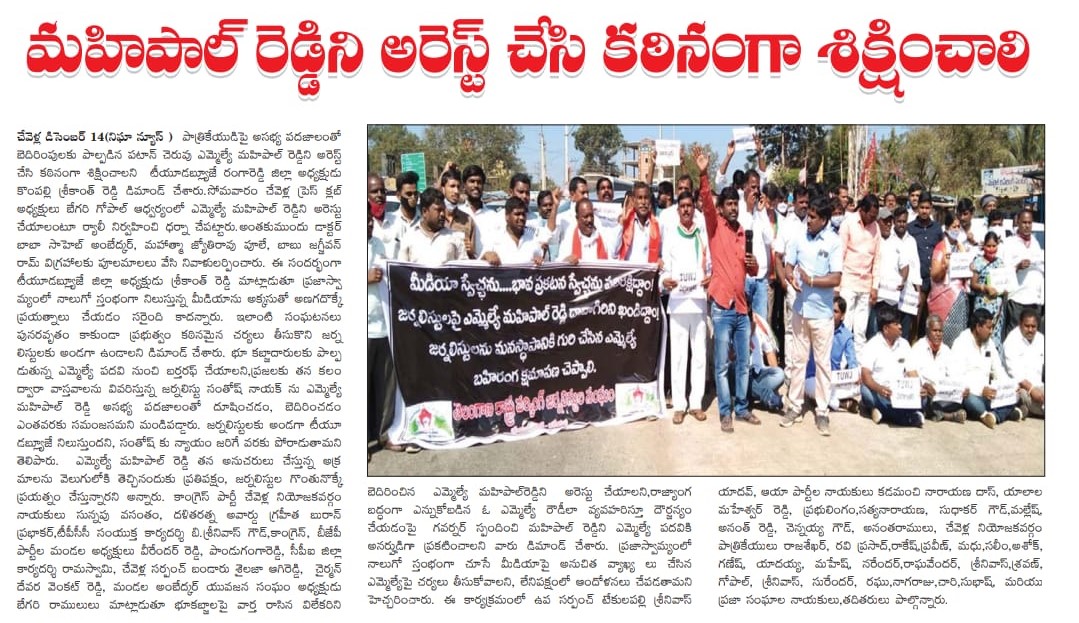 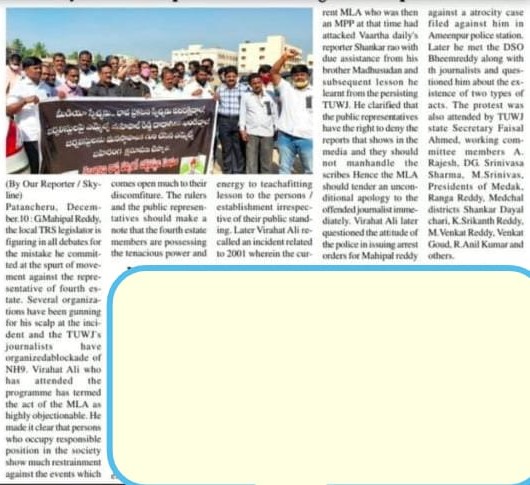 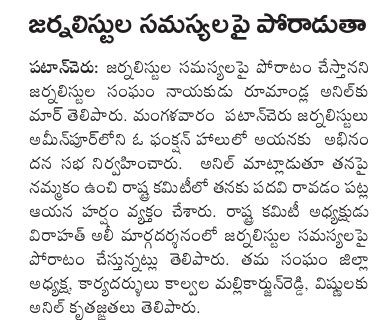 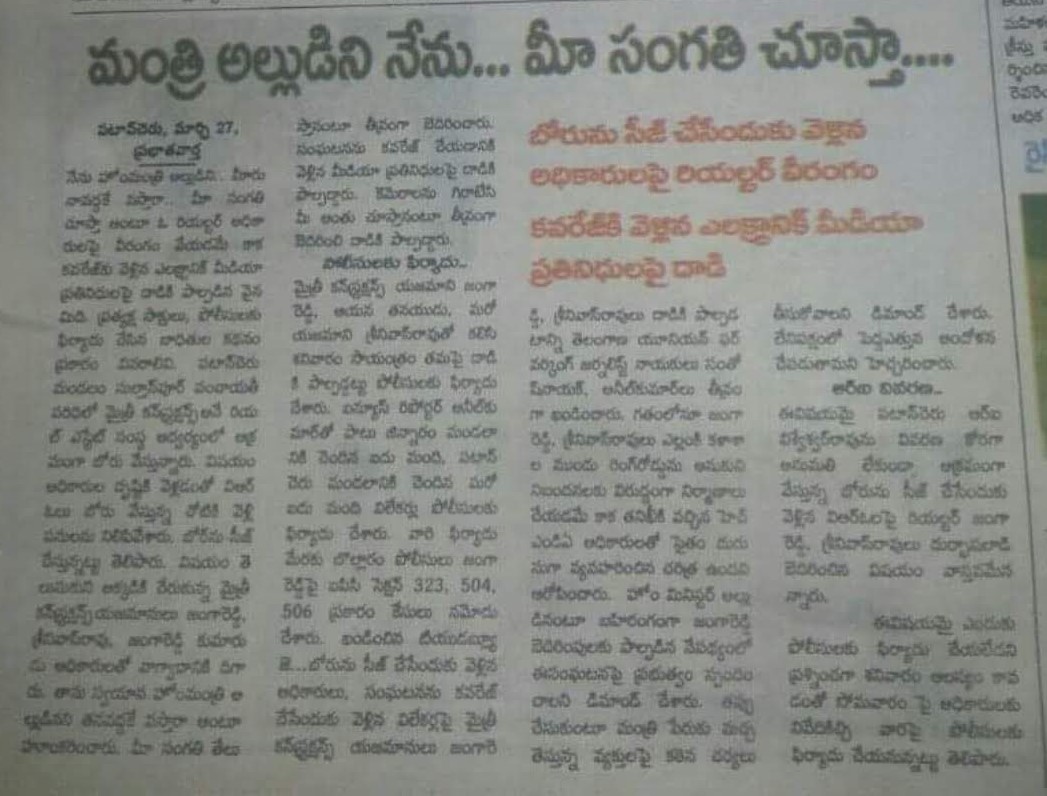 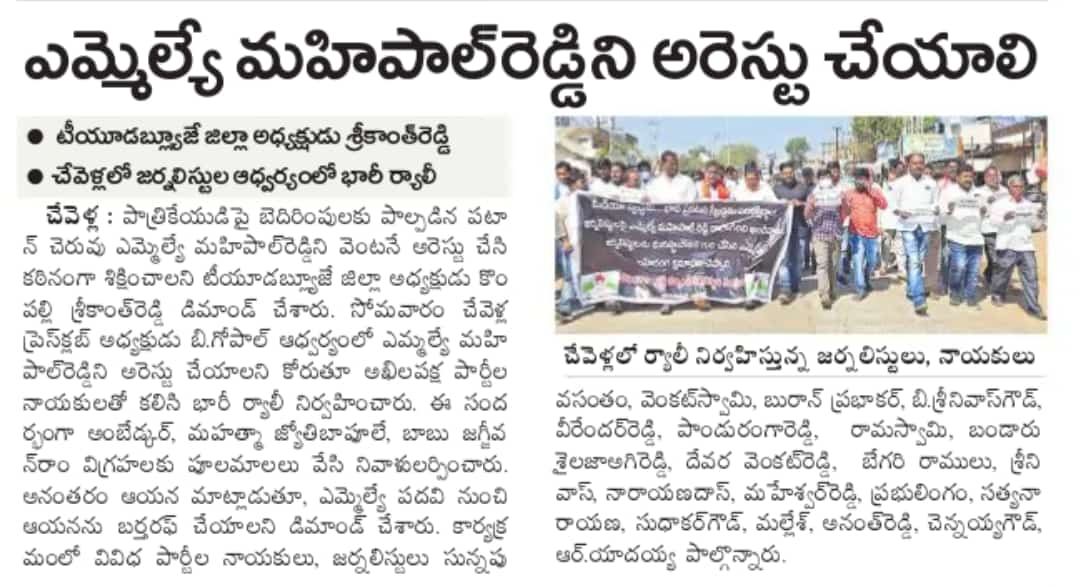