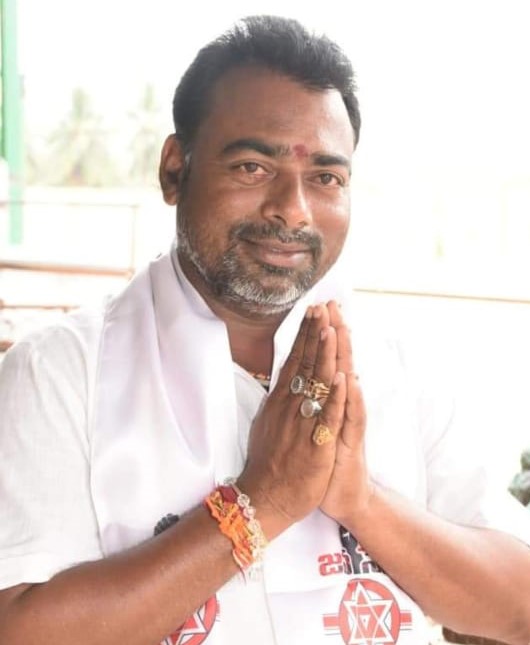 Moturu Sanyasi Naidu was born on 16th of November1975 to Late Moturu Ramulu & Narayanamma and raised up in  Ravada panchayat of Visakhapatnam District in the Indian State of Andhra Pradesh.

In the year 1993, He studied higher Secondary Board Examination from ZP High School situated at Parawada. By extending his studies he attained ITI (Industrial Training Institute) from Vamana ITI Institutes placed at Gajuwaka.

Since childhood, Naidu showed a keen interest in politics. In the time of his educational career, Sanyasi Naidu highly inspired by the service rendered by the Indian politicians.

This made him fortunate as this would provide him a path to do service to more people. At that moment he preferred to do service selflessly to the people in any situation and by extending his service and work by accepting the honorable positions.

In 1990, He was the General Secretary of Youngstar Seva Sangam of Dharmarayudupeta. In a Head of Time, Naidu has begun his political career in the period 1992, by joining the Rastriya Swayamsevak Sangh (RSS) which is an Indian right-wing, Hindu nationalist, paramilitary volunteer organization. He worked as an Active Member by fulfilling the people’s needs.

In the period 1996, Sanyasi Naidu resigned from the RSS Political party and contrasted into BJP (Bharatiya Janata Party) which is Congress’s current ruling political party of the Republic of India.

soon after joining the party, For his commitments and Trustworthiness towards the work, the BJP Party appointed him in the position of Village Committee President at Ravada panchayat .

Since the date of joining the assigned position, He has been working constantly for the BJP Party by actively participating in every program related to the political party.

In addition to his primary responsibilities, in the year 1998, He appointed and served as the Mandal President for Paravada from BJP at Visakhapatnam District in the state of Andhra Pradesh.

From then until 1999, he has been served in the honorable position that was assigned and doing his part to better society by carrying out his duties properly and following the rules and regulations of the party.

In Duration 1999, For Diligence and true heartedness of his work towards the commitment, the people living in Visakhapatnam district appointed him to serve as District Youth President from BJYM Political Party.

From the moment he has been appointed and kept his efforts by taking responsibilities like arranging appointments, preparing and collating reports, organizing and servicing meetings, mainly prioritizing workloads until 2000.

For his perseverance, dedication, and service, The party upgraded his position in 2005, as District President from BJYM. He has been served with gratitude and constantly worked hard for the committed position till 2005.

In the period 2006, Sanyasi Naidu left over the BJP Party and parallelly swapped his political party into Telugu Desam Party (TDP) founded by N.T Rama Rao who is an Indian actor, producer, director, film editor, and politician and also who served as Chief Minister of Andhra Pradesh.

In a Moment, His efforts and proposals boosted up and in the past 2006, He constantly elected as MPTC in Ravada Panchayat from TDP and he won with 399 majorities of votes.

Since then he has been serving constantly and working comprehensively all the time for the assigned position. He looks after the people and contributes them with all the facilities till the year 2012.

In an Orbit 2007, With the dedication and sincerity towards his work by one way, he parallelly upgraded his position to Andhra Pradesh MPTCs Association Vice President and carried out his duties and responsibilities till 2008.

He is the dedicated follower of an Indian actor and former politician Mega Star Chiranjeevi. In that looks, By twinkling of eyes, He contrasted his political party into Praja Rajyam Party(PRP)which was held by Chiranjeevi.

Since the date of joining the Party, He has been working as a PRP Party Active Member by playing a pivotal role in strengthening the unity and struggles of the working-class in the party. He comprehensively worked at the district level and towards the position, he carried out his duties.

During his Political Carrier, he highly inspired by the Indian Politician Pawan Kaylan, and in a minute of time i.e 2014, He resigned from the PRP party and contrasted with Janasena Party which is an Indian Regional political party founded by Tollywood actor and politician Pawan Kalyan.

In the sparkle of time, he was appointed as the Constituency Leader in 2014 from Pendurthi and he has been worked with all responsibilities. By fulfilling his responsibilities and duties, He parallelly appointed as Visakhapatnam sevadal Community Member in 2016and discharged his duties.

For his perseverance, dedication, and service, by Recognizing the work that sanyasi Naidu was doing. soonly, his position has customized as the Anakapalli Parliamentary Vice-Chairman from Visakhapatnam from JSP in 2018. Since then he has been monitoring the respective designations by solving the issues.

Being serving in the assigned positions, Sanyasi Naidu has been performed many social and welfare activities for the people. From the moment he has begun his early life till now he has been using all his resources for the people and pursuing his happy life of public welfare. In 2018 He was appointed as Vice President of Andhra Pradesh MSO cable operator Association.

By his prestige and Patriotism towards the position, The village people of Ravada Panchayathi with 1178 majorities of votes appointed him to serve in the designation as Sarpanch in 2021.

Since then he has been continuously serving by protecting the passengers which wake ups society strong. At last, his small aspiration made him a great impact by falling big wonders to the assigned position.

He had a dream to be self-employed and self-dependent. Shortly after the accomplishment of his superior studies. He has taken a proposal to be independent and With great intent and commitment.

At that moment, He set up a successful business of his own named Sri Sai Cable Network. He worked on that for a few years and finally had an outlandish experience in Cable Network.

He has earned thousands of customer’s satisfaction with his immense services.
On the one hand, Sanyasi Naidu is fulfilling his family responsibilities and proportionally balancing the multiple works.

Irrespective of any good political party, I am a supporter of good people who want something good for society. 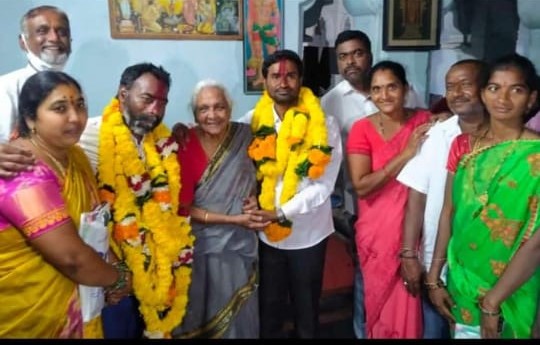 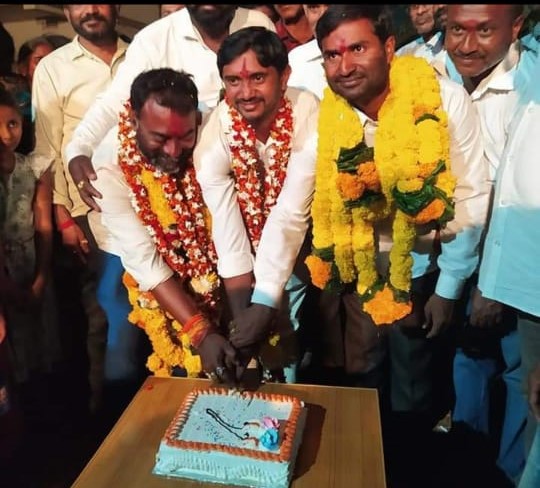 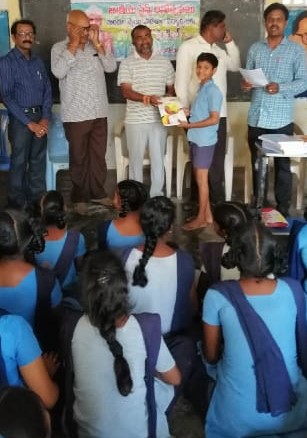 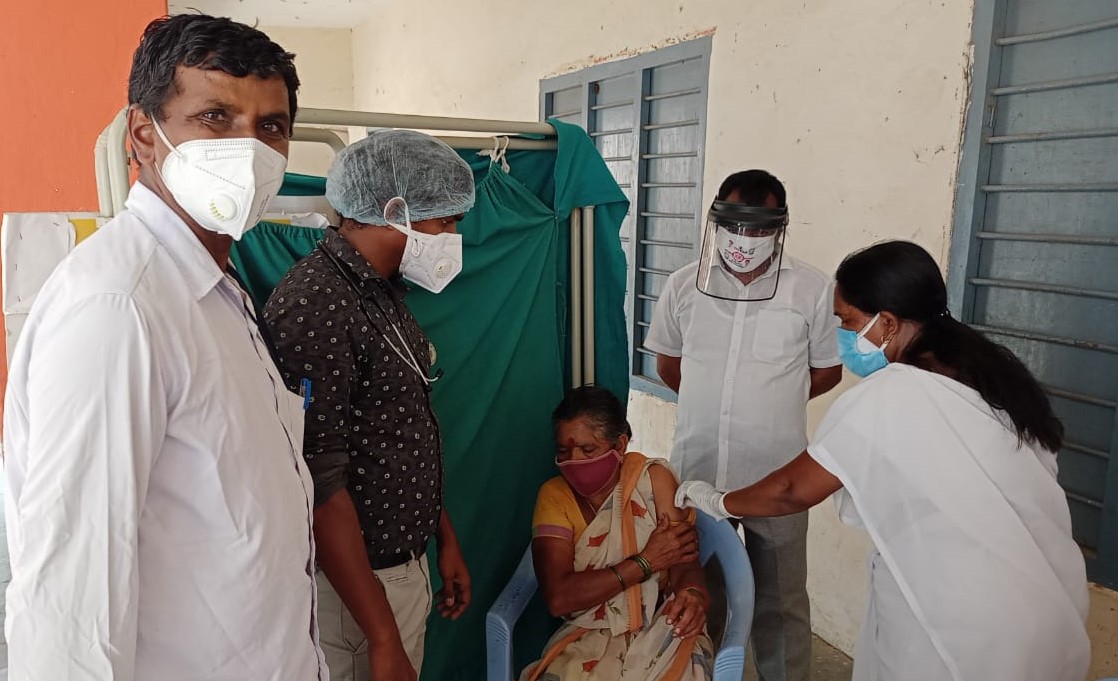 of Ravada Panchayat from TDP